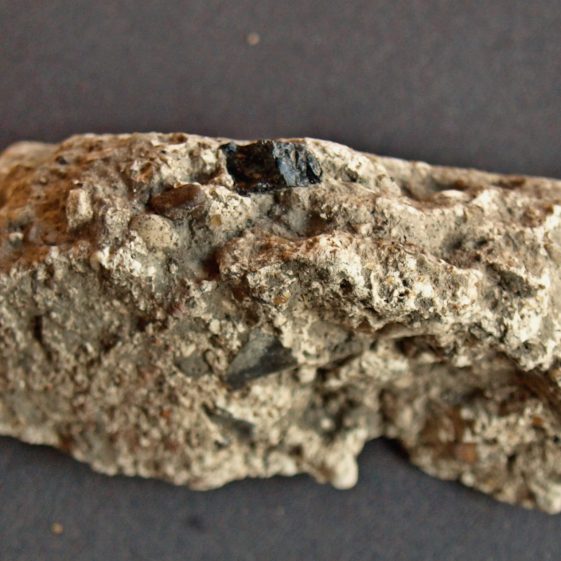 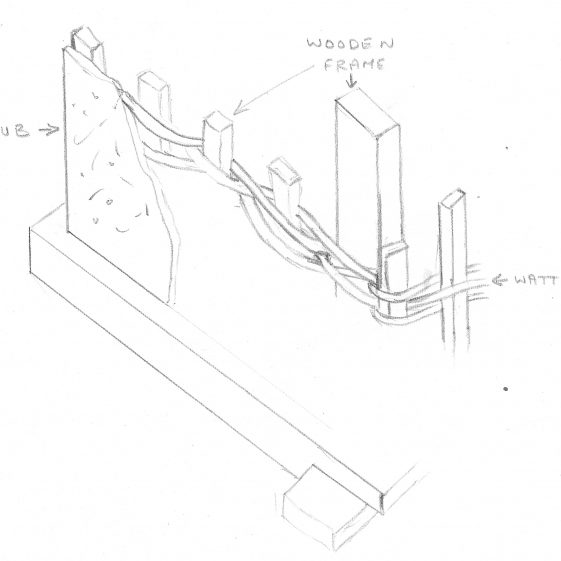 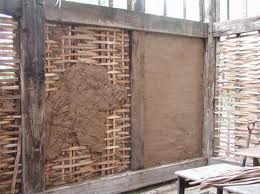 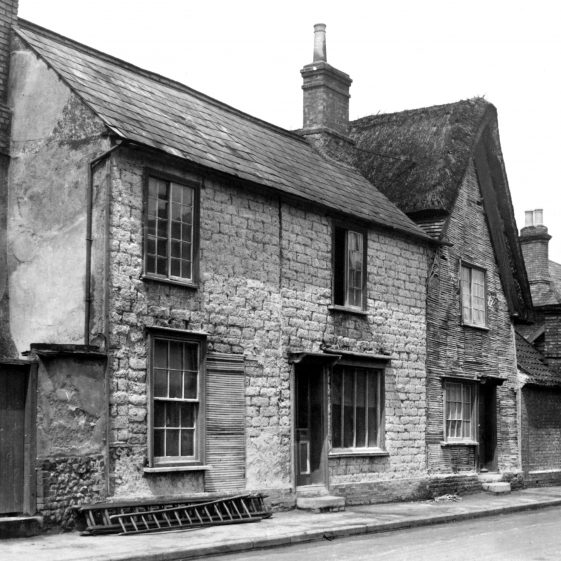 Wattle and daub was one of the earliest forms of building walls, dating from prehistoric times and it was still being used up until the twentieth century.

There was evidence of daub in the archaeological test pits dug in the village in 2013 and this was interesting as the findings (daub fragments) were closely associated with the locations of some of the manors in the village. Daub was found in all the Flambards pits except one. We think these may have been associated with Flambards Manor, but may be from a later building on the site. Daub was mentioned on the Flambards site in an earlier dig and identified as Medieval/Saxo-Norman.

There were also findings in the Meldreth Manor, Topcliffe Mill and Bury Farm (site of Veseys Manor) pits. It is difficult to date the findings as the soil is likely to have been disturbed over time and the context levels varied from Context 2, i.e. close to the surface (Meldreth Manor, Topcliffe Mill and Bury Farm) to Context 6 (pit six at Flambards Close and a second find in the Topcliffe Mill pit).  The other pits where daub was identified were at the Primary School and 43 High Street.

There are oral accounts of children collecting wattle and daub on the Flambards site during school holidays and burning it.

It should not be assumed that properties using wattle and daub were not present at other test pit locations or elsewhere in the village in the past. Wattle and daub fragments may have been missed, deteriorated or may have been present in contexts not dug. Also the test pits only covered a very small part of the village.

A big advantage of wattle and daub is that it is strong, but also flexible so it can accommodate movement in the building. It also provides good insulation and dries well as the daub disperses the damp.

Wattle consisted of a lattice constructed from thin wooden branches (often hazel) or slats either wound or nailed horizontally between upright poles.  It can be made of loose panels to form infill panels or made in situ to form the whole of a wall.

The daub was then worked in a number of stages:

Binders: these hold the mix together. For instance clay, lime, chalk dust and limestone dust;
Aggregates: these bulk up the material and give it stability. For instance: earth, sand, crushed chalk and crushed stone. Salt may have been added to help the wall retain moisture;
Reinforcement: these hold the mix together. For example straw, hair, hay, dung or other fibrous materials. They also control shrinkage and provide flexibility. It is unclear why dung was an important constituent. One theory is that the lignin content (from plant cell walls) improves the stability and workability of a daub. The daub would be mixed by hand, or by treading – either by humans or animals.

There is a lot of additional information at:

Wattle and Daub by Paula Sunshine Shire Books. 2006 with instructions on how to make your own
http://www.tonygraham.co.uk/house_repair/wattle_daub dissertation
http://www.theroundhouse.org website for a project building roundhouses