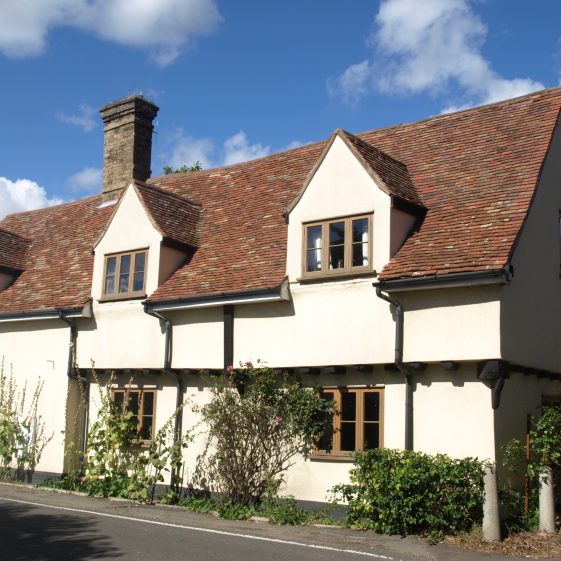 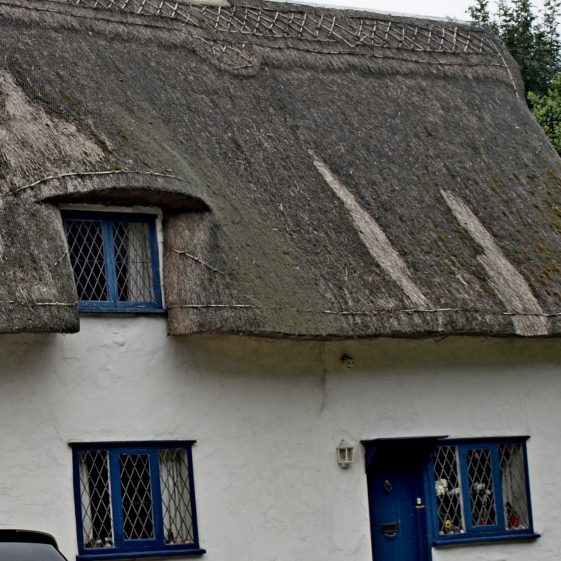 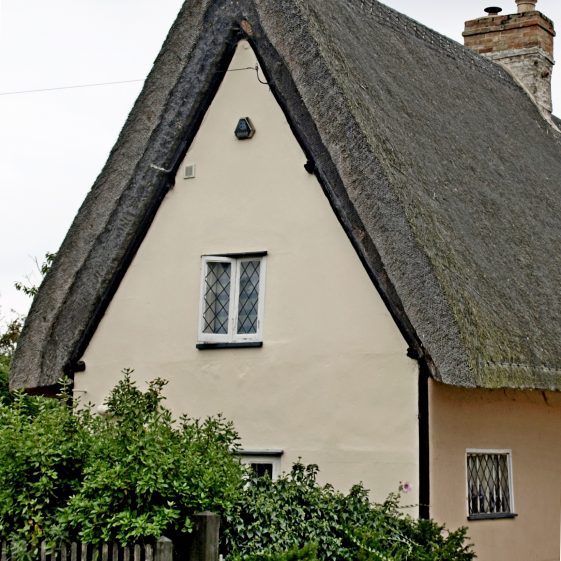 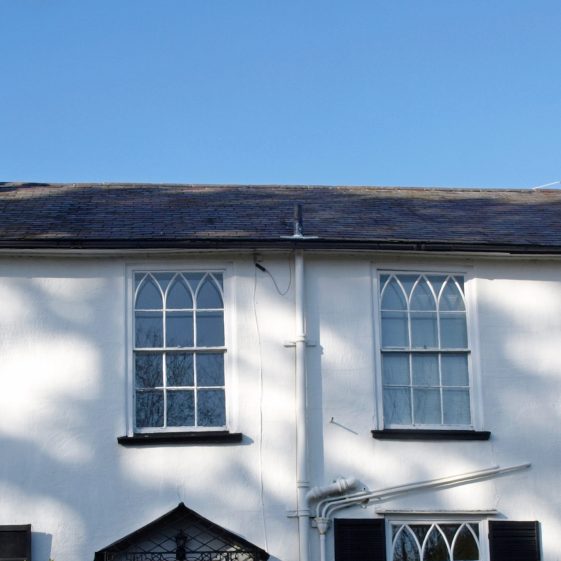 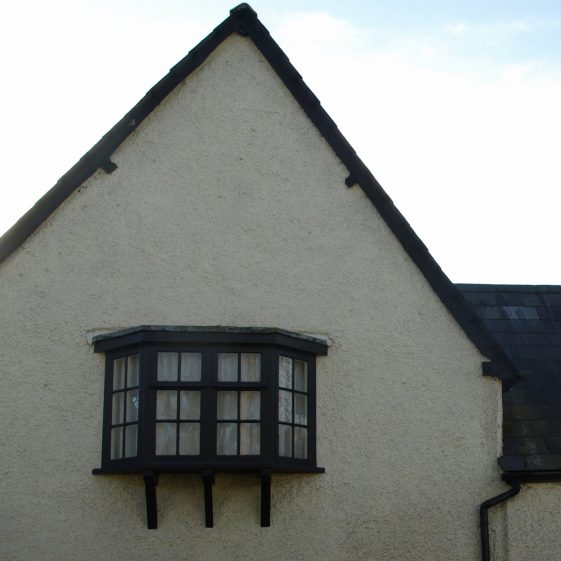 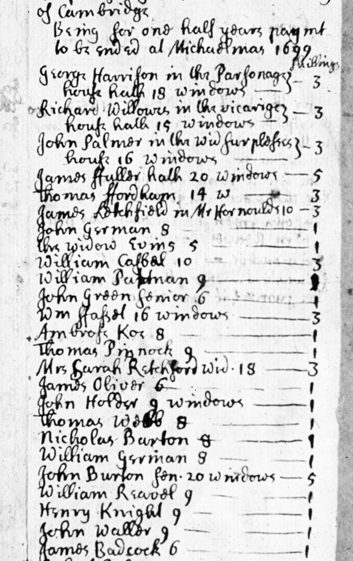 
Glass was found in several of the test pits dug in the village in 2013, but none of it was specifically identified as window glass.

Romans had glass in windows and it was then re-introduced in 1180, but was very expensive. Around the late 13th century the middle classes began to acquire glass but it did not become common until the late 16th century.   A popular style was mullioned which joined multiple small pieces of glass in a lead lattice. As it was so expensive window glass was designed to be transportable when one moved house. Poorer people used thin strips of horn or linen soaked in tallow or resin which were translucent (but flammable) and even cattle placenta.

The listed building data includes the following types of windows in Meldreth:

Examples of some of these window types can be seen in the photographs above.

Manting House in North End (pictured) has louvred shutters on some windows.

A downloadable pdf file gives details of the window structures on Meldreth’s listed buildings, including the church, together with a full glossary.

In 1696 a “window” tax was introduced which continued until 1851 (with some changes in the method of calculation). This was a property tax which involved an extra tax, over the flat house rate tax, for the number of windows above ten. This was an attempt to introduce a tax related to the prosperity of the owner. For ten to twenty windows the tax was equivalent to £24.21 per year in 2014.

Some owners therefore bricked up some windows, although I am not aware of any examples in Meldreth.

In addition a tax on glass at the point of sale was introduced in 1746 lasting until 1845.

After the 1840s sheet glass was mass produced and was of better quality and cheaper and so became more extensively used.