Occupants of Orchard Cottage: The Dodkin and Coningsby Families 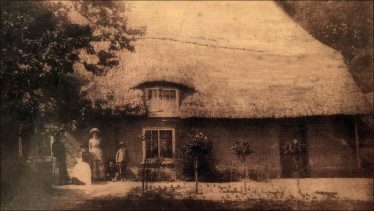 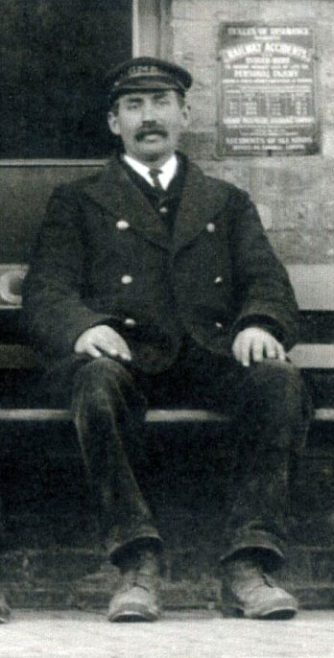 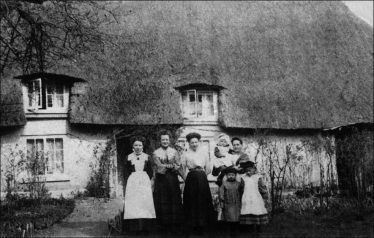 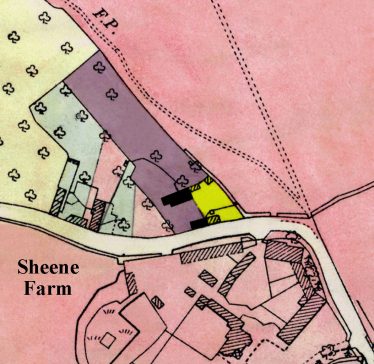 Born in 1834 and hailing from Drury Lane in Melbourn, by 1881 William Dodkin and his family had become the occupants of Orchard Cottage.

Married in Bassingbourn to Kitty Peverett in 1856, William, previously described as an agricultural labourer, is listed in the 1891 census as a Gardener. Kitty came from Kneesworth though her father Simon, a shepherd, was born in Balsham and married in Harston.

Described in the 1883 Cambridgeshire Jurors Book as a labourer and freeholder, William and Kitty raised eleven children born between 1856 and 1881. Leaving effects totalling £53.00 William passed away in 1898 and Kitty followed him four years later in 1902.

On the last day of December 1903 William’s two youngest sons, Leonard Walter Charles Dodkin, a coachman, and Harold Dodkin, a labourer, completed the requisite legal paperwork – a Deed of Enfranchisement – and purchased from the Manor of Sheene the land-holding containing Orchard Cottage and, possibly, Sheene Cottage. For this they each paid the sum of £28.00.

Through a Deed of Enfranchisement rented copyhold land could be converted into freehold land by assent of the Lord or, as in this instance, the Lady of the Manor, Agnes Ann Egg.

Mrs Egg remained Lady of the Manor until 1916 albeit living for many years in Woodford in Essex, then a rural suburb of London. The house and farm at Sheene Manor were instead occupied by orchard owner George Palmer who had taken on the lease in 1893 and later purchased outright in 1922, so assuming the title Lord of the Manor.

The Deed of Enfranchisement, one for Leonard and another for Harold, is a lengthy hand-written document full of legalese and little punctuation but the last paragraph which describes the property is of most interest. It says:

All that messuage or tenement formerly in the occupation of James Pryor and William Farnham afterwards of Joseph Pryor and widow Charlotte and late of Joseph Pryor situate and being in Meldreth in the County of Cambridge with the orchard or close of pasture thereto containing by estimation three roods and with the barn carpenters shop outbuildings and other appurtenances thereto belonging as the same is now in the occupation of Arthur Duke.

This is the first written reference to the involvement of a William Farnham or an Arthur Duke. There are several William Farnhams born in nearby villages before 1800 and a William Farnham born in Meldreth in 1814 but who this particular William was, what relationship he had to James Pryor, and whether he once occupied Orchard Cottage or Sheene Cottage is unknown.

Arthur Duke is Arthur William Duke who had migrated from Great Chishill to Melbourn by 1901. His tenancy of Orchard Cottage could only have been after Kitty Dodkin’s death in 1902 and before 1905 when we know the next recorded tenant, Joseph Felstead and his family, were resident.

In 1905 a huge fire had destroyed the four neighbouring cottages situated between Orchard Cottage and the modern bypass flyover. Both a postcard picturing the smouldering remains sent soon after the event and a local newspaper report record one of the residents, Mrs Negus, being taken ill and given shelter by her neighbour Mrs Elizabeth Felstead. The 1911 census confirms Joseph Felstead, a Hay Presser from Hertfordshire, his wife Elizabeth and seven children all living in Orchard Cottage.

According to the Valuation Office Survey, by 1910 the original plot was already officially divided. Orchard Cottage has been separated from Sheene Cottage with the larger part of the land-holding being retained by Orchard Cottage. A farmer and coal merchant from Whaddon, Arthur Richard Coningsby is recorded as the most recent owner to rent out Orchard Cottage whilst the Dodkin brothers retain ownership, but not occupation, of Sheene Cottage.

The division of the land and buildings is unusual. The map shows the once longer Sheene Cottage split into two with the left half being retained by Mr Coningsby. The right half, which we still see today, and the former extension to Orchard Cottage, and an outbuilding further to its right, are all retained by the Dodkin brothers.

It would seem that having made their purchase neither Leonard nor Harold Dodkin intended to live for any length of time in either Orchard Cottage or Sheene Cottage. In 1904 Harold joined the Royal Regiment of Artillery and next appears in 1911 living in Barley with his new wife Rosamond, a baby daughter, and his father-in-law. Subsequently, and then in his mid-thirties, Harold resumed his military career as a highly-decorated Private in the 8th Middlesex Regiment. The National Roll of the Great War 1914-18 recalls:

He joined in June 1916, and in the same year was drafted overseas. During his services on the Western Front he fought with distinction at the Somme, Ypres and Cambrai, and in many subsequent engagements until the cessation of hostilities. He was awarded the Military Medal for distinguished gallantry on the Field and holds in addition the General Service and Victory Medals. In May 1919 he was demobilised.

His brother Leonard is missing from the 1901 census but re-appears between 1911 and 1935 living in Frog End, Shepreth.

For reference, the Land Values Map still shows the four neighbouring cottages destroyed by fire in 1905 but only because the Valuation Office re-used a slightly revised version of the Ordnance Survey Map first published in 1886.