You are here: HomenextNew contributionsnextEarly Methodism in Meldreth and the Founding of its Wesleyan Chapel

Early Methodism in Meldreth and the Founding of its Wesleyan Chapel 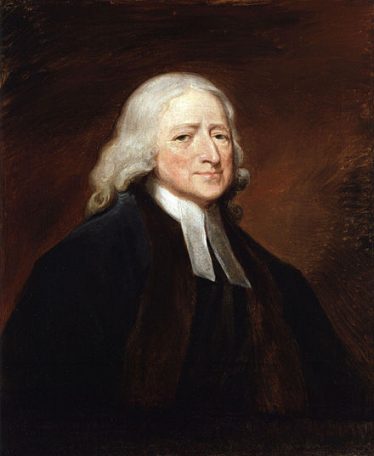 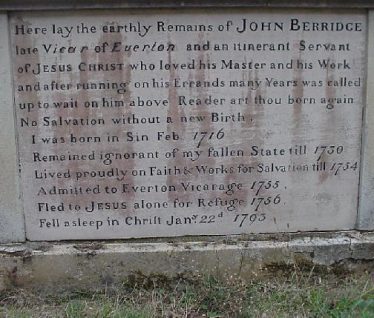 zoom
The grave of Reverend John Berridge, friend of John Wesley, who preached to 4,000 people at Meldreth in 1759, St Mary Churchyard, Everton, near Sandy, Bedfordshire
www.findagrave.com 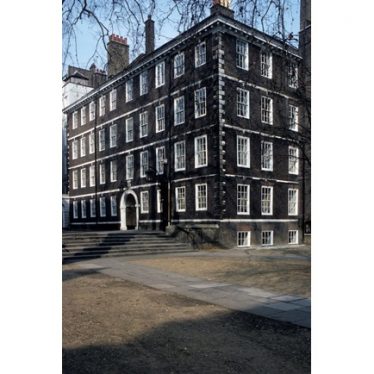 zoom
Essex Court, Middle Temple, London where the 1846 indenture for the purchase of land by Humphrey Course was drawn up and witnessed
www.britishlistedbuildings.co.uk 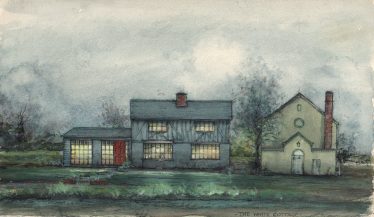 zoom
Painting of the Meldreth Wesleyan Chapel and adjoining White Cottages, North End, undated but the scene depicted may date from the early decades of the twentieth century, after the Chapel was renovated in 1906
Provided by Maurice Prové

The Victoria History for Cambridgeshire records that religious non-conformism was already becoming well established in Meldreth by the second half of the seventeenth century (see Non-conformism in Seventeenth Century Meldreth, elsewhere on this website). This took several different forms; a Congregational meeting was licensed at Meldreth in 1672 and there were 12 non-conformist families in the village by 1676. Their numbers grew so that by 1728 there were 34 dissenters (as they became known) with houses and barns being licensed for Protestant worship in 1747 and this continued over the next century. They were not predominantly Methodists; the Victoria County History tells us that by 1836 most of the parishioners had become Independents (often called Congregationalists) or Baptists and by 1851/2 they had built a new meeting house, the Congregational Chapel, on the west side of Meldreth High Street.

But Methodism had also begun to flourish nationally and locally, initially as a revival movement within the 18th century Church of England, driven by the teachings of John Wesley and, amongst others, his brother Charles. John Wesley (1703 – 1791) was born in Lincolnshire and educated at Charterhouse and Christ Church, Oxford. He was ordained as an Anglican priest in 1728 but later left the established Church and began his own ministry. A key stage in its development was his travelling and preaching outdoors, as recorded in his detailed journals. The Victoria County History, referred to above, records that he preached to around 4,000 people in Meldreth in 1759 but this is now thought to be incorrect. In Volume 11 of Wesley’s Journal, the entry for 30th May 1759 tells us that “On Monday sennight (that is seven nights ago) Mr. Hicks accompanied me to Meldreth…..” but this is taken from a letter sent to John Wesley by Rev. John Berridge and quoted by Wesley in his Journal. So the “me” in question is not Wesley but Berridge. The account continues:

“We then went to Meldreth where I (i.e. Berridge) preached in a field to about four thousand people. In the morning at five Mr. Hicks preached in the same field to about a thousand. And now the presence of the Lord was wonderfully amongst us. There was an abundance of weeping and strong crying. And I trust beside many that were slightly wounded, near thirty received true heartfelt conviction.”

The Rev. John Berridge was a friend of John Wesley and, after a period as curate at Stapleford, became vicar of Everton near Sandy. In the same account he refers to going on to preach to ten thousand people at Shelford and to his associate Mr Hicks being “engaged to preach in Orwell field.” There are no known records of John Wesley himself preaching at Meldreth. What is striking about Berridge’s account is the size of the crowds that evidently assembled – to have an audience of 1,000 people in a field at five o’ clock in the morning is remarkable given that this was a quiet part of rural Cambridgeshire with a relatively small population at the time.

We know that early Methodist gatherings often took place in premises hired out for the purpose, for example in central Cambridge where meetings were held from 1803 in a room in the yard of ‘The Brazen George’, originally a medieval students’ hostel and in a very poor part of the city. In Meldreth, until 1850 there were no dedicated premises in which Methodists could hold their services but there were strong supporters of the Methodist cause living locally who made their homes available for this purpose. A branch of the Course family lived at Vine House on North End, opposite where Meldreth’s Wesleyan Chapel came to be built. Humphrey Course (1815-1889) and his wife, Jane, who had one child, Humphrey Frederick, made a room available in their home for meetings and services to take place. We do not know how many attended but it seems clear that the arrangement outgrew its usefulness and Humphrey Course decided to make available to the Meldreth Methodists a piece of his land for the purpose of founding a proper place of worship. He acquired this land by virtue of an indenture dated 1846, a transcription of which is attached to this page.

The land concerned was previously in the joint ownership of “James Triplow of Meldreth, labourer and Alice his wife (formerly Alice Cornish, spinster); William Worland of Meldreth, cow-leech (literally cow-doctor) and Susan, his wife; William Coningsby of no.7 Broughton Place, Hackney Road in the County of Middlesex, cheesemonger, and John Coningsby of no.7 Market Place, Hackney Road aforesaid, cheesemonger”. The indenture describes Humphrey Course as a “yeoman” and was drawn up and witnessed by a lawyer, William Sanger, of No.4 Essex Court, Middle Temple, London, referred to as a “gentleman”. The plot, next to some land Humphrey Course already owned, was described as follows:

“All that piece or parcel of land or Ground containing by admeasurement sixteen perches (approximately 25 square metres) more or less situate at North End in the Parish of Meldreth in the County of Cambridge bounded on the north west or front by the Meldreth Road on the south east rear thereof by meadow land belonging to Henry Clear on the north east by Cottages and an Orchard belonging to the said Humphrey Course and on the  south west by an Orchard  and Premises belonging to the said Henry Clear Together with the Cottage buildings and premises standing and being upon the said piece or parcel of  Ground … now in the occupation of  James Unwin”.

Interestingly and indicative of the status of women at the time, the indenture contains a paragraph at the end as follows: “This Deed marked with the letter was this day produced before us acknowledged by Alice Triplow and Susan Worland respectively therein named to be their Acts and Deeds previous to which acknowledgement the said Alice Triplow and Susan Worland were respectively examined by us separately and apart from their respective husbands touching each of their knowledge of the Contents of the said Deed and their consent thereto and they and each of them declared  the same to be freely and voluntarily executed by them respectively. W.H. Nash and Thomas Wortham, Commissioners.” This suggests that the two women who were parties to the Deed were not considered to be capable of acting independently of their husbands without having been interviewed by the commissioner for oaths to see that they understood its contents and gave their consent “freely and voluntarily”.

Though we know that the Meldreth Wesleyan Chapel dates from 1850 there are no known plans for its construction. Work must have begun on this in the late 1840s when, having acquired the land, Humphrey Course, gave permission for the Chapel to be built on it. The Trustees of the new Chapel, appointed on 29th September 1885, came from a variety of backgrounds:

By 1904 four of the original Trustees had died and another three wanted to be discharged from their duties. At a meeting held in the vestry of the Hobson Street, Cambridge Wesleyan Methodist Chapel on 6th October 1904 and chaired by The Rev. William Bradfield, Superintendent Preacher of the Circuit, nine new Trustees were appointed:

A transcribed Memorandum containing details of these appointments is attached to this page.