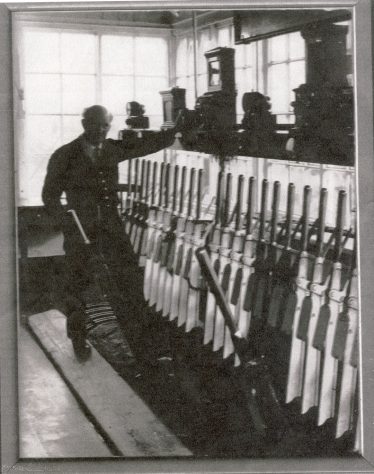 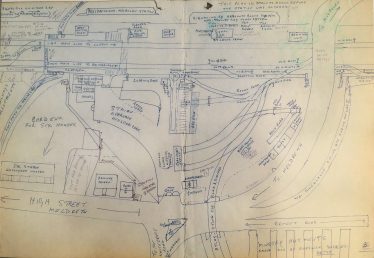 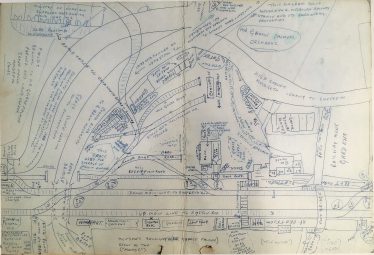 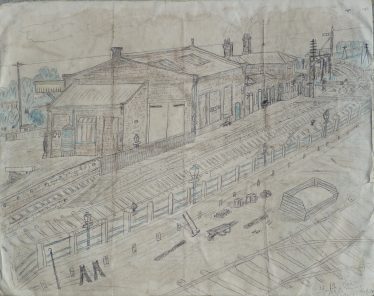 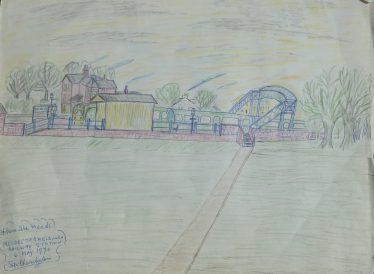 zoom
Drawing of Meldreth Station from The Meads by Sid Chamberlain, 6th May 1970
John Chamberlain

One of the signalmen who manned the Meldreth Signal Box was  a gentleman named Sidney (Sid) Edward Chamberlain. Sid also worked in the signal box in Shepreth, although this may have been after the Meldreth signal box closed in 1965. During quiet times, when there were few trains running, Sid used to draw what he could see from the signal box including two undated plans of the Meldreth Goods Yard.

It was whilst Sid’s son, John Chamberlain, was sorting through his father’s possessions that he came across his plans and drawings and he kindly allowed Meldreth Local History Group to copy them. John believed the plans were made around 1970. However, we know that the Meldreth signal box was disconnected from the Goods Yard on 16th May 1965 and so these plans are most likely earlier than this.  The Royston signal box closed in 1977 which resulted in the Shepreth box working alongside King’s Cross power box until it was closed on Sunday 27th February 1983 when Cambridge power box was built and took control of the area. (We are indebted to Greg Dash for the above dates and detail.)

The plans are not to scale, but they are undoubtedly accurate representations of the layout of the yard, station and surrounding buildings. At first sight there is little difference between the two although closer examination reveals a few discrepancies. The main one is a note in the top right hand corner of Plan 1 which says ‘This plan is shown as known before the station was altered‘ and so this is most probably the earlier of the two plans. What alterations were made to the station aren’t obvious from the plans and we have been unable to accurately date them. Both plans show the concrete ambulance road which was built in 1943 and both show the Atlas Stone Company railway line coming into the yard which was removed around 1954. This suggests that the two plans date somewhere between these two dates. One other feature that appears on both plans is the turntable and siding labelled ‘The Back Road’ which runs in front of the large warehouse (labelled as ‘Sheds’ and ‘Coalman’s Sheds’ on the drawings). This siding was removed in 1955 which again suggests the drawings are pre 1955. (Our thanks to MLHG member Ken Winter for his memories of the Goods Yard). Both plans label the station as ‘Meldreth and Melbourn’, a name that changed to ‘Meldreth Station’ in 1975.

If you can give us a more definitive date for either plan we would love to hear from you. Of course it is possible that Sid drew them from memory at a later date, but given the fine detail this is probably unlikely.

Sid started working at Meldreth station in 1944 as a Goods Porter. When he became a signalman isn’t known. After the signal box closed, Sid went on to do other work at the station. David Burbridge from Melbourn remembers Sid manning the ticket office along with his colleague Hughie Foggo (ref. Meldreth Station 150 year celebration booklet).Dennis Unwin,  from Melbourn, remembers Sid Chamberlain in an email sent to Joan Gane in September 2012:

Some years ago I used to commute to Cambridge on the train, and the office was manned by one Sid Chamberlain, known to us as Rambling Sid. Trains were often late, but he entertained us by stories from the past, mostly with a railway connection, although we often missed the ends of the stories because the train came. But we were fond of Sid. (Sid was originally a signalman, who had injured himself on ice and was put on less physically demanding work.)

One day he produced an old map showing the arrangement of the railway sidings at Meldreth, which included a shunting system with a turntable for the coal yard. But also included was a siding on the other side of the bridge, which is where, during WWII, the ambulance trains were shunted to enable them to remove the casualties into the huts.