You are here: HomenextNew contributionsnextMeldreth Station Master, David Piggott, remembers a few of his passengers 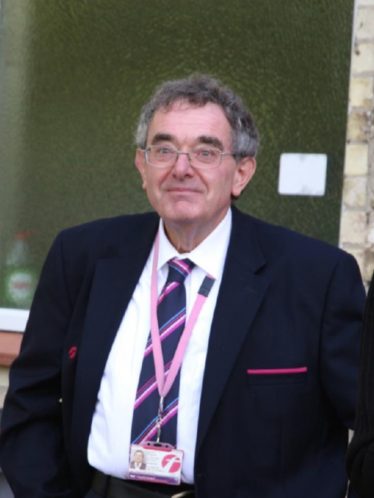 David Piggott was the station Master at Meldreth Station between 1999 and December 2015.  During that time he won the hearts of many Meldreth folk and he is remembered with great affection for his kindness and the helpfulness with which he carried out his duties.

Whilst he was efficient in the ticket office, advising on best routes, times and prices for any train journey in the UK and even abroad, he also found time to brew a hot cuppa for passengers on a cold day if a train was delayed, or even phone people at home to advise them not to rush as their train was running late.

Keen on general knowledge and quizzes, David always had a story to tell, many of which were amusing. On July 15th 2010, Terry Dash interviewed David at his home in Melbourn for The Meldreth Local History Group and you can hear and read a few of the stories David told to Terry in that interview. Please click on the play button on the audio clip above or continue to read below the transcription of that interview.

One that lives in my memory is that there was a poor old girl who got off the 10.08 train which was the 9.06 from King’s Cross, looked round and said “Is this Wimbledon?”  So I was able to say very confidently, “No! “  Oh dear, it turned out she had been staying with relatives at King’s Cross who had said to her “Yeah Wimbledon, you want the line to Morden, go to King’s Cross”  but they didn’t say go to King’s Cross underground station not the over ground station so she had gone into King’s Cross over ground and said “Morden” and someone no doubt thinking well we’re helping this poor old girl, we’re doing our best for her had sent her to Ashwell and Morden.  Thank God she never got off there otherwise she might be wandering round still looking for it!   Anyway I had to calm her down and phone up her relatives and say “Mother’s gonna be a bit late, like about four hours I think! So there was that.

There was the wonderful incident which I thought was actually going be a different story when it happened at the time, that again there was a train preparing to leave for Cambridge when someone dashed through (I could name him but I won’t) someone dashed through the gap by the Turkey Farm and started running down the path shouting “Wait, wait, Oh God wait, wait and he did!  All the passengers were at the windows cheering and I thought “The Sadist, he’ll wait till he’s got over the bridge and come down the stairs, put his hand on the gate and then he’ll close the doors and pull out.  He didn’t, he waited.  He waited.  Yes.

Or more, there was the incident with the old girl, again I don’t know if she’s still around or not ‘cos I used to see her go past here (she would wave at me and I would scowl at her) who used to live up Greengage Rise.  Well, I saw her walking across the Meads with her shopping trolley so I went into the office and got ready to serve her ticket and she didn’t come in so I thought ” Well that’s strange, I’ve never known her go to Meldreth for shopping, she usually goes to Hitchin, so I went outside.  She hadn’t bothered to go over the bridge, she had come on to the platform for London, gone down the platform and started across and her shopping trolley had got stuck in the line just as the non-stop cruiser came round the curve for Shepreth.  Well, I was only young and innocent in those days, I just knelt down and prayed nothing was going to happen because by the time I had run down there the train would have been on her anyway. So to my surprise, she was standing there when I stood up, she had got the trolley out and had come over.  Was she apologetic?  Was she hell!  She looked at me and said “He wasn’t going to stop was he!”  How did he expect to see anything with his hands over his eyes!