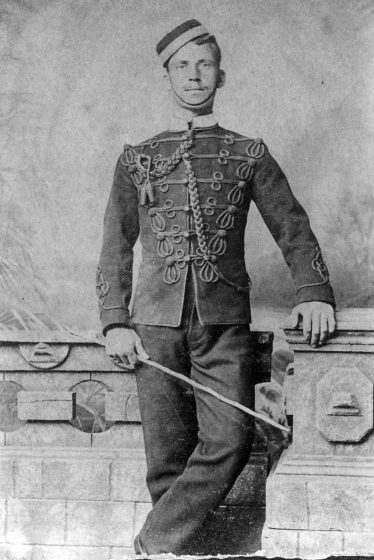 zoom
Alfred Abey, who was in the Cambridge militia
Photograph courtesy of Tony Abrey 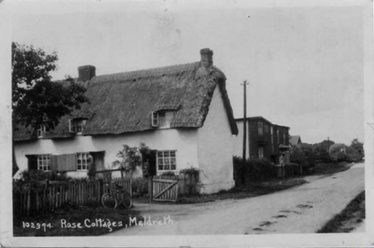 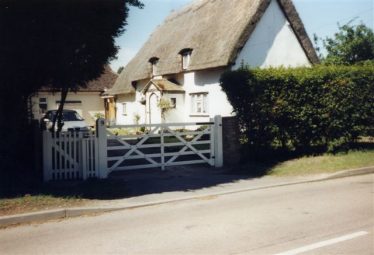 Thomas Abrey was born in 1826 in Mildenhall, Suffolk. In 1846 he married Sarah Ann Garner.  The couple had two children, Alfred and Louise.  Sarah Ann and Alfred subsequently died in a fever epidemic.

In 1860 Thomas was married for a second time, to Caroline Lee in Ely. Their first child, William John was born in Ely in 1861. By the time their daughter Jane was born in 1862 they were living in Melbourn but within two years the family had moved to Rose Cottage (then known as Rose Yard), Whitecroft Road, Meldreth. Thomas worked initially as a railway porter and then as a coprolite labourer.

In August 1896, a Thomas Abrey of Cross Lane, Melbourn gave evidence into the inquest of the death of Frederick Dilley, who was killed when a goods train crashed into the hut in which he was sitting in Meldreth Station goods yard. Thomas Abrey was also in the hut at the time but was not badly injured. For more details, read the newspaper reports of the accident and inquest.

For further details on the family, please see the extract from the Abrey family tree.

Thomas died at Rose Yard, Meldreth on 22nd Februrary 1897 at the age of 72.  His wife, Caroline died in the cottage aged 69, on 13th November 1910.  By the time of the 1911 census, all members of the Abrey family had left Meldreth, although several of Thomas and Caroline’s children lived in the nearby villages of Melbourn, Thriplow and Whaddon.

Ernest Abrey served in the 1st Battalion Bedfordshire Regiment.  He was killed on Thursday 6th May 1915 and is commemorated on the Meldreth war memorial.

An Extract from the Abrey Family Tree
(20 KB Adobe Acrobat document, opens in a new window)