Introduction to the Mortlock Family and Meldreth Parish Records 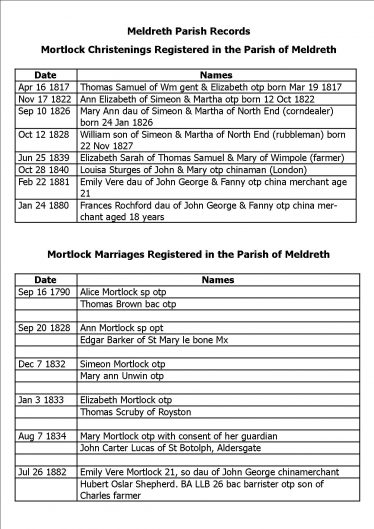 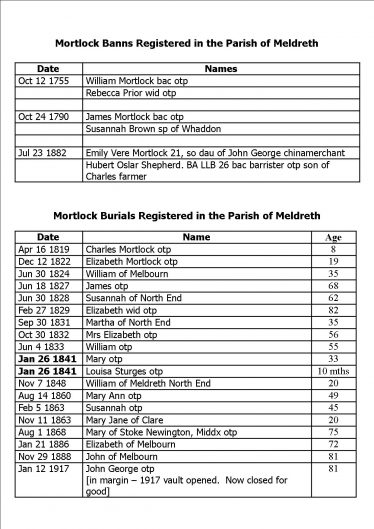 The Mortlock family were a powerful influence in Cambridge and South Cambridgeshire for much of the 18th, 19th and 20th centuries.  They lived in Cambridge, Swavesey, Sawston, Linton, Melbourn as well as Meldreth and played an important part in the economy and prosperity of the county.

One Mortlock, John Mortlock III, was Mayor of Cambridge and he went on to found his own bank in Benet Street, Cambridge. Some were land owners and farmers.  Others were craftsmen, wheelwrights, carpenters, shoemakers and clockmakers. They built houses large and small, donated money for schools and supported many charitable works.  Roads are named after them (Mortlock Road and Close in Melbourn).  Others moved abroad and did great works such as founding the Mortlock Library and also possibly Meldreth Park in Adelaide.

However, our interest is in the Mortlocks who lived in Meldreth and were known as The China Mortlocks because of their highly successful china business.  These web pages are dedicated to them.