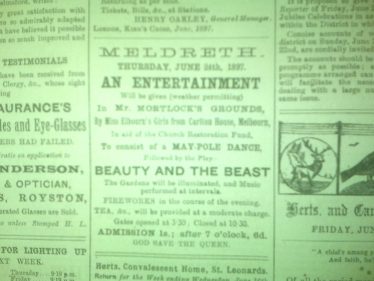 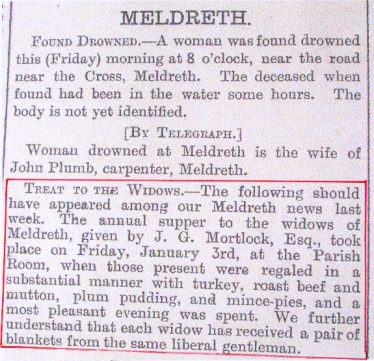 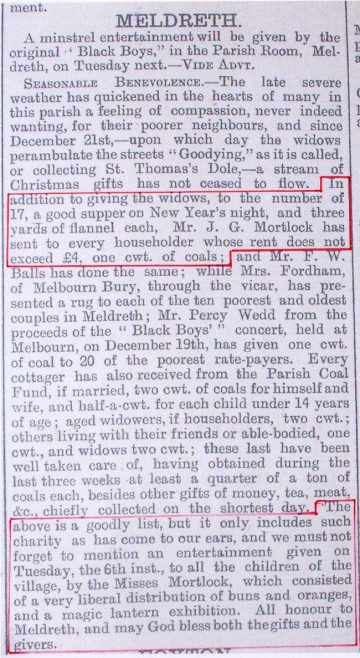 Although John George Mortlock was a successful and very wealthy businessman he was very generous to the villagers.  During the summer he often opened the garden at Meldreth Court for a children’s party, a play or general village entertainment.  He could also be relied upon to donate to village causes and he supported the widows of the parish with an annual supper and a gift such as blankets, coal etc.

Beatrice Clay, in her booklet Meldreth remembers one example of JGM’s gifts to the village when he donated the tiles for the Parish Room.  She wrote in 1942:

A little further on, [down North End] , stands a row of Council Houses and then is reached a lamentable ruin, the PARISH ROOM (demolished just after the war). This was built by village subscription on land provided at a nominal rent by Christ’s College. The tiles were specially made for it by the late Mr. J.G. Mortlock.

Other examples of his generosity are shown in the newspaper cuttings below.  Please note the bottom cutting which shows that JGM’s daughters joined in with their father’s generosity to the village.