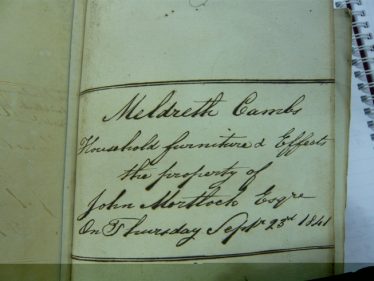 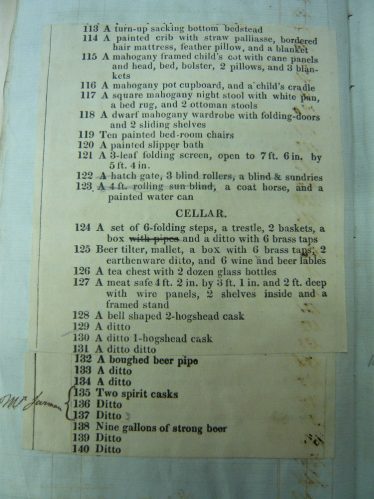 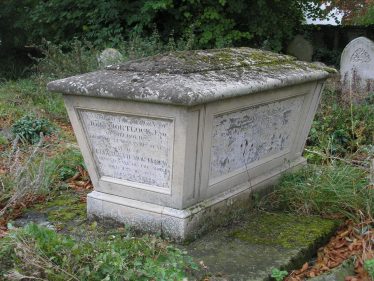 The story of the Mortlock family here in Meldreth continues with William Mortlock’s son John who was born in Paddington on December 24th 1807.

In 1815 William and his family moved to Manting House in Meldreth.  John was 8 at this time and so spent much of his early life here in Meldreth.

By 1832 John, aged 25, was in partnership with his brother William in the family china business at 18 Regents Street.  This partnership was dissolved by mutual consent in 1835 and John teamed up with his cousin-in-law, Simon Sturges, to run the larger Oxford Street business of the Mortlock China Company.  This new partnership only lasted six years and was dissolved in 1841.  John continued in the Mortlock China Company until he handed over the business to his son John George.

Sometime around 1832 John married his first wife, Mary Hill and in 1841 John was living in (unknown location) in Meldreth with their children Elizabeth, John George, Charles and Mary plus two female servants Sarah Henry and Mary Harris.  Tragically though Mary was not with them as she died from ‘inflammation of the lung’ on January 19th 1841 at the age of just 44.  Their fifth child, Louisa Sturges, died from scarlet fever just two days later.  They were buried together in the Mortlock vault on January 26th .

The 1841 census shows that following Mary’s death John’s second wife-to-be, Elizabeth Cockman, 28, of Hillingdon, Middx was already living with John and his family in Meldreth working as a housekeeper.  They married in 1851 in St George Hanover Square, London.

(Elizabeth Cockman nee Clarke married John Cockman on December 26th 1836 at Hanover Square.  She was probably married when she moved in with JM and only married him when John Cockman died.)

In late 1841 John left Meldreth to live in The Moat House, Melbourn with Elizabeth and his daughters Elizabeth and Mary.  Before leaving he had a grand sale of many of the possessions from his first marriage (see images on the right).

Some of the items offered for sale when John Mortlock moved to Melbourn in 1841:

The Death of Elizabeth and John

Elizabeth died in 1886 aged 72 followed two years later by John who died at the age of 81 leaving an estate of £40,747.  Both are buried in the Mortlock family vault in Meldreth Church.  There is an impressive tomb in the churchyard (see above photograph) dedicated to the family.

Mary Jane Mortlock – the much loved niece and adopted daughter of Mr John Mortlock is also listed on the Mortlock tomb.  Mary Jane was the daughter of John’s brother Thomas Samuel Mortlock who was born in Meldreth in 1817.  It is not known why Mary was adopted by John Mortlock or how she died aged just 20.