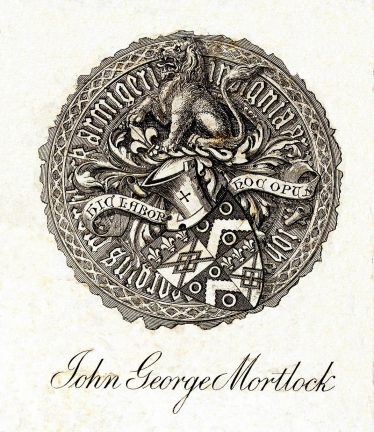 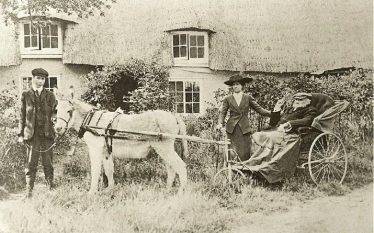 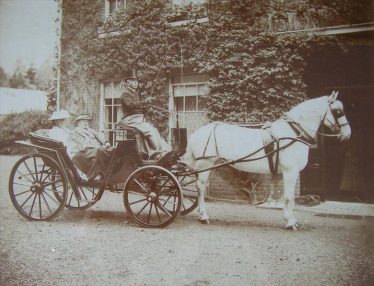 zoom
JG and his wife Catherine outside Meldreth Court ~1910. The coachman is John Ransome. 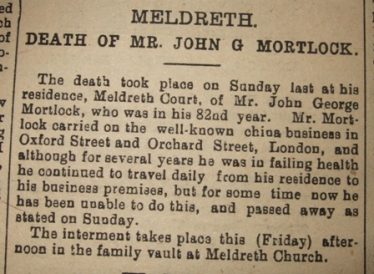 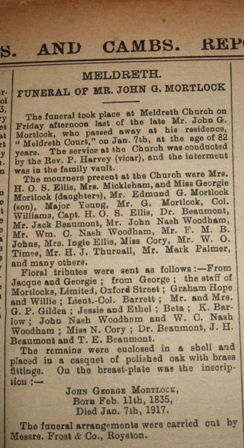 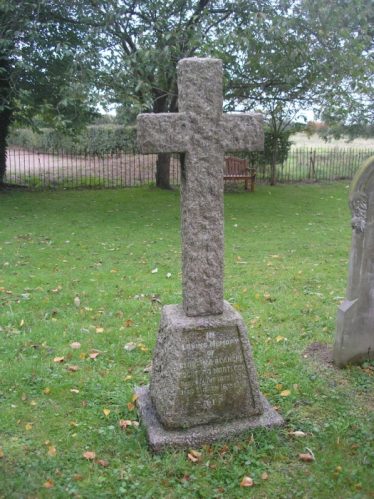 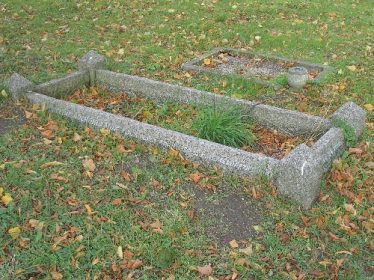 The Mortlock family moved to Meldreth sometime before 1841 where sadly JG’s mother died in the January.  JG would have been just six years old.  His father remarried in 1851 and the family moved to Melbourn, most likely to The Moat House in Moat Lane  JG, by this time, had left home and was working as an assistant to Joseph Ball, a silk merchant in Paddington.

JG married his first wife, Frances Baker, the eldest daughter of Frederick Baker, an accountant in Bulwick Northamptonshire, in Brentford, Middlesex in 1858.

In 1861 JG, Frances and their 1 year old daughter Emily Vere were living at 204 Oxford Street.  JG was 25 years old and working as a china dealer manager in the family china business. In the September, Frances Rochford, their second child was born.

In March 1863 tragedy struck the Mortlock family when Frances died.  She was just 27 years of age.  Emily was 4 and little Frances only 2.  Frances is buried in Kensall Green Cemetery.

JG married again in 1867.  He clearly liked the Baker family as this time he married Frances’ 23 year old sister Mary Elizabeth!  She bore him three children, Mary Jacqueline Rochford in March 1869, Georgina Blanche Rochford in December 1870 and John Edmond Frederick born in Kensington in March 1874.  The Mortlock family were still living in Paddington in 1871 although they had moved to 12, Randolph Gardens.

In 1881, sisters, Emily and Frances Rochford, were living in Meldreth Court, JG having bought the property in 1880 and changed the name from The Marvells.  JG himself was still in Paddington with Mary and the three children from this new marriage.

In April 1884, tragedy again struck the family when Mary died and joined her sister in Kensall Green Cemetery.  She was just 40.

JG married his third wife, Irish born Catherine Elizabeth Young, in December 1886 and the family moved down from London to live in Meldreth Court.

JG died on January 7th 1917 and was buried in the family vault in Meldreth Church.  He was 82 years of age.  He outlived his third wife, Catherine, who died in 1907.  Like his other two wives she died young at 54 and is buried in Marylebone.  Newspaper reports of JG’s death and funeral can be read below.

The Mortlock family retained Meldreth Court until 1953.  Mary Jacqueline Rochford Mortlock remained unmarried and was the last to die in April 1953.  She is buried in Shepreth churchyard a short distance away from her unmarried sister Georgina who died in March 1931. The Court was then sold.