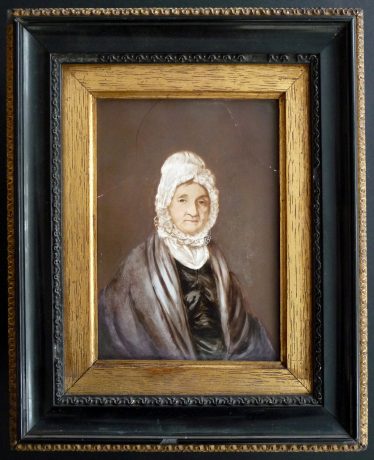 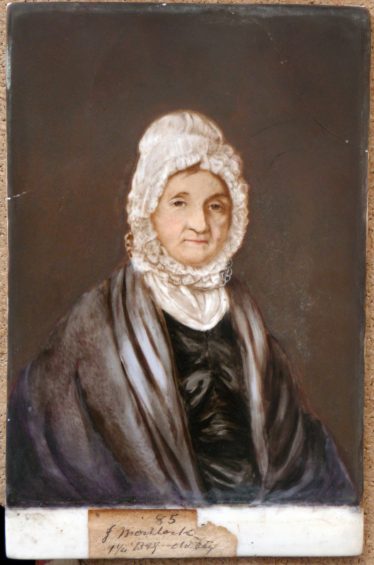 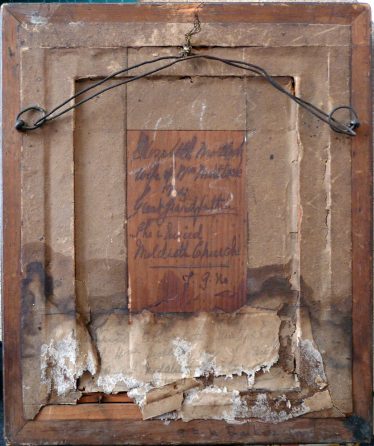 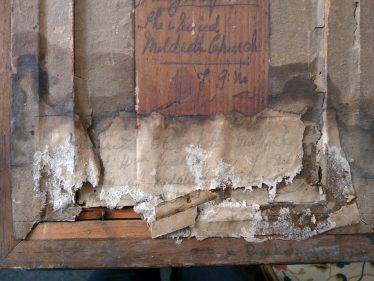 Whilst clearing a house in Mortlock Street, Melbourn, South Cambs, an old painting of an elderly lady was found.  The painting, measuring 117mm x 160mm, was framed and painted on either china or porcelain, a rather unusual medium.

On the back of the frame was written:

This allows the identification of the lady as being: Elizabeth Mortlock (nee White), the widow of William Mortlock who died in London in 1807 and the mother of William Mortlock who moved to Meldreth in 1815.  J.G.M. is clearly John George Mortlock who identifies the lady as being his Great Grandmother.  It is likely that Elizabeth came to live with her son, William, in Manting House, Meldreth after the death of he husband and until her eventual death on February 27th 1827, aged 82.  She was then buried in the family vault inside Meldreth Holy Trinity Church.  The Mortlock tablet on the wall of the church bears her name.

It is likely that since the house was in Mortlock Street, Melbourn that it was once owned by the Mortlock family which might explain why it was there.