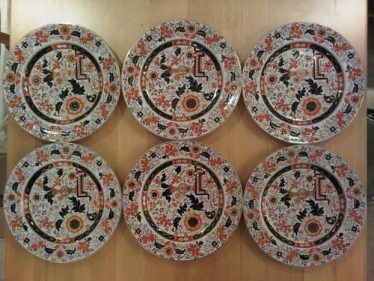 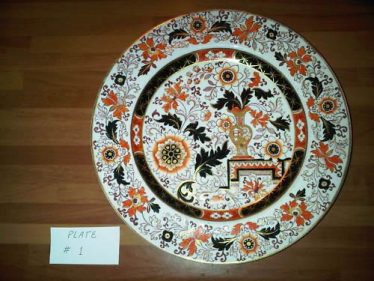 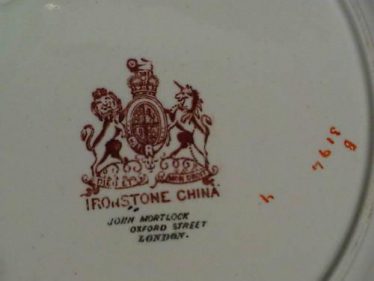 The Mortlock China Company was a merchandising rather than a manufacturing operation. Considered the most important china retailer in London in the early nineteenth century, it exercised enormous power and influence over the manufacturers, particularly Coalport, insisting that the products that Mortlocks sold should bear the Mortlock mark rather than that of the original maker.

In common with other major London houses, Mortlocks employed independent decorators to finish its wares, sometimes on an exclusive basis and often with a rather overdone result borrowed from the Brighton Pavilion with mouldings, beadings, animal motifs and acanthus leaves jostling promiscuously for attention. The customers loved it.

The Mortlock product was of a high quality, with a Coalport dinner service for example, retailing for 200 guineas (equivalent to £20,000 today). A single dinner plate might sell for £8, six months’ wages for an agricultural labourer!

Mortlocks supplied a dessert service to the Duke of York on his marriage in 1893.

In the early years of the twentieth century Mortlocks were first to market with a process to print photographs on porcelain; a complete dinner and tea service, in a mock-Sèvres style, showing photographs of royal residences taken by herself, was commissioned by Queen Alexandra. This brought the firm a second Royal Warrant joining that already received from Queen Victoria.  In 1879 the firm enjoyed a royal visit from the Crown Princess of Germany and, in 1900, during the Boer war, Mortlocks shipped a large gift of china and class to the Imperial Yeomanry hospital which had been set up in South Africa.

By 1873 Mortlocks were advertising themselves as retailers for Minton following their success at the 1851 Great Exhibition where Mintons won a major prize. Mortlocks also exhibited and indeed William Mortlock himself was on the judging panel. The Mortlock stand featured a Coalport service in the then newly-rediscovered “Rose du Barry”, a long-lost Sèvres tint which became popular with super-rich nobility, although the Emperor Napoleon III disappointingly ordered his direct from the Coalports!  Mortlocks had a stand at the 1873 Exhibition in Vienna.

It is not known at present what caused the demise of the company but as the Mortlock family dwindled so did the company until it finally closed in 1933.

In October 1820 two ex-employees were arrested for a series of thefts from Mortlock’s dwelling house in St George’s Hanover Square. £80 worth of china – and a pair of boots – had been stolen and fenced over a two year period. Following their trial at the Old Bailey the villains were duly sentenced to death .

The above information has been distilled from the Mortlock Encyclopedia  written by RJH Griffiths, the world’s foremost expert on the Mortlock family.