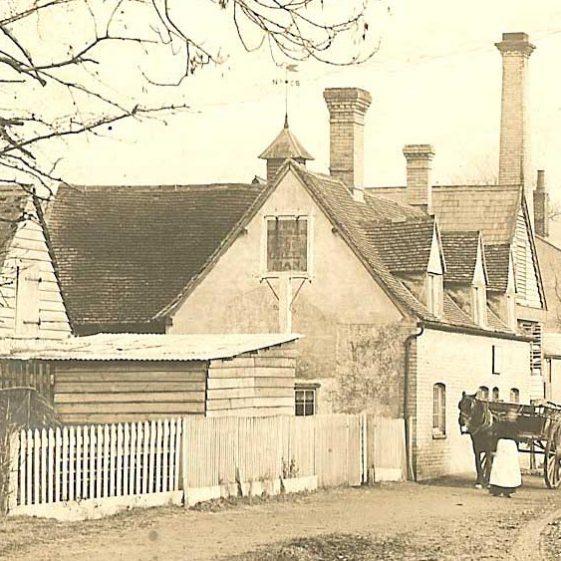 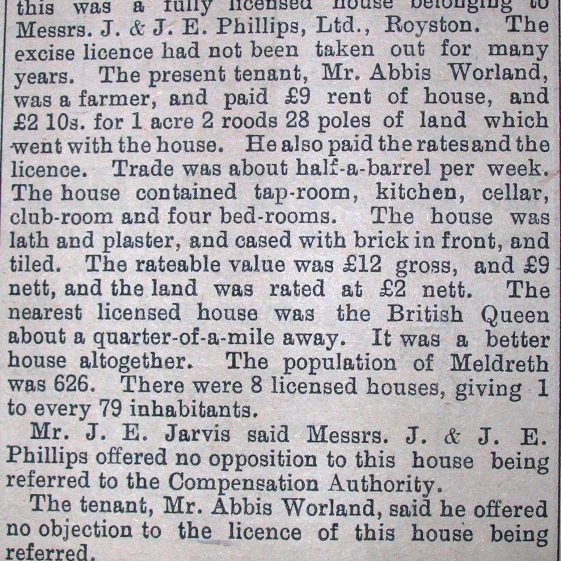 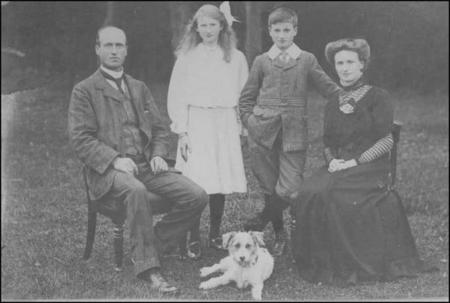 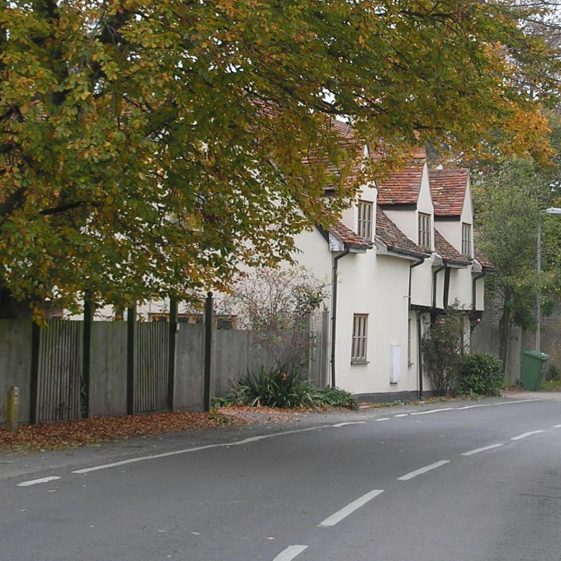 The same view in 2007
Photograph by Tim Gane 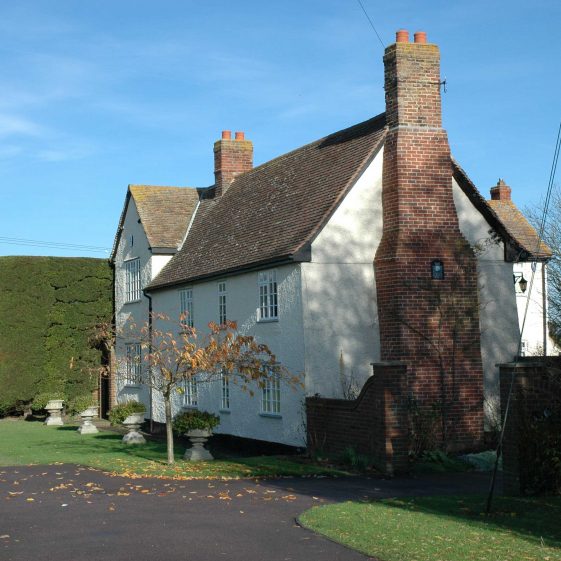 By the time Abbis was 19, he had moved with his family to Meldreth and was living with his parents and siblings in the High Street.  There is no occupation given for him.

He married Martha Augusta King of Melbourn on 2nd February 1897 in Wimbledon.  Their first child Lily, or Lilian, was born there three weeks later on 23rd February 1897.  Some time between Lilian’s birth and the birth of their son, Abbis Kenneth Wootten on 18th April 1898, they returned to Meldreth and Abbis worked as a publican.  Both of the children were baptised at Holy Trinity Church Meldreth, on 14th June 1898.

By 1901 the family was living at the Green Man Public House in North End.  In addition to his given occupations of veterinary surgeon and assistant overseer he was still a publican.  He was also the census enumerator for the village in 1901 and 1911.

According to a short article in the Royston Crow, by 1910 Abbis Worland had not taken out an excise licence for some years and the house was referred to the Compensation Authority.  As trade was a mere half a barrel per week it is unlikely to have made much difference to the family’s income.

The family may have continued to live at the Green Man for a little while longer. In the 1911 census, Abbis is listed as an Assistant Overseer, living with his wife and two children. The exact address is not given, but may have been the Green Man.

Murder at The Gables

In 1904, Abbis Worland was a juror at the inquest into the death of Georgina Rodgers at The Gables.

Following the death of their mother in 1910, Abbis’ brother, Arthur Gerald Worland, moved into Valley Farm in Meldreth. He was living there in 1911; his occupation is listed as Poultry Farmer in the census of that year.  Also living in the house at the time of the 1911 census were Lancelot and Edith Mary Hale.  Their daughter, Mary, was born in the house on 27th April 1911.

At some point after this, Abbis and his family moved to Valley Farm, Meldreth.  Martha Augusta died there on 28th April 1927.  In 1935, Abbis married Ellen Louisa Matthews in Cambridge.  The couple continued to live at Valley Farm.

Abbis died on 23rd September 1947 at the age of 75.  His given occupation was farmer.  He is buried in Fenny Lane Cemetery, Meldreth.  His second wife, Ellen, continued to live at Valley Farm until her death on 31st December 1952.