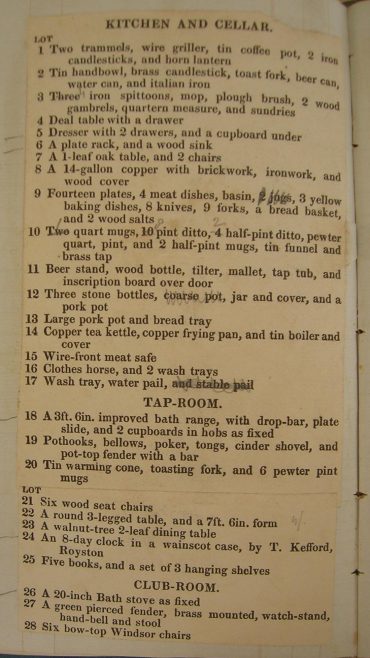 William and his family must have struggled to make ends meet for on 28th December 1841 there was a sale of William’s household furniture and effects at the Bell Public House under a “distress for rent”.

The sale consisted of 73 lots and included the following :

By the time of the 1851 census, William was working as a cow leech and the family had taken in two lodgers. The family remained in Meldreth, appearing in the census returns in 1861 and 1871.

Susannah died in 1879 and was buried on 21st March at Holy Trinity Church, Meldreth.

William appears as a widower in the 1881 census, when he was living with his granddaughter in the High Street.