A Grand Old Man of Meldreth: the Death and Funeral of Mr Harry Thomas Adcock 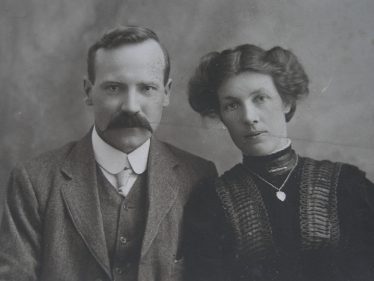 zoom
The report of Harry Adcock's funeral
Royston Crow, May 1965

The following report appeared in the Royston Crow in May 1965.

The death of Mr Harry Thomas Adcock has removed a well-known personality from Meldreth and one who was known and respected over a wide area of Cambridgeshire.  Mr Adcock, who was 86 years of age, died suddenly in Addenbrooke’s Hospital, Cambridge on Wednesday April 28th after an emergency operation.

Mr Adcock was the last surviving son of the late James and Martha Adcock, millers, Topcliffe Mill, Meldreth, which was in the Adcock family for several generations.  They were millers and farmers.

When James died, Harry and his brother Edwin took over the business which they carried on until the 1940s when they retired from milling, but continued as farmers for several more years.

Mr Adcock loved his church and was sidesman at All Saints’ Melbourn for many years, in fact he attended services as recently as last Sunday.  He enjoyed life to the full and still rode his bicycle round about the villages.

His great love in recent years was the game of bowls and he was known on many bowling greens throughout Cambridgeshire as a most enthusiastic player, in fact, it is said that only on Saturday last, he played the “game of his life”.  He was such a remarkable man for his age, with extra good sight and faculties and so good were his eyes that the hospital requested them after his death. This the widow readily agreed to as she was sure Mr Adcock would have been happy to agree.

The funeral service took place at Holy Trinity Church, Meldreth on Monday May 3rd and was conducted by the vicar, R P McNeice, with Mrs Coningsby at the organ for the singing of “Abide With Me”.