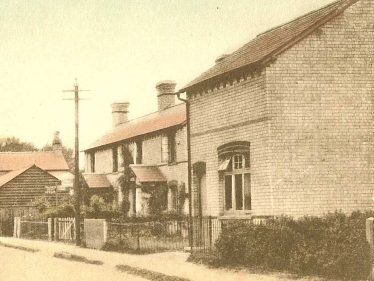 The following report appeared in the Royston Crow on 24th August 1900.

The death of an old inhabitant and tradesman of this parish took place rather suddenly early on Saturday morning in Mr David Adcock, who has for nearly 20 years carried on the business of a baker in Meldreth.  The deceased had been about until Friday, and then it seems complained of being ill, and became worse during the night and died of heart failure before a doctor arrived.  He was in the 58th year of his age, and was a native of Meldreth.

The funeral took place on Monday in Meldreth churchyard, the Rev. P Harvey, the vicar, conducting the service.  The chief mourners were the widow and children, brother, sister, and other relatives and friends.  The coffin, upon which were placed wreaths of choice flowers from relatives and friends, bore the inscription: “In loving memory of David Adcock, died August 18th 1900, aged 57 years.”

The deceased leaves a widow, two sons, and one daughter, who desire to return thanks for sympathy shown them in their sudden bereavement.