You are here: HomenextPeoplenextIndividualsnextAndrew Marvell (1621 - 1678) 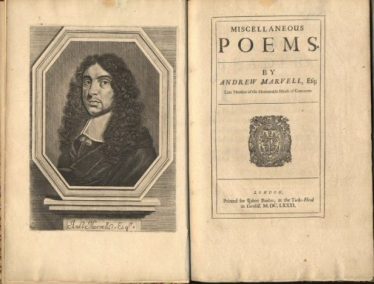 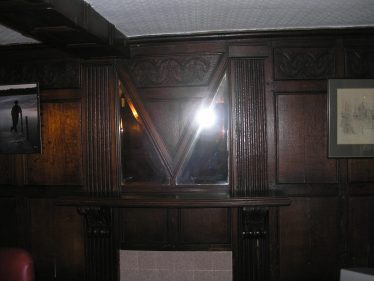 zoom
The AM mirror in the Oak Room in Meldreth Court. Note the letter M and the inverted A in the mirror design. The date of the mirror is not known.
Photograph by Tim Gane 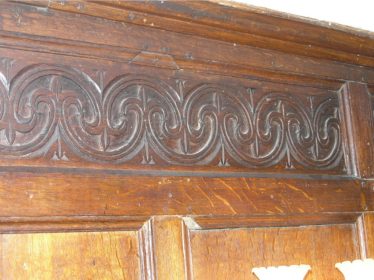 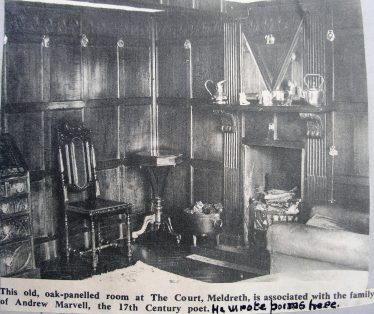 zoom
Newspaper cutting showing the interior of the study in Meldreth Court with the panelling and the 'AM' Andrew Marvell mirror
1965 Women's Institute scrapbook. The origin of the newspaper cutting is not known

Andrew Marvell’s father, the Reverend Andrew Marvell was born in Meldreth Court, the property being owned by his father also Andrew Marvell.  In 1610 the Reverend left Meldreth to take up a parish in Yorkshire and it was here that his famous son, Andrew, the poet, was born in 1621.  In 1628 Andrew’s grandfather died leaving the property to the young Andrew and in 1633, at the age of 12, the young Andrew matriculated into Trinity College, Cambridge.  He obtained his BA at 16 and his MA at 19 having written his first published verses in English, Latin and Greek at the age of 16. It has been suggested that these poems may have actually been written in the Oak Room at Meldreth Court.  Certainly there is a very unique fireplace in the room bearing the initials AM (see photo) although to which Andrew Marvell it relates isn’t known.

The same year Andrew was awarded his MA his father, the Reverend Marvell, drowned in a ferry boat accident.  It was said that Andrew was so upset that he left Cambridge and travelled abroad for some seven years.  This may well be true although this period also coincided with the civil war and it may well have been expedient to be out of the country at this time.  On his return in 1647 he disposed of his property in Meldreth.

During his later years he tutored the daughter of one of Oliver Cromwell’s generals and later Oliver Cromwell’s ward.  He became Milton’s (the poet) assistant when Milton went blind and he also became an MP.  He died in 1678 (aged 57).  Many of his poems were not published until after his death although he is now reckoned to be one of the foremost poets of his age.

The Garden - a poem by Andrew Marvell
(45 KB Adobe Acrobat document, opens in a new window)