Memories of Meldreth and Melbourn Station 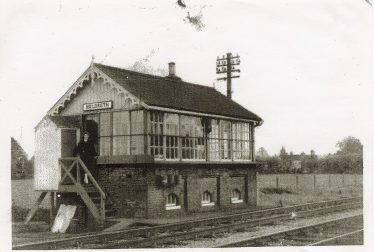 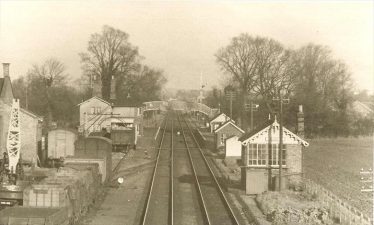 zoom
Meldreth Station and Goods Yard showing the allotments at the side of the track, 1946-1950
Photograph supplied by Mary Findlay 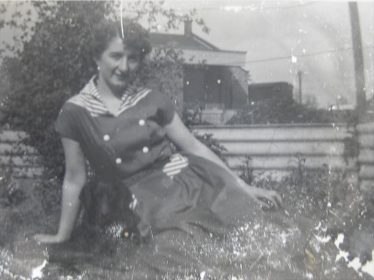 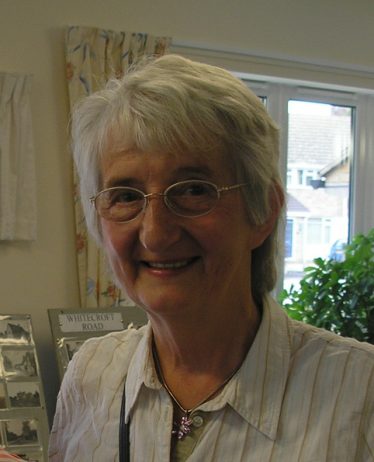 I was born in the house at the bottom of the hill adjacent to the station yard in 1937 (offices now, I believe) and lived there for the next twenty two years. I have many happy memories of my time at Meldreth, many of them revolving around the station.

My Grandfather, Tom Winter, who lived in the railway cottages at Allerton Terrace and my father, Bert Winter, both worked on the railway most of their lives.

I well remember the cart horses that used to do the hard work involved in shunting the wagons back and forth.  It took a great deal of effort for them to get the wagon rolling but once on the move it was easy going.  Back in the stables my father would groom them and feed them the sweet smelling hay.  They would spend the rest of the day staring at the brick wall.  The next morning from my bedroom I would hear them stamping their feet impatiently, eager to get back to work.  Many a time my brother and I would be given a ride on their massive backs.

I remember the Puffing Billy which used to travel from the Atlas asbestos works to the station delivering its cargo.  This was disbanded fairly early in my life; I cannot remember the exact date.  My friends and I often walked the length of the unused track, which became a haven for wildlife. I can still recall the smell of the violets beneath the hedgerows and the delicate blooms of the wild rose.  In those days we played a great deal in the station yard, which we probably should not have done and would not get away with today.  We chased about in the goods shed, clambering over piled-high sacks of corn, a rather dangerous thing to have done as there were gaps in the piled sacks that we could easily have fallen down.

One occasion sticks in my mind.  There was a very upright fixed ladder leading to the top of the flat roof of the goods shed.  As a child of about seven I climbed to the top of the ladder and got on to the roof.  The next thing I remember was people shouting and a small crowd gathering at the bottom of the ladder all in a state of panic thinking I was going to fall. I, who up to that stage had not been at all afraid had to then, under the apprehensive but calm instructions of my father, gingerly put my feet on the first rung of the ladder and safely descend.  A worse incident than this was when my brother and his friends were larking around.  He had his hand on the railway line and someone pulled the points lever over trapping the palm of his hand in the points resulting in a very nasty injury.

I spent much time with my father in the signal box, watching him pull the levers that controlled the signals.  There was a machine he used to send Morse code messages to the signalman at the next station.  I learnt this code off by heart.  He also had an allotment by the side of the line and I would help him with the weeding.  Every now and then we would stop what we were doing and an express train would go roaring past just a few feet away.  If I got bored I would climb through the fence into the Meads and sit and play amongst the buttercups or else I would run up to the platform and cross the railway bridge to visit my grandparents at 6 Allerton Terrace.

There were many colourful characters who worked on the railway including Mr Green the Station Master, with his wooden leg, Bill Mead, Sid Fost, Hercules Chamberlain, Roly and others whose faces I recall but whose names I can’t remember.  Charlie Whisken was a well-known character who liked his pint and always claimed to have bounced me on his knee when I was a two-year-old.

Some of these workmen would frequent the Railway Tavern after work.  This was run by a Mr and Mrs Kirby and later by Bet and Lol Cooper and their son Peter.  Late in the evening in my bed at night I would hear their shrieks of laughter-and singing as they left the pub at closing time.  On a Saturday night my friend Rosemary and I would go into the pub and our order would never vary: two ginger beers and two packets of crisps.  We would then sit on the seat at the cross and eat them, waiting for our other friends to arrive.  The cross was always a meeting place of the youth of the village and still is today I would imagine.

The other part of Meldreth station was the coal yard.  This was divided from our garden by a wire fence and my parents talked across this fence to Lew Harrup who ran the yard.  He was a friendly, amiable man.  The coal sheds were attached to our house and I remember them as huge, intimidating places, full of blackness from the coal and with bats flying in and out.  The big dark shed at the far end contained another built-in building.  There was a gap I could look through to this formidable well with a piston in it, which clanked up and down pumping the water.  I always found this a rather fearful place.

My father worked at Meldreth station for many years and for some time at Shepreth and then Baldock.  He finally became Station Master at Old North Road Station in Bourn.  This was when I left Meldreth.  I married a local man and now live in Longstowe.