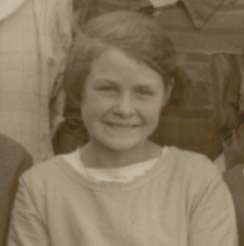 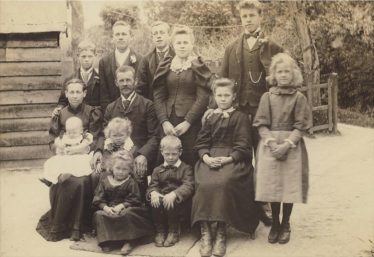 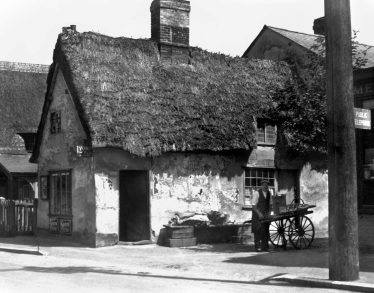 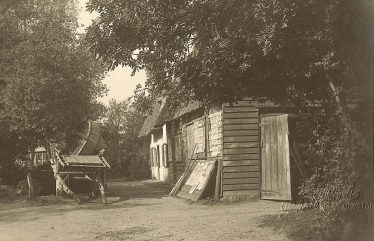 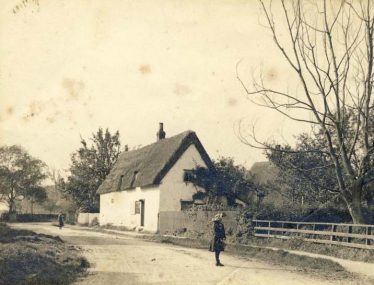 zoom
Cowslip Corner
Once known by another name ... 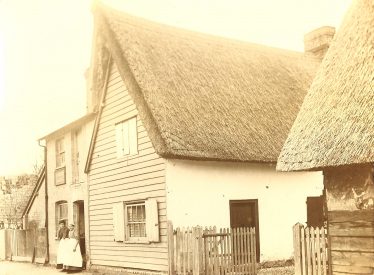 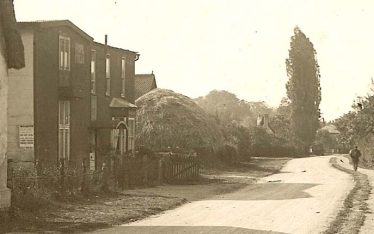 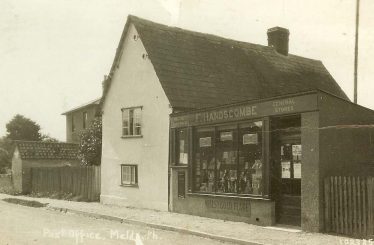 Life Was Good on The Farm

Well, I suppose I can count myself lucky for being born of an old farming family in Fenny Lane Farm, Meldreth in 1917.  My grandfather, the late Samuel Pepper, farmed at Brewery Farm as did one son, Edward – but another son, Walter Pepper, hired Fenny Lane Farm, and my father, Andrew Pepper, managed this farm until the lease ran out, when it was sold in 1927.

It was a marvellous life on the farm.  We had everything – every day was full.  In the harvest, we were in the fields all day, coming home to the farm on the last cartload of sheaves, riding on the horses, having had our tea in the cornfields and going fishing as well.  With a worm on a bent pin and a cork for a float you could get as many roach as you wanted, which we took home and mother fried them for supper.  We kept plenty of lovely brown hens – free range – who used to lay in the chaff houses.  Many a time we got sent to bed for being covered with chaff, getting the eggs.

We also kept pigs, but all in lovely clean straw –  somewhat different from today.  We had bullocks right up to the back door and they put their heads through the fence so they could lick us passing by.  Then there were the teams of horses always to brush and clean the brasses for or to fetch in from the grazing meadow which was also full of buttercups, daisies, pansies and bee orchids, with king cups in the river and wild water lilies.

We also had the treat of the ploughing engines which came to plough the wet grounds which the horses couldn’t do; also the thrashing engine to thrash the stacks and leave sacks and sacks of corn.  The engines cut the straw up for chaff for winter feeding.

We had two bakehouses – Mr Warrens and the two brothers Adcock and sister ‘Lady’ where we could always get a hot bread roll on the way to school or going home.  Also Warrens was a butcher.  Mr Warren delivered with a horse and cart, but the Adcocks delivered by bicycle.  We had one village shop, since partly destroyed by fire and the Post Office and general stores which sold everything.

We had a man from Melbourn who came with his horse and trolley with almost everything on …..  I will never forget his cheery voice calling, “anything today, lady?”.

Then again from Melbourn in the summer we had the ice cream man – Alf Hinkins and his cry, “Icy!  Icy!  One penny each!” – all home made with a cornet.

We had a blacksmith and a wheelwright, also a shoemakers and menders.

We used to go to school with tops and whips, also hoops and skipping ropes.  The Misses Mortlock had a lovely bank of primroses and snowdrops not far from the Court and they allowed children to pick baskets full of them to take home and bunch up.  Flambards meadow was full of flowers around the moat on which many houses were built some years ago.  He never let anyone onto his ground until after his death when houses were built also on the other side of the road, now called the Grange estate, where his old brick house stood.

After many happy years of childhood at Fenny Lane Farm we had to leave to go to Whaddon to a farm at the back of Wimpole estate.

We had a lovely house to live in but after a very bad harvest we had to moved on again to Hope Folly, Meldreth in 1927.

My youngest brother was born there and I can recall it was a Sunday and Dr Windsor from Royston came on a bicycle having been fetched out of church, to find the nurse already there.  Nurse Cox, now Mrs Pennicott, could be seen on her bicycle most days with her little black bag strapped on the back, wearing a black mac, souwester and leggings – in rain or snow, all hours.  If it was snowing the doctor came on horseback.  Then we moved to Melbourn Heath, again on a farm, until 1937, then back to Rose Lane, Melbourn for one year and then to Meldreth again in 1938 to Orchard Cottage, Station Road.

The surroundings here have all changed.  The farm opposite is now empty of horses, the yards empty of bullocks and the meadows are no more than just ploughed fields where the cows grazed all day and came in to be milked.  We used to hear the voice of Mr Cooper and one by one they all came slow but sure.

They crossed the road on the corner here, known then as “Cowshit Corner” and it literally was so.

Every day, morning and night it had to be swept by the two cowmen and the path by the village roadmen.  It had to be left clean every night for the railway passengers to walk home with clean shoes.

There was a path from the Meads corner to the thatched cottages to the right of Valley Farm, with a stile over it.  From there you could carry on to the railwaymen’s hut in front of Valley Farm, destroyed by fire long ago, where all the men went to make tea and have their “beaver” as they called it – a large lump of cheese on a hunk of bread.  In the winter we often went in for a warm, as they had a lovely fire.

I can remember the ladies gooseberry, plum and currant picking, all with their white starched pinafores, being taken in the mornings by a horse drawn trolley, all legs hanging over the side, sometimes twenty at a time, then coming home about half past four in the afternoon.

We had a gale in 1947, when our large thatched barn went, leaving Sheen Cottage standing just, but it did not take our French walnut tree in its path.  We think it is the largest now left in Meldreth.

I have many pleasant memories of Meldreth.  I hope I have given newcomers a little insight of old Meldreth.