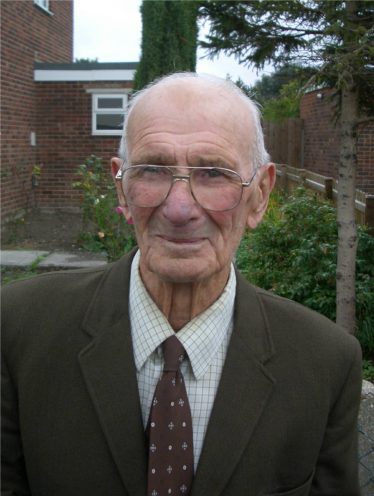 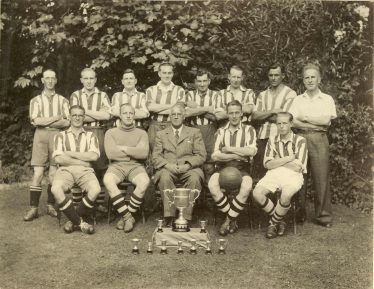 zoom
Orwell Football Team, 1947. Tom is pictured on the far left of the front row.
Photograph courtesy of Tom Jude

The following article appeared in the January 2007 issue of Meldreth Matters.

I was surprised to see my name mentioned in Terry Dash’s article ‘Growing Up in Meldreth’ in the November issue of Meldreth Matters.  However, it saddened me to realise that I am one of the few remaining lorry drivers who were employed by Terry’s late father, Bill.

I first drove for Bill Dash before the war and continued to drive for him after I was demobbed in 1946.  The first lorry which I drove for Bill was a bull nosed Bedford 6/8 ton wagon.  Later Bill took delivery of a new flat front Bedford, the first in the district.  I was very pleased when I was told that I was to drive it.  As well as delivering asbestos for the Atlas Stone Company and fertiliser from the Farmers Fertiliser Company, we did general haulage work, often for farmers.  One Friday evening Bill told me that on the following day a load of beans had to be collected from a farm in Orwell and delivered to Biggleswade.  I told Bill that I would rather someone else did the job as I was getting married on that day. He explained that everyone else was busy.  So I did the job in the morning and was married to Dorothea in the afternoon!  In those days beans were transported in 4 bushel sacks which weighed 19 stones.  I had to both load and unload them on my wedding day!  I drove for Bill until I retired in 1979 aged 65.

In those days Meldreth did not have a football team so both Bill and I played for Orwell.  We were both half-backs.  We played in the Foxton and District League for a magnificent cup which, I seem to recall, disappeared.  We never found out where it went. At that time there were no changing rooms near the pitch so we would travel to matches with our jackets and trousers worn over our kit. These clothes would be removed and deposited behind the goalposts.  Being a business man, Bill always had a roll of ‘notes’ in his pocket which he would give to my father, who was President of Orwell Football Club, for safe keeping until after the game.  Our headquarters were at The Chequers public house in Orwell.  The landlord was Charlie Haines.  His son Ted was our goalkeeper.

In his article Terry referred to West Way being known as New Russia or Donkey Hall.  Keith Jacklin tells me that he recalls West Way being known as Little Russia because it was somewhat isolated from the rest of the village.  Donkey Hall was in fact the name given to a group of cottages located near the corner of Kneesworth Road and Whaddon Road.  They were clunch built one-up/one-down dwellings, one of which housed a family of ten children.  When West Way was built, most of the occupants of the cottages moved there and the cottages were demolished.

I hope that you are interested to hear about those hard, but happy, days.