You are here: HomenextPeoplenextObituariesnextDennis Dash (1932-2014) 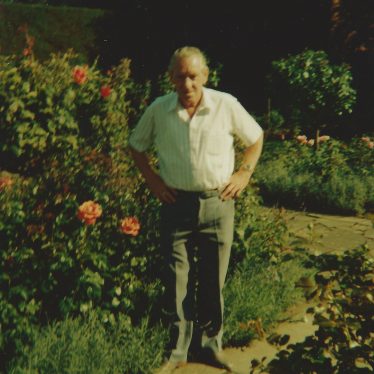 The following obituary first appeared in the March 2015 issue of Meldreth Matters.

Dennis died on New Year’s Eve, 2014.  He was born in a cottage in the village and had lived in Meldreth all his life.  He had one brother, Neal and two sisters, Mary and Millie.  When the council houses were built in West Way the family moved there with their mum and dad.  His dad passed away when Dennis was six years old but he and Mary continued to live there.

Dennis went to the village school until the age of twelve then to Melbourn senior school.  After leaving school he did his National Service with the army in Singapore.  When he returned he had a job as a gardener at Bassingbourn Barracks.  He would cycle from Meldreth each day in all weathers to his job.  In hot weather he would go to water the plants at weekends as well.  He loved growing dahlias and chrysanthemums in the front garden, vegetables in the back and tomatoes in his greenhouse.  After he retired he gardened for two ladies who lived locally.

As a young man he played cricket, football for Meldreth and enjoyed going fishing.  He loved cats and dogs and once had a golden Labrador which he walked round the village.

Dennis liked to go on the bus to Royston with his sister and often we would get the train together to Letchworth or Cambridge.  In the summer we would sometimes go to the seaside.

Dennis would often cycle to the shop or, more recently, walk with his sister Mary.  He also went to the Good Companions and enjoyed the outings and seeing friends.  He had a good sense of humour and would laugh a lot.  He liked to watch TV, listen to music and read his newspaper.

In the last two years Dennis could not walk to the shop and needed help but still loved to see his friends.  In addition to the help that we were able to give them, he and Mary had a lot of help from Angela and Tom who lived opposite them.  Recently they had moved to a care home at Eaton Socon.

Dennis will be sadly missed by all his family and friends.