You are here: HomenextPeoplenextObituariesnextElizabeth (Betty) Izzard 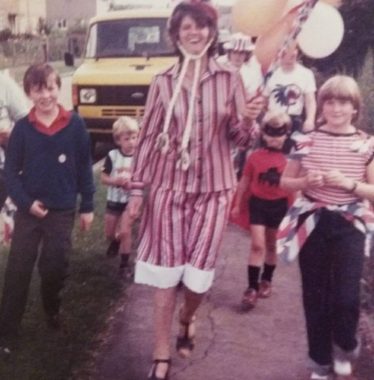 My mum moved to Meldreth in March 1958, after she and dad got married. They spent the first three years of their married life in North End before moving to Howard Road when I was two years old. While I was at the Primary School Mum was a part of the newly formed PTA and I have great memories of the school bonfire nights held at my friend Susan Haywood’s house next door to the British Queen with Mr Harding in charge of the fireworks and my mum helping to serve up the hot dogs and tomato soup.  After my brother started school in 1969 mum began working at the wool shop in the High Street. Then, after a short spell in what is now One Stop she moved to Warren’s in Whitecroft Road which was owned by Cyril and Peggy Warren. The shop changed hands and names several times between Cyril Warren and Russell Davey but mum was the continuous familiar face there during all the changes. When I was 15 my sister Amanda was born and mum’s working life was temporarily put on hold.

Mum was always full of life and fun; she loved children and used to enjoy my birthday parties every bit as much as me and my friends so as Amanda grew up it seemed a natural progression for her to start arranging parties that any child from the village could go to and enjoy.

But it was when mum started working as deputy warden at the Sheltered Housing Scheme that she really came into her own. She really threw herself into making the lives of the elderly residents of the village that little bit more enjoyable and went far beyond the requirements of her job. She arranged fund raising events such as bingo, coffee mornings and tea dances and instead of keeping them exclusively for the residents she welcomed anyone from the village who was past retirement age to take part. Mum would always ensure that any special birthdays were celebrated in the communal room. She arranged outings to the seaside and for Christmas shopping and even took them on longer trips which enabled many of them, who wouldn’t have been able to otherwise, to have a holiday.

Mum continued to work there right up to a few weeks before her 70th birthday but she still wasn’t really ready to retire from the job she loved: so much so that on her retirement she moved away from the village she loved and always considered her home. I think it fitting that her wake was held in the Sheltered Housing community room where she had such wonderful memories even though, sadly, most of the people she cared for there have since passed away too.