You are here: HomenextPeoplenextObituariesnextKeith Jacklin 1917-2014 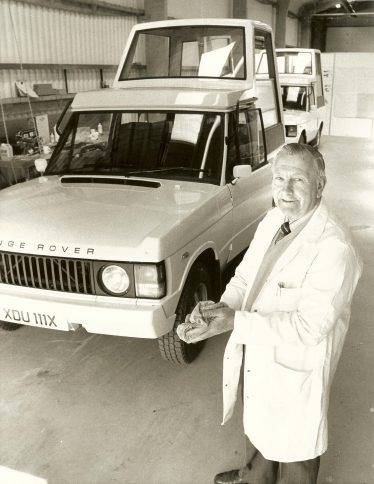 The following obituary first appeared in the February 2015 issue of Meldreth Matters.

Keith lived in Meldreth for almost his entire life.  He was born in Jubilee Cottages, North End in 1917 where he lived with his mother and grandmother.  His father was away at war in the Army and when he returned they moved into a thatched cottage in the High Street where they pumped their water from the well across the road.  When the Council houses in Kneesworth Road (now West Way) were built the family were fortunate to be allocated one.  This area was so remote from the village that it was nicknamed ‘Little Russia’.

Keith was a very hard worker and as a schoolboy held a job with a local farmer, herding cattle from one field to another at the end of his school day.  He also helped the Vicar to keep the Churchyard free of hemlock, for which he was paid sixpence.  This was used to buy his boots.  He left school at the age of 14 and was given full time work with the farmer.  However, this involved handling heavy horses and became too difficult so he sought work in a nursery in Shepreth where he was in charge of keeping the cucumbers well watered.  He always enjoyed carpentry at school and also liked to try his hand at mechanics so his next job was to work at Shepreth Garage, which he enjoyed.  The garage also built caravans and he longed to be involved.  His chance came when war broke out.  The garage was charged with fitting out vans in order that they could be used as stretcher carriers and Keith was asked to help: this kept him out of the war for the first year.

Eventually he enlisted with the Royal Army Ordnance Corps and after a very short training period found himself aboard a troop ship heading for Singapore.  The ship went under heavy fire but thankfully survived. However, the Japanese had already captured Singapore and they were re-routed to India via South Africa, Ceylon and into Bombay where they travelled overland to Ranchi, a very uncomfortable journey.  Keith was now part of the Royal Electrical and Mechanical Engineers – all this for a young man who had barely been outside his own county, never stayed away from home, eaten foreign food or experienced high temperatures!  During his time overseas his carpentry and mechanical skills were much sought after, sometimes in a way he hadn’t expected.  When Colonel Wingate was killed in a plane crash Keith was honoured to be asked to craft a cross for the grave which he made from local teak.

When he returned from the war Keith continued to live in Kneesworth Road.  In 1947 he married his sweetheart, Eileen with whom he had exchanged letters throughout the war.  At first they rented rooms with an aunt in Shepreth and it was here that Carol and Susan were born.  The family moved to Howard Road in 1953 which is where Keith and Eileen enjoyed 66 years together.  By now Keith was working in Letchworth for a firm of coach-builders and he travelled daily by steam train.  He continued to work in Letchworth until he retired in 1982.  By then he had been working for a design company in Letchworth for over 25 years.  It was here that he achieved his proudest moment.  He was appointed Project Manager and built the first Popemobile for which he received much praise, featuring in both the local and national press.

Keith was an avid gardener and as well as his own lovingly tended garden at home, he worked an allotment in Whitecroft Road for many years.  He was also a member Meldreth Bowls Club and was awarded honorary life membership.  His carpentry skills were always in demand and there must be many examples of his work around the village.

Keith was a loving and lovable man who enjoyed nothing better than spending time with his family and friends.  Besides his two daughters, he has two grandchildren and four great grandchildren and only as recently as 2013 the family celebrated his 96th birthday with him in his garden at Howard Road.

Keith spent the last nine months of his life in a care home in Royston where he passed away just before Christmas, surrounded by his family.  He was always willing to help others and notorious for always having the right tool for job when help was needed.  Much to the amusement of his family, he always carried a multi tool penknife in his pocket just in case someone needed help.  His love of nature, fresh air and gardening has been infectious and has left his family with an amazing legacy.  He will be sadly missed.

To read and listen to some of Keith Jacklin’s memories, please see the following pages: