You are here: HomenextPeoplenextObituariesnextBetty Greasley 1943 - 2006 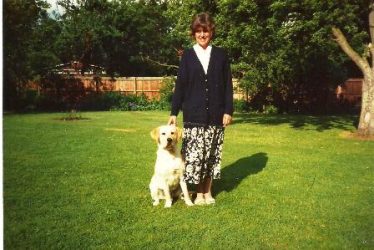 The following obituary appeared in the April 2006 issue of Meldreth Matters.

Betty Greasley who was the wife of Jim Greasley, the former vicar of Melbourn and Meldreth and who also taught at Meldreth Primary School for 15 years, died after a long illness on 5th March.

Betty was born and brought up in Luton where she attended Luton Girls High School.  On qualifying as a teacher at Birmingham Teacher Training College her first appointment was at a Primary School in Surrey Docks and later she was a founding member of a new Church Primary School (Wenlock) in Luton.

When Betty and Jim were married they first lived in Stoke on Trent and Betty continued her teaching at St Peter’s Primary School behind Stoke City football ground.

Having had a break from teaching with the birth of Gregory, Betty accompanied Jim to his appointment in Zambia where Michael was born.  It was there, after adjusting to a totally different cultural environment that Betty took up teaching again at the Jacaranda Primary School in Lusaka where she fell in love with the immediacy and authenticity of Africa.

On their return from Zambia, now with the addition of Beth, Betty and Jim settled in Great Staughton.  This was followed by a move to Melbourn in 1981 when Jim was appointed vicar of Melbourn and Meldreth.  Not long after this, Betty started teaching at Meldreth Primary School where she stayed for 15 years ending up as acting Deputy Head.

Betty was very much respected as a teacher and Dorothy Brown, a former Head Teacher, recalled that “She brought to her career the two most important attributes for a teacher, that of caring for children and of caring for the quality of experience they received. Betty was always concerned that able children should be challenged and that less able children should be well supported, but never patronised”.  From Betty’s time at the school more than 400 young children from Meldreth and the surrounding area would have benefited from her professional and caring skills.

In 1996 Jim took up an appointment in Chalfont St Peter and Betty taught briefly in Denham and then at Gerrards Cross Church of England School until she retired in 2003.  Jim retired in 2004 and they moved to a cottage in Presteigne in the Welsh borders, from where they enjoyed the countryside and the walking it offered.

Those who knew Betty will remember her bubbly and cheerful approach to life and sharp sense of humour.  These combined qualities helped her face her illness over the last three years. Betty’s family by now had expanded with Greg’s wife Louise and three grandsons and on Beth’s marriage last October, with her husband, David.

Betty’s funeral was held, at her request, at Holy Trinity Church Meldreth on 15th March when the church was full of Betty’s family and friends.

In view of Betty’s love for Zambia a memorial fund has been set up to benefit Jersey Primary School, at St Francis Hospital, Katete, Zambia.  If anyone would like to make a donation it would be most welcome and they should contact Peter Chilvers on (01763) 260742.