You are here: HomenextPeoplenextObituariesnextDoreen Clark 1934 - 2011 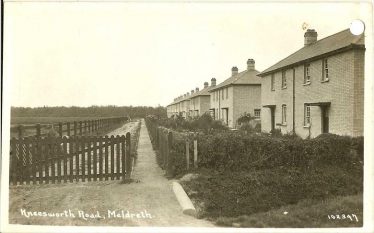 The following obituary first appeared in the May 2011 issue of Meldreth Matters.

Doreen was a Meldreth resident through and through.  The youngest daughter of Harry and Gladys Waldock, she had an elder brother Dennis, and five half brothers and sisters from her father’s first marriage.  Doreen was not only born in Meldreth but lived in the same Meldreth house for the whole of her life during which time she earned the respect and affection of those who knew her.  Doreen attended schools in both Meldreth and Melbourn.  After secretarial training in Cambridge there followed employment at Eaden Lilley, the Atlas Stone Company and Melbourn Post office.

Doreen married Norman in 1961 and sadly missed the celebration of their Golden Wedding anniversary by only a few months.  Once their children, Serena and Nigel started school, Doreen took on the job of distributing school dinners which had been prepared centrally, to outlying schools.  Her popularity resulted in promotion which led to the role of Head Housekeeper at Melbourn Village College. This suited her well, enabling her to look after her young family and spend time fruit, pea and potato picking in the school holidays.

Serena, Nigel and Doreen’s grandchildren all have fond memories of holidays and trips out as a close family group;  a group which eventually included great-granddaughter, Kadey.  Prominent amongst the trips the family recall were one for the whole family to Eurodisney and to Wembley to see Doreen’s pop idol, Cliff Richard.

At the funeral service the large gathering were all touched by tributes made by Doreen’s grandchildren, Heidi and Michelle, when they asked that Doreen be remembered as “an amazing person who played a special role in our lives”.  Their tribute ended with the words:

You’ll be missed by us so dearly,

At peace now, up above.