You are here: HomenextPeoplenextObituariesnextDorothy Burlton 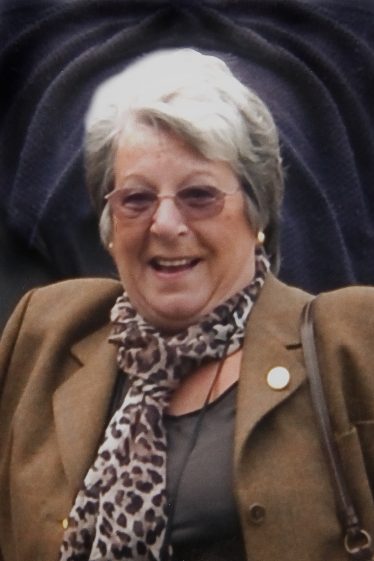 The following tribute first appeared in the April 2009 issue of Meldreth Matters.

Mum was born in Hexham, Northumberland, the daughter of a miner. She spent her early years in Prudhoe with her family, where she was one of eight children. When she was a young woman Mum moved south and worked for a doctor where, we think, she found she was interested in caring for people and decided she wanted to train as a nurse. She achieved this by training at the Royal Berkshire Hospital in Reading.

Mum moved to Meldreth in about 1967, therefore spending about 40 years in the village. Mum’s life at Valley Farm, especially in the early days was a hard working one, helping Dad to build up the business and expanding their operations over time. They spent many evenings promoting turkey and turkey products with demonstrations: locally through the WI meetings and at International Food Exhibitions in London. They were a fantastic team, both in business and in their private lives, working hard to build the business up. Dad used to call her his secret weapon!

Mum loved wildlife and the countryside and was always ready to help Dad with the turkeys. She bred several litters of puppies. Later on Mum hand reared some lambs on the farm and then went on to keep doves. Her most recent interest in animals was horses and racing.

Mum has been involved with Meldreth Church and has enjoyed her role on the flower rota. She also took time to help with the production and sale of produce for church fetes.

Some of you may know Mum has battled with cancer and has now lost her fight. As her children, we have been devastated by losing this wonderful sunny person in our lives but have been greatly heartened to hear the lovely stories that people can tell us of their knowledge of her. It makes us very proud to feel that so many people have been touched by her life.

The three of us are so lucky to have had Dotty as our wonderful mother – a real gift from God.