You are here: HomenextPeoplenextObituariesnextGladys Clarke 1916 - 2009 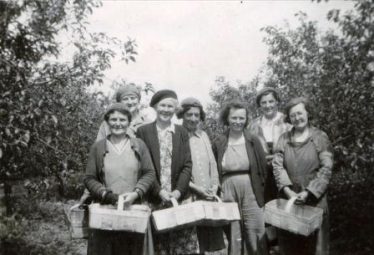 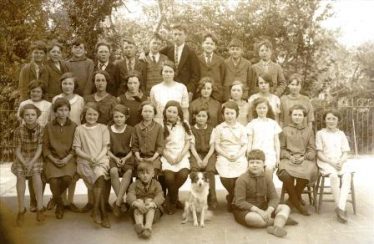 The following obituary first appeared in the August 2009 issue of Meldreth Matters.

Gladys was a long time Meldreth resident having been born in a cottage opposite Meldreth Court. She had an elder brother and sister, Bill and Doris. The family name was Thurley.

Gladys went to Meldreth School where her best friend was Kathy East, who lived in North End. She left school at 14 and went to work for a doctor in Cambridge. She biked to work and in Gladys’ words, “thought nothing of it”. Gladys lived with her parents in Donkey Hall and met her future husband Bill Clarke, who was working on the road gang at Mettle Hill. They were married at Holy Trinity Church on Boxing Day in 1938.

Gladys enjoyed old time dancing and joined the Women’s Institute for a short time but she admitted she was not a great mixer and preferred to spend her time at home and in the garden.

Bill and Gladys moved into the first council house built in Whitecroft Road on 8th August 1948. An eye witness recalls seeing Gladys running up Whitecroft Road shouting, “I’ve got the key” to anyone passing by.

Gladys worked for Alwyne Howard at Chiswick Farm picking gooseberries and plums and was asked to pick the top of the trees because she was so tall. She also did a post round, starting at 6.00 am, before a day’s work in the orchards.

Gladys also worked for Linda Stockbridge, next to Fieldgate, for 25 years, looking after her chickens and doing housework. Gladys never strayed far from the village after her husband Bill died and she always knew what was going in Meldreth and the surrounding villages. She loved to watch football on the television in her later years.

Gladys leaves a daughter Sheila and a son Brian. Another son, Barry, predeceased her.