You are here: HomenextPeoplenextObituariesnextJack Farnham 1929-2006 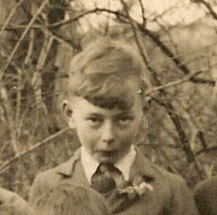 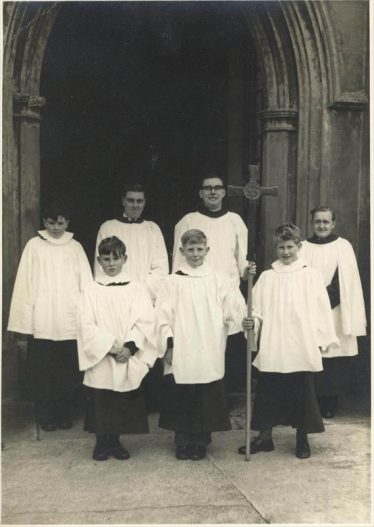 zoom
Jack Farnham, third from left on the back row, with some choristers outside Holy Trinity Church in the late 50's
Photo supplied by Roger Winter

The following obituary appeared in the February 2007 issue of Meldreth Matters.

Jack Farnham died suddenly at his home in Woolpack Way on 10th December 2006.

Jack was born in Meldreth in 1929, the only son of the late Mrs & Mrs Percy Farnham.  He attended Meldreth Primary School and won a scholarship to the Cambridge and County High School for Boys at the age of 11.

After leaving school he worked in the electrical retail trade and was to spend most of his working life in the retail business.

In the 1930s the Dainty Family moved to Belmington Close.  Mr Harry Dainty had been a Tea Planter in Ceylon and had been the organist and choirmaster at Colombo Cathedral.  He approached the Headmistress of the local school to see if any of the young boys would like to join the Parish Church Choir.  As a result Jack and I became choristers and sang together in the choir for nearly 70 years.  We used to meet three times a week, twice at Belmington Close, standing around the grand piano.  When our voices broke Jack was taught to sing bass.

Jack married Sheila Harvey in 1959 in Meldreth Church and they made their home in a new bungalow in Woolpack Way where Mark and Graham, their sons, were brought up.

Jack and Sheila organised and ran the choir for a number of years and they ran many fund-raising events to buy choir robes and hymn books, etc.

Jack was appointed Sacristan during the incumbency of the Rev. H A Lloyd Jukes.  Jack always carried out his duties with dignity and commitment.  Jack and Sheila were responsible for looking after the altar linens and altar frontals as well as making sure that there were supplies of candles, wafers, and communion wine.

Jack served on the Parochial Church Council for over 50 years and newer members appreciated his knowledge of church affairs.  He could always be relied upon to remember when certain events happened.

Jack’s other love was Old Time Dancing.  He and Sheila organised dancing holidays for more than ten years and many people enjoyed these “get togethers”.

The large congregation at Jack’s funeral in Meldreth Church was a testimony to the high regard in which many people held him.

We offer our sincere sympathy to Sheila, Mark, Graham and grandson Alistair.  May he rest in peace.