You are here: HomenextPeoplenextObituariesnextJoe Gelling 1943-2012 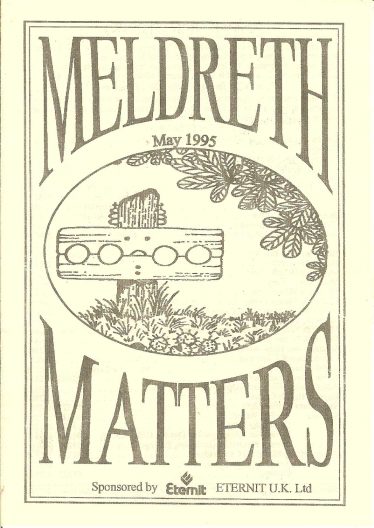 zoom
The May 1995 issue was Joe's first as Editor

It is with great sadness that the Meldreth Matters team has learned of the passing of Joe Gelling.  Joe passed away on 18th October 2012, following rapid deterioration of his health.

Joe was born in the Isle of Man in 1943.  After leaving school at the age of 15, he was an apprentice baker for five years before joining the Army.  He served in the Royal Army Medical Corps as a nurse in various parts of the UK and the Far East for 22 years.  In 1986 he left the Army and joined the staff of a private psychiatric hospital in Kneesworth.  He and his wife Jackie, who died in 2007, moved to Meldreth in 1987.  Joe retired in 1992 due to ill health, and was eventually diagnosed with Multiple Sclerosis.

Joe provided sterling service for Meldreth Matters for many years working as the Editor alongside his wife Jackie.  Joe and Jackie were MM’s longest-serving editors.  They produced the magazine from 1995 to 2004; reluctantly relinquishing the role when Jackie became too ill to continue.

Joe was a friendly and approachable person, with a unique sense of humour and gave willingly of his time to benefit others.  The physical restrictions of his MS, of which he never complained or grumbled, made his commitment to Meldreth Matters all the more valued and demonstrated an admirable ability to overcome life’s obstacles.

Joe, with Jackie’s help, presided over many changes to the magazine over the years.  They expanded the desktop publishing of Meldreth Matters, still just becoming mainstream at the time, streamlined the production and moved to advertising as a means of funding the magazine;  the magazine increasing in appeal, size and complexity all the time.

Joe put in an enormous effort behind the scenes and provided a useful and recognised service to the village.  His contributions to Meldreth Matters have had a lasting effect on the magazine and will not be forgotten.

Our thoughts are with Jackie’s and Joe’s sons, Colin and Leslie, and the rest of his family at this difficult time.