You are here: HomenextPeoplenextObituariesnextMargaret Jones (1912 - 2011) 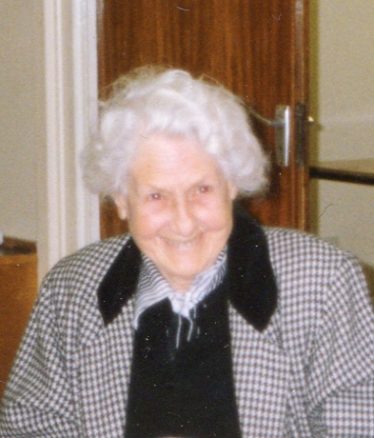 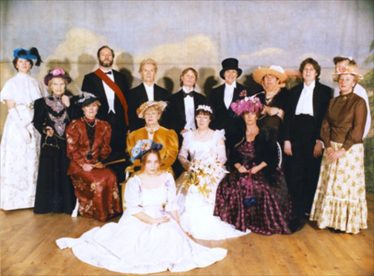 The following tribute appeared in the March 2011 of Meldreth Matters.

When I first met Margaret through the WI we had been “entertaining” the village for some time. She had so much experience with dance and amateur dramatics (how many 80+ ladies do you find that can stand and put their foot straight on the top of the door!) that I was delighted when she offered to be wardrobe mistress for the Super Troupers

How lucky we were. She had the most amazing ability and was able to create wonderful costumes from almost nothing. For example, she would plait crepe paper and fashion a wonderful hat, which she would then lacquer so it looked like shiny straw. An old fur coat would become a guardsman’s busby and the costumes she made for us had us feeling so glamorous. And she did it all by hand.

I still treasure a picture of me as Marilyn Monroe (hope you’re not eating breakfast) in the famous white pleated dress she made from old sheets!

She and her friend, the late June Seed, worked so hard trawling through jumble sales and charity shops, that our costume budget was so small and it left more profit for the Village Hall fund.

It wasn’t just the “Troupers” Margaret worked for. Many children in the village had fun wearing fancy dress and school play outfits that she made.

I know others will have their own memories of Margaret but I wanted to share mine.  On behalf of all old “Troupers”, thank you Margaret. It was a privilege.