You are here: HomenextPeoplenextObituariesnextReg Hodder 1915-2012 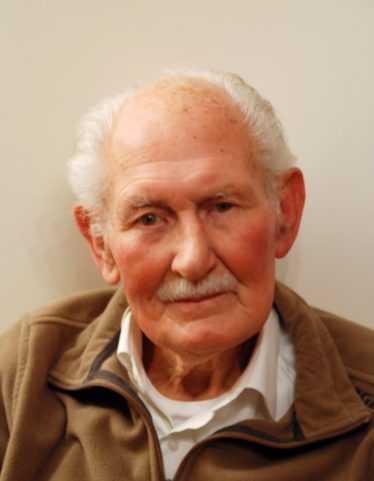 The following obituary first appeared in the September 2012 issue of Meldreth Matters.

Regretfully Reg Hodder passed away peacefully in his sleep on 1 August 2012.

Reg moved to Meldreth with his wife Mary, known affectionately as ‘Jim’ and their family in 1967.  He devoted his spare time and life in retirement to his interest in gardening.  In his early years in the village he kept a variety of chickens, pheasants, guinea fowl and ducks at various times.

Born on the Isle of Portland in Dorset on 1 February 1915, Reg joined the RAF as a Halton apprentice at the age of 16½.  He trained as an engineer and went on to have a 33 year career in the Royal Air Force.  His career spanned the age of biplanes through to the jet age, seeing service both at home and abroad.

During the Second World War, Reg served in Britain, France, Belgium, Italy and North Africa.  He was commissioned in 1943.  After retiring from the RAF in 1964, he moved to RAF Bassingbourn where he managed the servicing contract for the RAF’s Canberras until closure of the RAF station.  He continued his long association with the RAF as a Technical Author at Marshalls of Cambridge where, amongst other things, he was involved in the writing of servicing manuals for the RAF’s Hercules aircraft.  He finally retired in 1980.

Despite early ill health which had kept him off school for three years before the age of 9, Reg lived to the ripe old age of 97, seeing grandchildren grow up and great grandchildren come along.  Indeed, he had remained very fit for his age until comparatively recently and was a familiar sight around the village on his electric bicycle which gave him the opportunity of meeting and chatting to other residents of the village, until he was finally persuaded to hang up his bike at the age of 95!

Ann, John, Liz and David and their families would like to thank his friends for their companionship, help and support over his many years in Meldreth, which had helped him continue the independent living that he so cherished until his final few months.  We love and miss him greatly.