You are here: HomenextPeoplenextObituariesnextSylvia Gipson 1916 - 2011 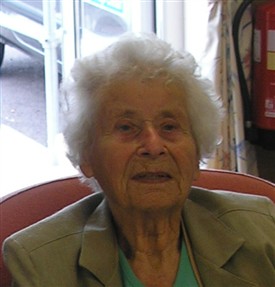 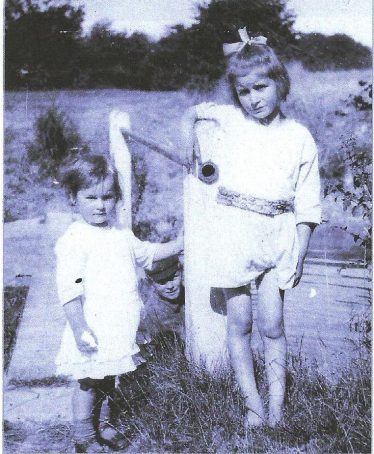 zoom
Sylvia with her younger sister Evelyn. Her brother Norman can just be seen between the sisters.
Photo supplied by Joan Gipson and Chris Duguid

Sylvia was born in the British Queen Public House in 1916, the third of five children.  She lived in Meldreth her whole life.

Sylvia attended Meldreth Primary School and always treasured a sewing box which was presented to her by Mrs Elin as a prize for good needlework when she was 10 years old.  In fact her needlework skills remained with her all her life and until recently she made and altered all her own clothes.  She was honoured to be present at Meldreth school centenary celebrations last year as the oldest surviving pupil.  Sylvia never really entered village activities although she was a member of the Good Companions Club (for the over 60’s) and enjoyed the outings, especially cream teas and fish and chip lunches.

Her remarkable memory was found invaluable to members of Meldreth Local History Group who interviewed her and she often answered questions about the village of her childhood.

Sylvia  was very much an outdoor person.  When she lived in the British Queen she kept chickens in the meadow behind the pub and people would come from all around to buy her eggs.  For some years she also helped John Handscombe at his smallholding in the High Street.

When she moved with her sister Muriel to Woolpack Way in 1966, Sylvia established and maintained a garden of flowers and vegetables of which anyone would be proud.  She was ably assisted by Norman Clark.

Sylvia loved her weekly trips to Royston and Cambridge and made many friends on those bus journeys.

Many people may remember the donkey, Shandy, that lived first in the pub meadow and later in the field at the end of Woolpack Way.  Sylvia loved him dearly and it was appropriate that a poem about Shandy was read at her Thanksgiving Service.

Sylvia led a happy, simple and uncomplicated life – a life that some in today’s hectic world could only dream of.