You are here: HomenextPeoplenextObituariesnextSheila Pinney 1921-2014 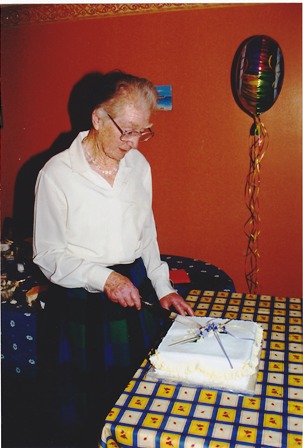 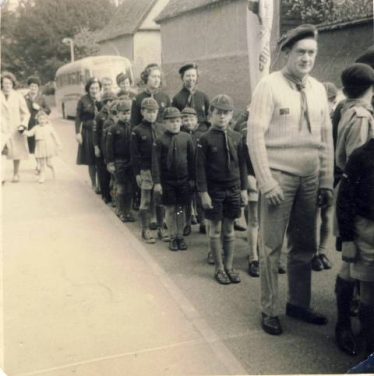 The following obituary first appeared in the August 2014 issue of Meldreth Matters.

Sheila was born on 2 December 1921 at 42 Westminster Drive, Westcliffe-on-Sea, Essex, the daughter of Frederick and Nora Phelps.  Her mother died when she was 14 years; old and her brother Roy died of tuberculosis as a young man.

Sheila attended Westcliffe-on-Sea High School where she was captain of the hockey team and did well academically.  She could have studied for a degree but circumstances meant that she joined the Civil Service, starting in the telecom office and then moving to the Admiralty, travelling from Westcliffe to London each day.  This was during the Second World War.  In 1940 her Admiralty office moved to Bath, a happy time with good friends.

Sheila met Albert Pinney, who was a draughtsman involved with submarines.  They both played in the departmental hockey team.  They married in April 1945 at Percy Congregational Church, Bath and spent their honeymoon in the Trossachs, Scotland.  In 1946 their son David was born in Bath.  Their home at that time was a flat in an old three-storey house with 81 stairs and a shared loo!

Bert and Sheila, with their new baby, enjoyed walks in the countryside and drives in their Talbot.  After the War Bert was transferred with the Ministry of Works to London where the family lived in Gillingham, Kent before buying their first house in Kenton.  It was here that Robert was born in 1948.  In about 1950 Bert was transferred to Brooklands Avenue in Cambridge and their next home was a bungalow on the main road in Hardwick, where Alan was born in 1953.  In April 1954 the family moved to Kelston Cottage in Meldreth High Street, initially sleeping in the garage and front room while alterations were made to the house.  Unfortunately, Bert fell ill in October of that year and although he had an operation, sadly died of cancer in March 1955.  Sheila wrote that “Words cannot describe the sadness of that time and I wish all the time that he could have stayed with us through the years.”

Sheila was blessed with a good family and good friends but life was tough for her.  She was amazingly strong, helped by good health and stamina and her strong Christian belief.  The family attended the Methodist Chapel in North End and after the Chapel closed Sheila attended the Methodist Church in Whaddon then the United Reform Church in Melbourn where she made good friends.  For the whole of her adult life her family and friends were very important to her.  She would take her three boys on holiday to her father’s home in Westcliffe during the summer and made other trips to wartime friends by the Norfolk Broads.

Sheila was very involved in village life, working as a dinner lady, secretary and unofficial classroom assistant and French teacher at Meldreth Primary School for many years until she retired in March 1983.  In addition, she was a member of the WI and attended Mrs Jude’s embroidery classes, was Secretary of the Meldreth Parish Charities, volunteered at Meldreth Manor and was a deliverer for Meldreth Matters.  With Janet Marr and Joyce Howard she opened a Cub Pack in a barn in The Grange which she continued with for eleven years.

Sheila picked fruit for Jack Palmer and later Robert Elbourn, also helping in their shop.  She enjoyed sport and became a very keen member of Meldreth Tennis Club playing until her 86th year!  Sheila’s other loves were her garden and walking in the countryside with the Royston Ramblers and Holiday Fellowship.  As well as her three sons Sheila had four grandchildren and a number of great grandchildren who she was devoted to.

Sadly Sheila had to leave her home in Meldreth in May 2010 due to ill health moving to Millfield Lodge Care Home in Gamlingay.  This was not an easy time for her, after spending over 50 years in Meldreth, but she was well looked after and was able to enjoy her 90th birthday with all her family at Alan’s home in 2011.  Sheila was highly respected and admired lady and it was a pleasure to have known her over 50 years and we all miss seeing her walking in the village.