A Walk Along Chiswick End, Page 2 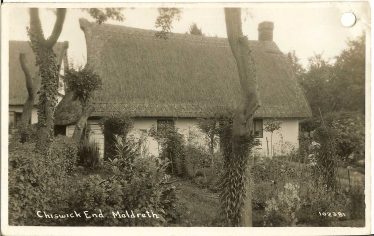 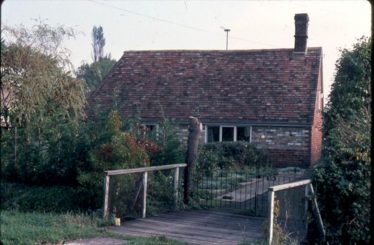 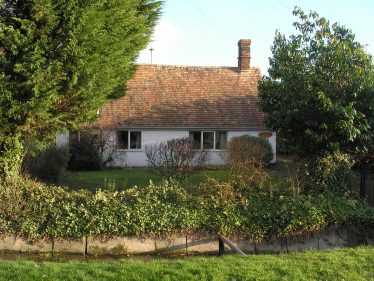 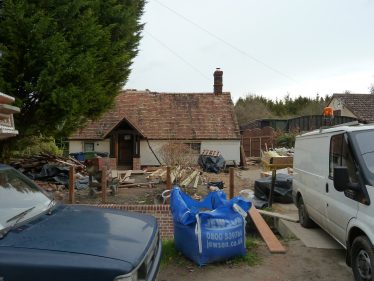 zoom
By the end of 2011 work was underway to extend and modernise the tiny bungalow. An extension was built to the back and the main door re-sited to the front.
Tim Gane 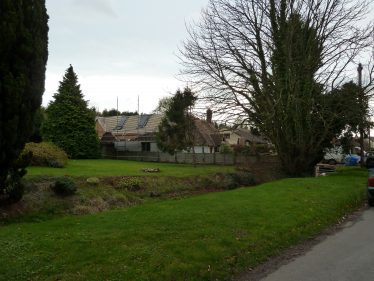 zoom
A view showing the large extension being added to the rear of Chestnut Cottage.
Tim Gane 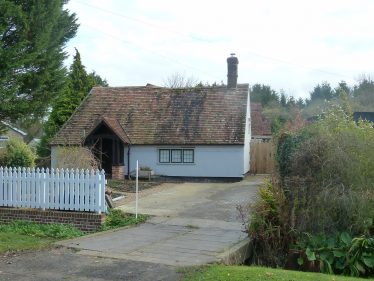 zoom
By the end of 2012 the transformation was complete.
Tim Gane 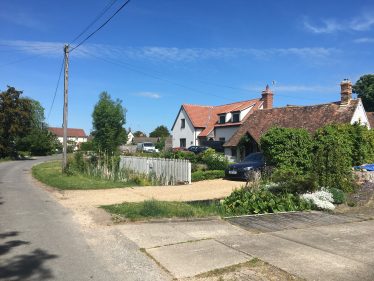 zoom
By 2020 the large chestnut tree and adjacent fir had been felled leaving anyone new to the area wondering why about the name 'Chestnut Cottage'!
Tim Gane 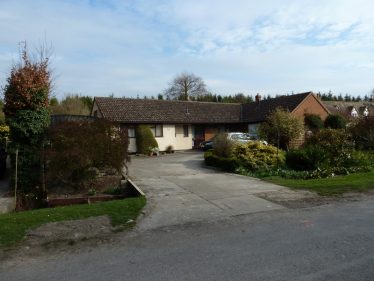 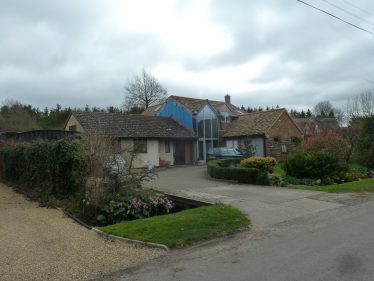 zoom
17 Chiswick End, March 2014. Halfway between a bungalow and a house.
Tim Gane 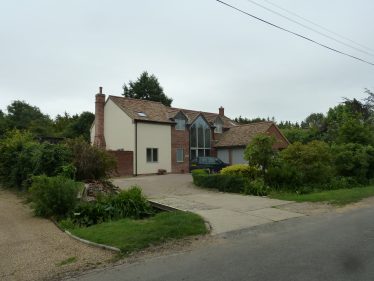 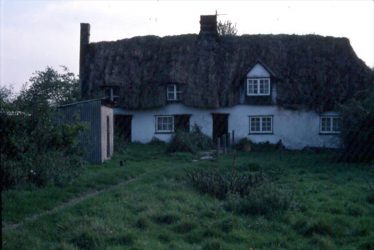 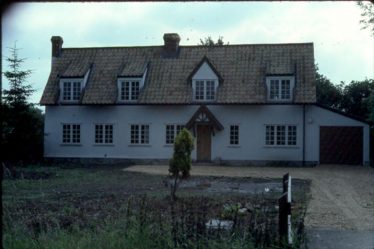 zoom
Two into One will Go! No 19 Chiswick End after its renovation
Ann Handscombe

Continuing our walk up Chiswick End a few years ago you could be forgiven for missing No 15.  This tiny, one bedroomed cottage nestling under a huge Horse Chestnut tree was used as a holiday cottage until 2011.  Just the width of the plot and squatting under it’s large tiled roof, it was known originally and unsurprisingly as Chestnut Cottage.  In those days it was thatched but it was replaced with tiles sometime mid-century.

In 2010 it was saved from demolition when plans to build a new property in its place were dropped and by 2011 it was undergoing a major restoration.  This was done very sympathetically with a new front facing front door and a large extension to the rear. The pargetting under the eaves is an especially nice touch.

At the turn of the last century there was an orchard next to Chestnut Cottage belonging to John Payne of Melbourn.  Up until 2011 a modern bungalow, no. 17, occupied the space.  Over the following years a metamorphosis took place when the bungalow was transformed into a house.  This was done in two halves as can be seen in the attached photos.

Walking on we find a large detached house hiding behind its garden of trees and shrubs.  Back in 1976 we would have seen a very different sight.  A sad, neglected series of two thatched cottages, looking abandoned and ripe for demolition.  Also owned by John Payne, someone took pity on them and transformed them into a handsome detached property.

Let’s walk on up Chiswick End.