A Walk Along Chiswick End, Page 3 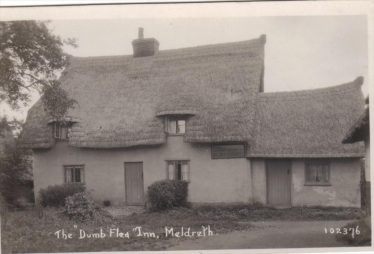 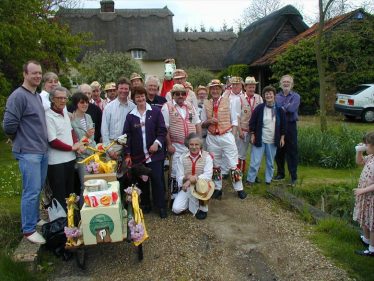 zoom
Standon Morris with members of the Meldreth Village Association outside the Dumb Flea on May Day 2000. Current occupants Julie and Peter Draper are on the far right of the photo
Tim Gane 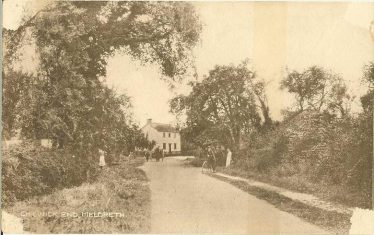 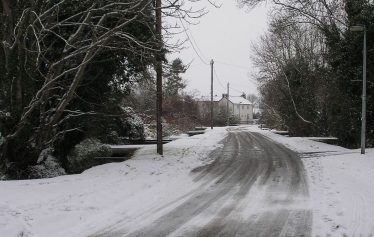 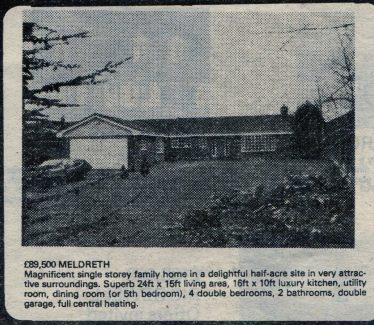 Continuing our walk up Chiswick End, the next cottage we come to is the lovely, old thatched cottage and former public house known as the Dumb Flea.

The History of the Dumb Flea

The main house is typical of the type of dwelling that emerged in the seventeenth century and persisted into the eighteenth, i.e. two rooms flanking a central chimney with a back-to-back inglenook fireplace.  From the bricks in the chimney a date in the early eighteenth century is the most likely.

At some time in the nineteenth century the building became an Ale-House and a single storey room was added as a ‘cellar’ room for the beer.  A wide door on the front of this extension provided access for the barrels although this was removed in 1980 when the extension was extended another 8 feet and provided with a hipped roof.  This is now the kitchen.
The outside storage barn was restored in 1959 and re-thatched in 1986.

The origin of the name ‘The Dumb Flea’ has not been securely established nor is it known when it was first used but it would seem to have been at some time after 1897 as a document of sale in that year refers only to a beer house and no name was given.

The entry in The Victoria County History suggests that the name is a corruption of ‘The Lord of Dumfries’ but there is nothing known to substantiate that.  An alternative suggestion is that it may once have been ‘The Dun Fleece’ which is perhaps more plausible.  The other version that we have heard is that someone came into the beer house and finding everyone in there silent and looking a bit glum said ‘What is the matter with you lot, you look like a lot of dumb fleas’!

1821  The plot comprising, house, barn and orchard was sold at the Bell Inn, Meldreth by auction for £14 to James Course.
1861  The first recorded publican of the beer house was a woman, (Mrs?) A.Payne and the population census up to 1881 shows that a Benjamin Payne, beer retailer, and  (Mrs) A.Payne, publican lived in Chiswick End (presumably in the Dumb Flea).  Late in his life Benjamin Payne handed over the job to his youngest son, John, who is recorded in Kelly’s Directory for 1892 as beer retailer and farmer. ( At some stage he seems to have changed the spelling of his name to Pain.)
By 1897 the beer house [no name given] was in the possession of the Fordham family who ran a brewery in Ashwell.

Publicans recorded in the 20th century were:
John Pain – there is apparently a parish record of 1910 noting the ownership of the brewery and the name of John Pain as publican
Charles Harrup who seems to have lived in Whitecroft Road.
Frederick Waldock had the Dumb Flea registered in his name in 1937.  Jim Rayner was the last publican starting in 1948.

We are most grateful to History Group member Peter Draper for providing this information on the Dumb Flea.

Next along Chiswick End is Brookside Cottage, the white house on the bend.

According to the 1910 LVD the occupant then was Fred Payne.  The cottage was owned by Walter Beale of Sun Hill, Royston.

Joyce Howard remembers Ted and Lizzie Payne who lived in Brookside in the 1950s.  Ted worked for the British Legion in Cambridge.  Lizzie, it is said, had an angled mirror in the window of Brookside so she could she could watch anyone coming up Chiswick End.  The very first Neighbourhood Watch?

There is said to be the ghost of a young woman living in Brookside who is ‘sensed’ mainly by men.  She has often been ‘felt’ as an icy presence although she has actually been seen moving along the upstairs corridor and even standing at the foot of the bed!  She has been nicknamed ‘Lizzie’ although a local clairvoyant believes she may be a woman named Madelaine who is just ‘passing through’ the house en-route to a medieval monastery in search of her dead daughter.

Until 1976, Brookside was the last building on the left hand side of Chiswick End.  Beyond was just orchards belonging to George Palmer.  In 1976, George sold two acres of orchards south of Brookside as four, half acre plots which were developed for four houses / bungalows, Nos. 29, 31, 33 and 35.  Four additional properties were built in the intervening years and complete the buildings on the left hand side of Chiswick End up to the scrapyard owned by Herbert Henry.  The scrapyard marks the current end of Chiswick End.  Had we made our walk 50 years or so ago we would have seen allotments on the site of the scrapyard and beyond that woodland and massive heaps of asbestos waste from the Atlas Stone Company / Eternit.  This waste was transported from the factory by a petrol powered locomotive, Puffing Billy.  A small section of track can still be seen embedded in the roadway just beyond 39 Chiswick End.

Ken Winter has many happy memories of times spent playing in the woods and ponds at the top of Chiswick End.  Click here to go Ken’s pages to read about them.

Before we leave this side of Chiswick a few words must be said about the stream that runs down alongside the road.  The stream originates from a spring somewhere to the south of Chiswick.  The spring and river were called Bull Creek after the bullhead fish that used to live in the stream.  It was the only source of water for those living on Chiswick End until 1938 when mains water was installed.  The water was extracted from the stream from ‘dipping holes’.  Each household had rights to use its own particular dipping hole. Due to reduced rainfall levels and extraction of water for irrigation the stream has run dry several times over the last decade.  Previous to this it has never run dry before in living memory.

Let’s cross over the road and walk back down Chiswick End.