A Walk Along Chiswick End, Page 1 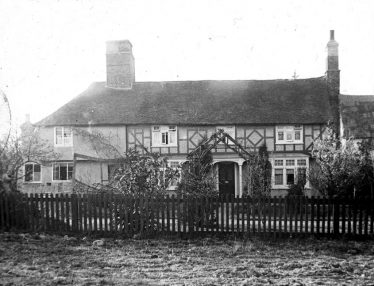 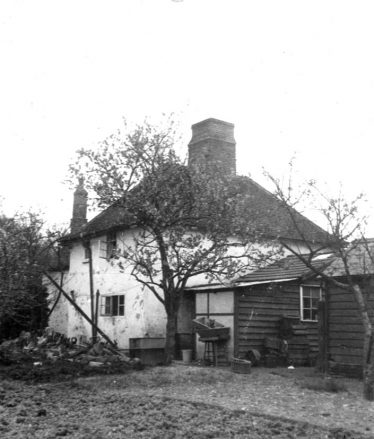 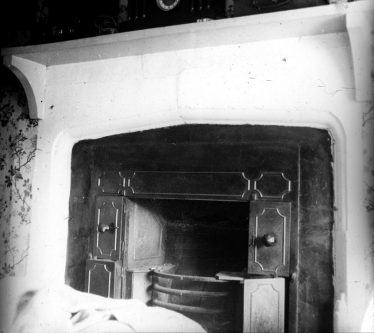 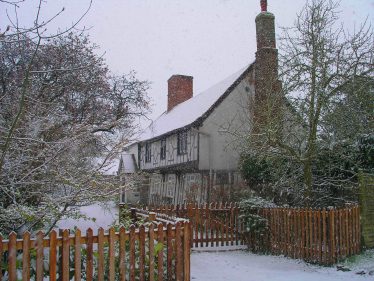 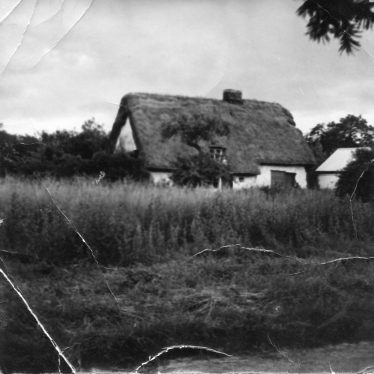 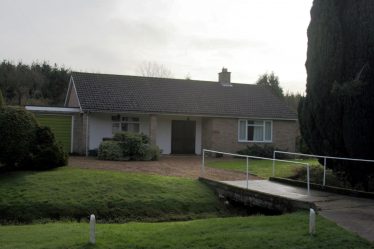 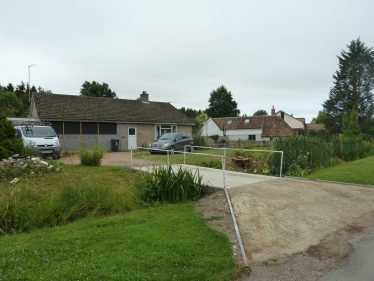 zoom
By July 2015 the bungalow had been sold and work was beginning to build two houses on the plot. The first was built alongside the bungalow to allow it to be used as a dwelling whilst the building work was undertaken.
Tim Gane 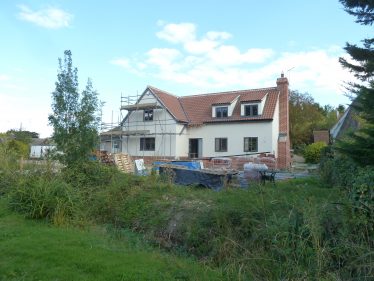 zoom
By the beginning of 2017 a new house was being built on the site of Lydia's bungalow at no 13.
Tim Gane

On the next few pages I will take you for a walk up Chiswick End.  With photos ancient and modern I will try to portray a little of the history of this most lovely of roads.  We will walk first up the left hand side of the road and then come back along the opposite side.

Chiswick House is perhaps the oldest house in the road as it contains beams dated as 1340.  Of course these beams may have come from another place and so this date can’t be relied upon as definitive evidence that the house was built at this time.  It is believed however that the first owner was the Earl of Chiswick who was a tax collector and it is possible that it was he who had the house built and is hence the origin of the name.

What is certain is that there are two fireplaces in the property dated at around 1550 and it is believed that King James 1st stayed here around 1603 when it was a hunting lodge on one of the Manor estates.

The earliest photographs we have are three lantern slides belonging to the Cambridgeshire Antiquarian Society which are dated ~1930.  These slides are titled Throcking House although they are definitely of Chiswick House.  We have been unable to find any reference to this name elsewhere.  Since these lantern slides were taken the two bay windows have been removed as they were found to be very rotten and the front door has been moved.  The property became Grade II listed around 1985 and was used as a bed and breakfast until relatively recently.  It is now a very picturesque private house.

Chiswick House was originally a farm house as evidenced by the barns in what was originally the farm yard.  Originally it was called Chiswick End Farm and the farmhouse and 29 acres of land was sold in 1898 (see bill of sale attached at the bottom of this page).  At the time the farm was occupied by Mr T Kelshall, the father-in-law of Andrew Howard, the owner and farmer of Chiswick Farm further up Chiswick End.  The accompanying map shows the extent of the land belonging to Chiswick End Farm.

If we were walking down Chiswick End at the turn of the last century we would have seen a small orchard behind Chiswick House and then a tiny thatched cottage that would have been home to two families.  This cottage was owned by Mrs SD Bowman who was living in The Laurels (now Hawkesbury House) in North End.  The LVD and census shows that the Bowmans were wealthy farmers and land owners.  William Waldock was one of the residents in the thatched cottage which was demolished sometime ~1960. Two modern bungalows, nos. 5 and 13, were built around this time.  No 13 was built by Mr and Mrs Leggett, Lydia Leggett was a relative of William Waldock.  She passed away in early 2012 and the bungalow was sold.  What happened to numbers 7, 9 and 11 is a mystery!

By the middle of 2015 the bungalow had been sold and planning permission obtained to build two houses on the plot.  The first was built alongside the bungalow so it could be used as a dwelling during the construction and then demolished once the new house was complete in 2017.

The brook running beside Chiswick End disappears underground at this point on its journey down and across Whitecroft Road and eventually into the River Mel.

Let’s walk on up Chiswick End