A Walk Back Down Chiswick End, Page 4 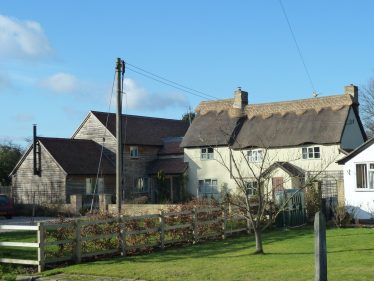 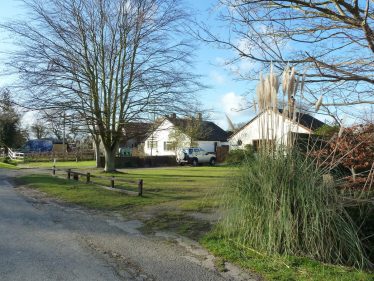 zoom
Photograph 2: Two of the three bungalows built in the late 1950s on the site of the old Addleston Charity Cottages
Tim Gane 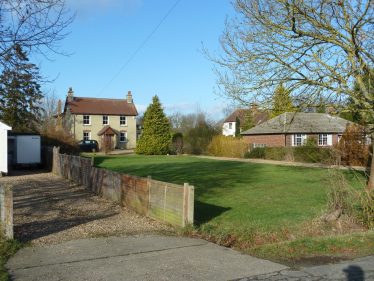 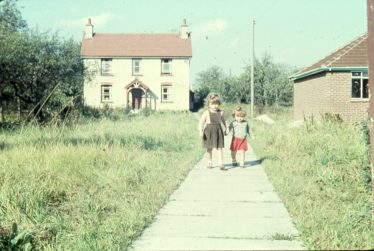 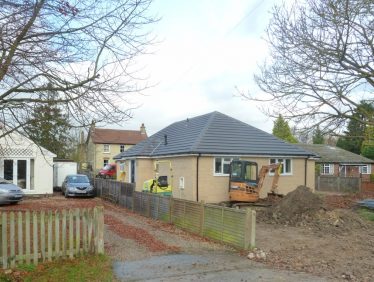 zoom
Photograph 5: The new bungalow being built in front of Norman Cottage in 2013.
Tim Gane 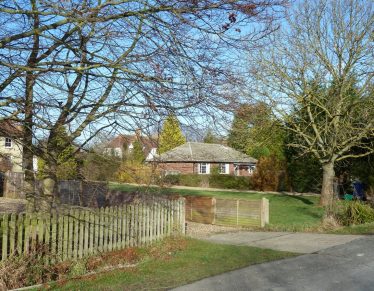 zoom
Photograph 6: The bungalow built by Robin Anderson on land given to Robin by Andrew Howard as a wedding present. (Photograph taken in January 2012.)
Tim Gane 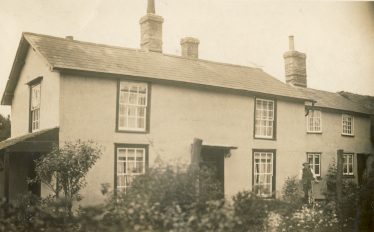 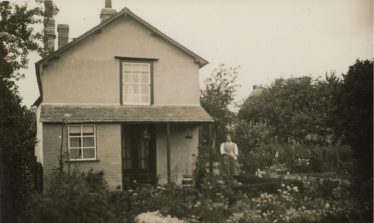 zoom
Photograph 8: The Jacklin House stood end on to Chiswick End. Dolly Jacklin (nee Wing) is standing in the garden. The edge of the Chiswick Farm Cottages is just visible over the trees. c. 1928
Bill Wing 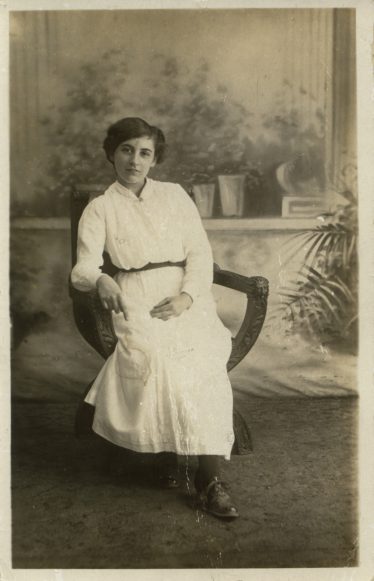 Having reached the top of Chiswick End and turned to come back down, there are no houses beyond the small piece of track from the Meldreth Tramway that is set into the road.  Beside the track leading to Kneesworth is Tim Elbourn’s Heritage Apple Orchard, part of Cam Valley Orchards.

Walking back down the road, the first house we come to is the lovely old thatched Fordham’s Cottage with its large extension standing in two acres of garden and orchard (Photograph 1).

Next along the road are three bungalows built in the late 1950s.  The old, one room Addlestone Charity cottages stood on this site until they fell into disrepair and were pulled down to make way for the new bungalows (Photograph 2).

In 2021 work started on the construction of two detached bungalows behind no 30.

Then comes Norman Cottage which is set back from the road.  If you had walked along Chiswick End prior to 2013 you would have seen only a large expanse of lawn in front of the cottage now there is a large detached bungalow on this space (Photographs 3, 4 and 5).

Norman Cottage and its adjoining land were originally owned by a member of the Waldock family and later by the Howard family who lived in Chiswick Farm House until 1960.

Part of this land was given to farm worker Robin Anderson by Andrew Howard as a wedding present.  Robin had a bungalow built although he sold it soon afterwards (Photograph 6).

Beyond these bungalows are several, modern, detached houses, some standing well back from the road and shielded from view by trees.  Originally, a large cottage (Photographs 7 and 8) stood end on to the road which was occupied by Dolly (nee Wing, Photograph 9) and Montague H (Mont) Jacklin.

Behind this house stood a large orchard which has long since been grubbed up.  It was here that Andrew Howard kept two milk cows in the 1940s/50s.

Much of this land was previously open ground and orchard.  An old railway carriage stood here during the 1950s which belonged to Andrew Howard’s mother.  It was occupied by a Russian or Polish gentleman who worked as a chemist at The Atlas.  His wife refused to come over to England and so he went back once a year to visit her.

Mrs Howard also had several old buses in the orchard which were used by her vegetarian lady friends.  Today you will see a driveway down to a large detached house where these buses used to stand.

Let’s continue our walk back down Chiswick End….