A Walk Back Down Chiswick End, Page 5 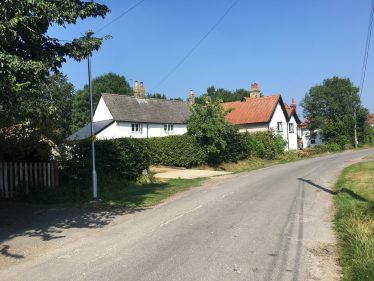 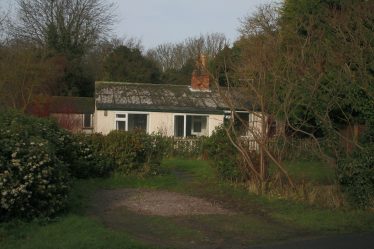 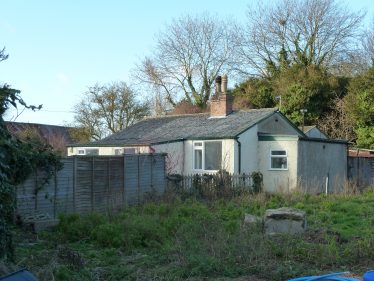 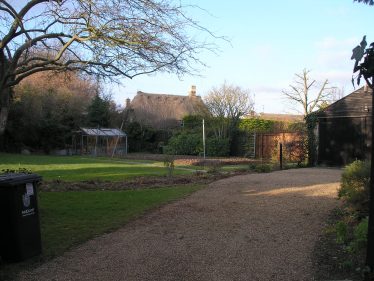 zoom
Photograph 4: The garden of no 6 Chiswick End in 2008
Tim Gane 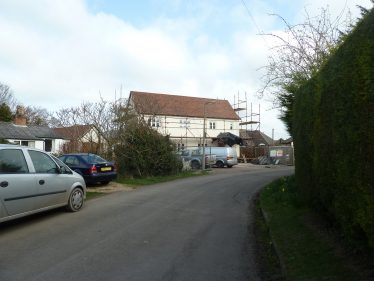 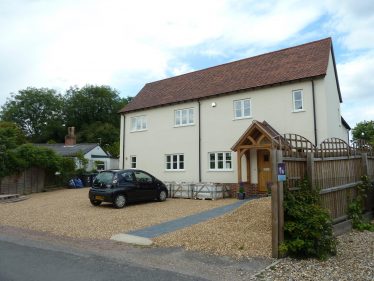 zoom
Photograph 7: 6 Chiswick End before the start of the renovation in March 2011
Tim Gane 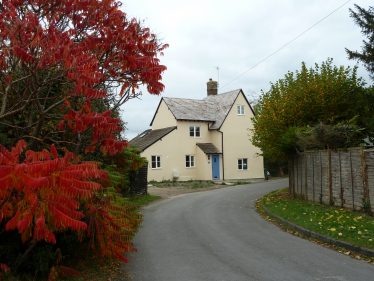 zoom
Photograph 8: 6 Chiswick End in October 2011 after renovation (no 4 Chisiwck End stands behind no 6 and is not visible in this photograph)
Tim Gane

zoom
Photograph 9: Lantern Slide of nos 4 and 6 Chiswick End photographed in the 1930s
Cambridge Antiquarian Society with thanks to the Cambridge Record Office 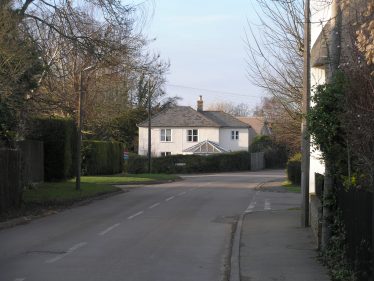 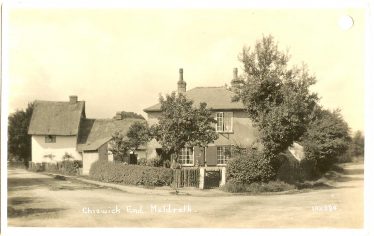 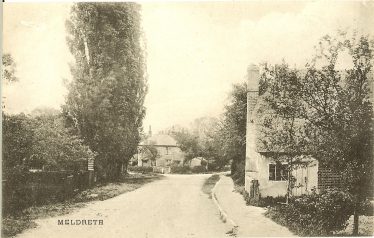 zoom
Photograph 12: Whitecroft Road ~1920 showing Bramble Cottage in the foreground and no 2 Chiswick End in the background
Postcard, manufacturer unknown

As we continue our walk back down Chiswick End we come first to the farm worker’s cottages belonging to Chiswick Farm. These used to be two cottages but they have now been converted into one. Virtually adjoining this property is the impressive Chiswick Farm House with its accompanying barns and pigeon loft/grain store. (Photograph 1)

Standing beside the pigeon loft there is a quaint little bungalow, no 8 Chiswick End (Photographs 2 and 3), built by Andrew Howard in the early 1940s to house the Land Army Girls, although in actual fact they never lived there. During the war there were strict regulations as to what could be built and to what materials could be used. This has given the cottage a unique appearance which has changed little over the intervening 70 years.

Behind the bungalow is a small, detached building with a most beautiful parquet floor used now as a store. The late Joyce Howard told us that this was built around the same time as the bungalow as a playroom for Andrew Howard’s disabled brother Alwyne.

The first occupants of the bungalow were a family who were living in Whitecroft Road in the thatched cottage which is now known as Bramble Cottage. They were succeeded by Bert Dash and it is still rented out in 2020.

We have now reached the sharp turn at the bottom of Chiswick End and until recently there were just three more houses, semis numbers 4 and 6 and a detached, number 2. However, in 2012 the garden of no. 6 (Photograph 4) was sold off and there is now a large detached house, no 6a, standing there (Photographs 5 and 6).

Numbers 4 and 6 were renovated in 2011 (Photographs 7 and 8). Number 6 was the final home of Joyce Howard before she moved to Moorlands in Melbourn where she died in 2010. The age of the building in not known, but it has always been two houses. (Photograph 9 shows the cottages in the 1930s).  Joyce remembers that Ann Blows lived in one half during the 1950s with the Clarke family living in the other. The Clarke’s had a caravan in Whitecroft Road which was used during the summer months by the fruit pickers in the Howard’s orchards.

A collection of photos of the internal structure of nos 4 and 6 Chiswick End can be found in an attachment at the bottom of this page.

The final house is no 2 Chiswick End which looks more as if it belongs in Whitecroft Road than Chiswick End (Photograph 10). The cottage was built in 1854 as evidenced by a date inscribed in the cement around the chimney. It was built originally as two, one up, one down, orchard workers’ cottages, although it is now a single house. The Patemans used to live in one half before it was converted sometime after the mid 1950s. Their son, Stan, has been a great help to the History Group with his recollections of Meldreth. A later occupant was Miss Ruby May Cambridge who acquired the cottage from Mr William Jesson in 1961. Miss Cambridge also purchased the garden plot around this time from AT Howard and PH Wedd. The house was bought from Miss Cambridge by Mr Charles Blazer in 1991 and sold on again in 1996 to the current occupants who extended it in 2003.

Earlier owners of the cottages were C Ellis who sold them to Ms A. E. White in 1881. She then bequeathed them to her cousin, Hale Wortham, who subsequently passed them to his cousin, Henry Dalton Nash Wortham, in 1899. H D N Wortham sold them to E V Ellis who died in 1957 whereupon they passed to Mr William Jesson.

Photographs 11 and 12 show the cottages at the bottom of Chiswick End in the early part of the twentieth century.

We are indebted to Mr & Mrs Hunter for much of the above information.

That concludes our walk back down Chiswick End. I hope you enjoyed your stroll. It is a lovely road today, although it must have been the quintessential English Lane back in the first half of the twentieth century with its thatched cottages, beautiful orchards and of course The Dumb Flea to slake your thirst on a hot summer’s evening!  How lovely to have lived back then!