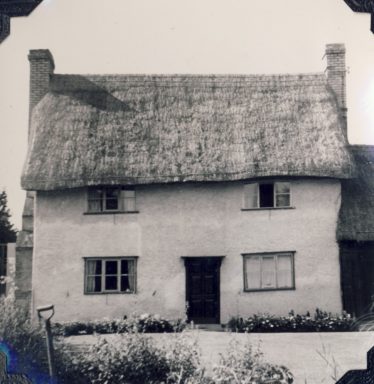 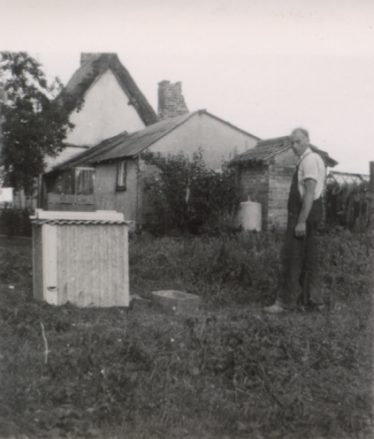 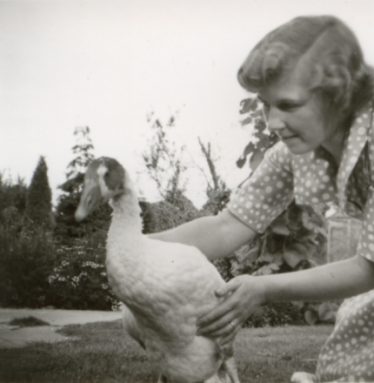 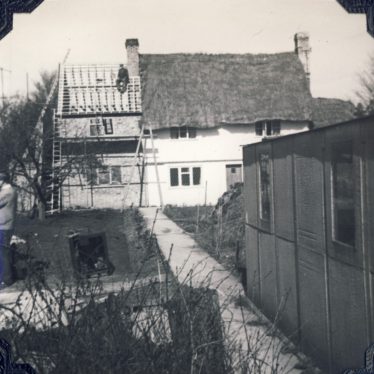 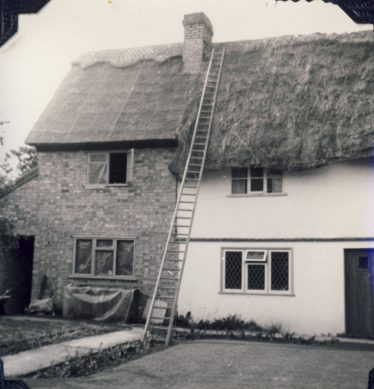 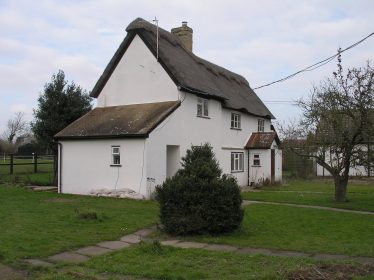 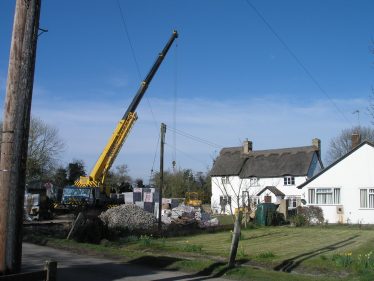 zoom
Work on the barn extension is underway
Tim Gane 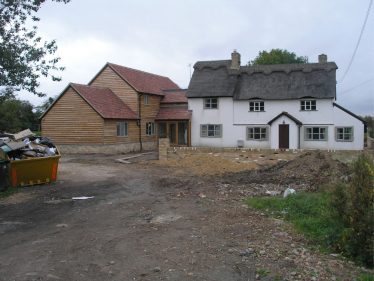 Fordham’s Cottage is the last property on the right hand side of Chiswick End.  Standing in two acres of garden it is probably the largest house in Chiswick End following the addition of a large barn style extension in 2007.  Originally though it was just a tiny two up, two down thatched cottage and although it is not known exactly when it was built, ~300 years ago is probably a reasonable estimate.

Fordham’s Cottage derives its name from the Fordham family who occupied it for much of its history.

One branch of the Fordham family ran the Fordham’s Brewery in Ashwell and supplied some of Meldreth’s public houses (including the Dumb Flea in Chiswick End) with their beer. However, there is no known connection between the brewing Fordhams and the family that lived in Fordham’s Cottage.

The 1841 census shows the cottage occupied by 50 year old tailor, William Fordham, his spinster sister Hannah, aged 35 and her daughter Susan, aged 20. Susan lived on in the cottage, unmarried, until she died in 1896 aged 78.  Her profession throughout was dressmaker. For most of her life she appears to have lived alone although in 1861 she was joined by her 16 year old neighbour Ann Pain, who was working as an apprentice dressmaker to Susan.

After Susan Fordham’s death the 1901 census shows that the cottage was occupied by the Croxall family: 46 year old James Croxall from Derby, his local born 26 year old wife Martha and their three children, William (Blows, from Martha’s previous marriage) and daughters Mabel and Martha. James was a labourer at the cement works, but sadly James died in 1906 and the 1911 shows widow Martha living with her four children, William, Maud, Charles and little 5 year old Harold.

Tragedy was to befall this sad little family again when, in 1913, little Harold Croxall died from injuries sustained in an accident on the Meldreth Tramway when he slipped and fell under the wheels of a loaded wagon crushing both legs.

What finally happened to the Croxall family isn’t known. By the 1940s the cottage was owned by Dolly Jacklin (née Wing) who was affectionately known as ‘The Heiress’ on account of the amount of property she owned in Meldreth.  A Mrs Mead lived in Fordham’s Cottage during the 1940s.

In 1949 Freda and ‘Mac’ Kefford moved into Fordham’s Cottage where they lived for nearly 60 years. They erected several glass houses and along with the large orchard put the big garden to good use running a small market garden raising plants and selling fruit and vegetables.

They also set about enlarging the tiny cottage.  The story goes that Mac sent Freda on a brick laying course so she could do the bulk of the building work!

The original cottage had a very low ceiling with lathe and plaster walls and a straw thatched roof. The extension Mac and Freda built can be clearly seen as it was taller and of brick construction.  It enabled them to add a kitchen downstairs and a small third bedroom and bathroom upstairs.

Freda continued to live in Fordham’s Cottage after Mac’s death but eventually she moved into Moorlands in Melbourn where she died in 2010.

The current owners carried out massive changes to Fordham’s Cottage in 2007 by adding a wooden clad barn extension, greatly enlarging the once tiny cottage into a magnificent family home.   The garden too has been modified with the addition of a large pond and a new fruit orchard.