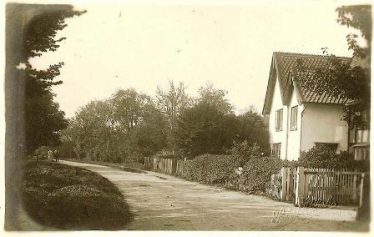 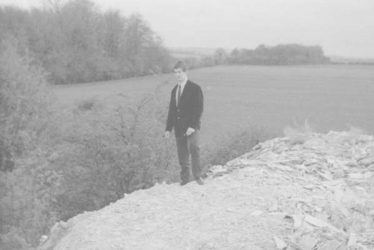 zoom
Ron Winter, standing on the asbestos dump with woods No. 1 & 2 in the background. c. 1960.
Photograph supplied by Ken Winter

The following article first appeared in the February 2009 issue of Meldreth Matters.

At the end of Chiswick End in Meldreth and just past the old asbestos dump, lies the “first wood”. The second and third woods lie further on with about four hundred yards between them. Their numerical names were synonymous and directly proportional to their interest, the third wood being best.

The first was a tangle of fallen, dead branches and surrounded by a protective layer of nettles, a silent sentinel waiting to sting any unwary visitors. Apart from insects and wood pigeons it had little to explore.

The second wood was much more exciting with ivy covered trees containing wrens nests, pheasants in the undergrowth of the perimeter and untold opportunities for camp and den building.

The third wood was similar, if smaller, and a much longer walk. In the fields between the first and second woods were two ponds. Why they were there we never knew and they have long since vanished but they were to us an absolute delight. There was a guaranteed moorhen’s nest and sometimes both a coot and mallard hiding in the reeds. Reed warblers had their own niche and their strangely marked eggs were interesting to find. It would be nice to know of their origin and indeed the reason for their demise.

One of us would always return home with a “wet foot” having trodden in the wrong place or been helped by an unseen push! Now they no longer exist, I wonder what became of the wildlife they harboured? It was an unusual habitat for the area but was found by the many creatures that inhabited it and forty years later with less and less habitat available it is no surprise that the species are harder to find. The hedges on route and bordering the fields could be counted on to yield a linnet’s nest about every ten feet. Now when I walk the same area with my children, there are virtually none.

February was a good time for a winter visit. Depending on the mildness of the weather, the end of February would yield a huge amount of frogs-spawn. An old jam jar would be filled and taken home for rearing tadpoles in a pond or old tank. The idea was to release them into the local ditch in the hope of more frogs the following year. The principle was good but never seemed to work. Newts were also plentiful but the spawn was harder to find as the eggs were laid under floating weed and leaves and were tiny. The population of frogs also meant that on the odd occasion and it was quite rare, we would spot a grass snake moving head up, through the water. We dare not try to catch them for fear that it would be an adder! We all knew it wasn’t but nobody was willing to try.

The ponds did not take up a huge space and it’s sad they no longer exist. Perhaps someone knows why?