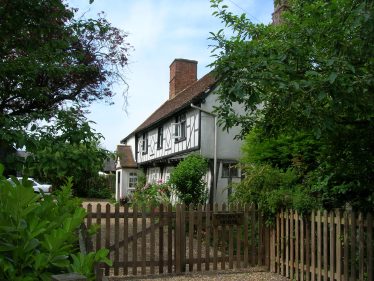 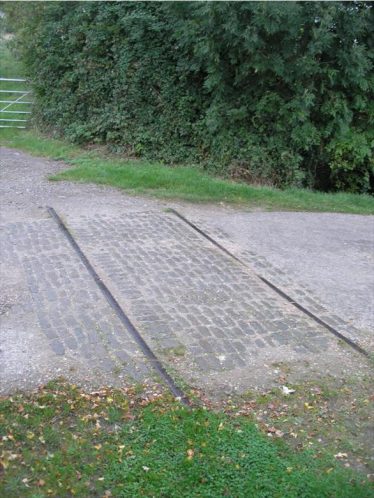 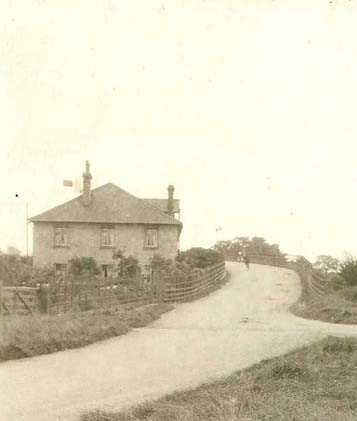 zoom
Station Hill, Meldreth (detail from a Bell's postcard)
When was the hill made?

In these days of mains water supply, it is difficult to realise that in the early 1900s the artesian well at Chiswick House, in Chiswick End, Meldreth supplied all the Elbourn family’s household needs, and the overflow was piped to the nearby stream to supply the drinking water for that part of the village.  A similar piped overflow from the well at Elmcroft (now Whitegates) in the High Street, supplied that area.  I remember old Mrs Howard had a water cart which she would fill at our pipe and then trundle it daily along Whitecroft Road to the Dower House (since called Chisholm and Longacre).

The stream still runs along the front of the houses in Chiswick End, though not as fully as it used to.  It was piped at the corner with Whitecroft Road about seven years ago as the increased traffic demolished the bank.  When we were boys we once got into trouble for paddling in the stream at the far end because, of course, it stirred up the mud.  A deputation of irate cottagers arrived at Chiswick House to complain; most of them had dipping holes in front of their houses to fetch water from and these had become dirty as a result.  It was a serious matter as they relied on the water for washing and laundry.

Along at the end of the road the Atlas Cement Company had a pit, a long low building and kilns.  When they ceased digging clunch from the pit it filled with water, and many years later was filled in with asbestos waste to form a white hill, that took many years to grow over and was quite a landmark.

The old Atlas railway line (or Puffing Billy Line as it is known locally) can still be seen in the tarmac of the road nearby although the buildings have long since gone and the kiln was demolished last year.

There was a much bigger pit behind the Atlas Works in Whaddon Road where clunch had been dug to make cement with.  It was also filled with water to a depth of 40 feet.  It had the old railway track running down to it and as boys we played there many times.  We had a raft which we built and in the company of other boys paddled around.  My brother and the older boys could swim, but I couldn’t; until I found I could go into the water down the old railway track and splash back to the side.  With 40 feet of water under me I soon learnt to swim!  This pit was later filled in after a man was found drowned.

The Puffing Billy Line ran from the works in Whaddon Road along the back of the houses and their land in Whitecroft Road and crossed the main road to Melbourn at the foot of Station Hill and so into the main sidings at Meldreth Station. Station Hill, it appears, was built up from soil taken from the cutting further down the line towards Royston.  There is some confusion though, as to just when this was done, as there was a level crossing in existence for a time.  This is borne out by the story of “Wuth” Woods.

“Wuth” was a very strong man, and someone once bet him that he could not pull a ton of coal (on a trolley) all the way from Meldreth Station to Melbourn Cross.  If he could manage it, the ton of coal would be his.  This was no mean gift in those days.  Apparently this was before the railway bridge was built but after the ford at Sheene Mill had been bridged, because legend says that all was on the level until the slope from Sheene up to the Church, where “Wuth” experienced some difficulty.  However, he managed it, and won the ton of coal.

Another local story involving “Wuth” tells of how he and his wife, both large and tall, fitted into their tiny low-ceilinged bedroom.  Replying to some wag’s enquiry, “Wuth” said, “Winter time we puts our feet up the chimbley, summer time we sticks ’em out the winder!”

This article first appeared in “Drifts” magazine in July 1981.