The History of Chiswick End 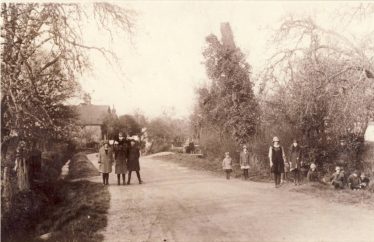 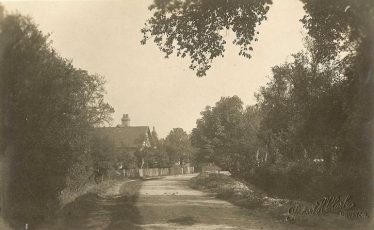 zoom
Chiswick End, Meldreth in the 1930s. Chiswick Farm is in the background. The scene is little changed from the photo above.
Robert Clarke postcard 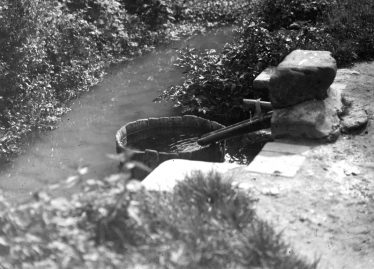 In The Early History of Meldreth by D. R. Mills written in March 1965 we read that:

Chiswick End was first recorded in 1260 when John de Chesewyk was mentioned and it originally meant “cheese farm”.  As -wick occurs frequently in Danish place-names, Chiswick End may have been the home of the 25 sokemen mentioned in Domesday. The Danes often lived in groups separate from the English population, but within the framework of an existing village and its fields. Did these sokemen form the core of the medieval freeholders of Meldreth?[Also], what was the origin of the dovehouse? Dovehouses are generally associated with medieval manors; but it would be rash to assume that this particular example was either medieval or the appurtenance of a manor house.

The end of Chiswick End, or The Green, as we called it, was nothing but a very rough chalk road, leading to the orchards on the right.  On the left were parish allotments [on or just beyond the present scrapyard] and a footpath going over the railway and coming out at the top of Bury Lane. The springs of sparkling clear water start just before the allotments.  These springs are the source of what we called the Running Ditch because the water flowed so swiftly up to the top of the lane, when it went under the [Whitecroft] road and continued to flow along the deep ditch on the left-hand side of the road.  This was the only source of water for many of the cottages and every so often along its course would be “Dipping Holes” where the stream was deeper by having been dug out for this purpose.

There was a single railway track going across the road at the bottom of station hill, across the fields, and down to the Atlas Works. The locally named Puffing Billy engine used to ply between the station and the works where the trucks were carefully loaded with the asbestos products. The line passes over the road at Chiswick End and again at Kneesworth Road. It was at Chiswick End that a child was killed whilst playing with others on the line. The line is no longer used as all the products are loaded on to lorries for direct transport. The railway lines have been removed from the road crossings, but the odd piece can still be found discarded in the hedges.

The Dumb Fleece [Flea] Pub at Chiswick End is centuries old. In a cottage near it was a small shop which stocked everyday items like needles, cottons, tape, etc.

Jack Palmer and Eric Elbourn have written their memories of Chiswick End in 1981.  You can read their account here.