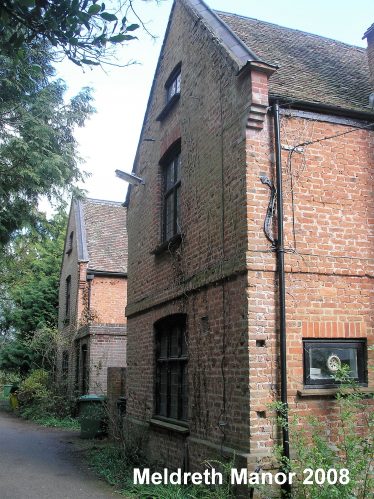 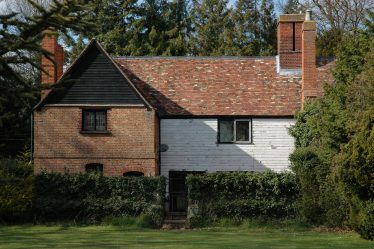 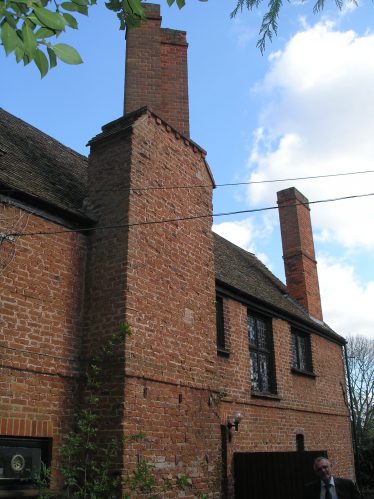 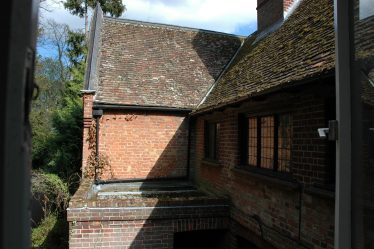 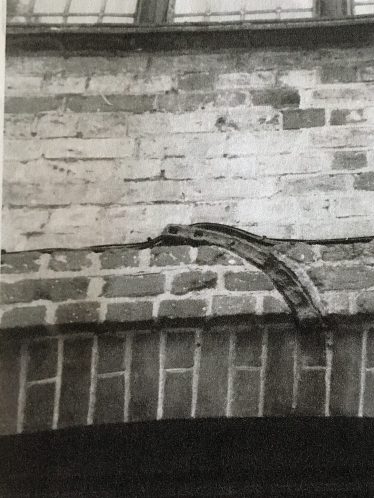 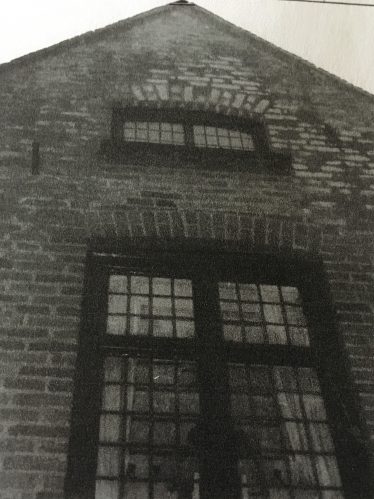 The current house was built in the 17th century as an H-shaped structure. Meldreth Manor House originally stood in 8 acres, 1 rood and 18 poles of grounds. It fell into disrepair in the 19th century and in the 1890s was used as three tenements. It was bought by the wealthy landowner J G Mortlock. The house was renovated and in the early 20th century was surrounded by gardens, including a rose garden, kitchen garden, paddock, orchard, coach house and stabling yard. The surrounding farmland was leased out to local farmers (i.e. Vernon Hart in 1945 at £8 per annum).

It was Grade 2 listed on the 18th October 1985. See the downloadable document below for the details of the listing.

The brickwork is the original red brick, in the style of Flemish Bond (alternate long and short bricks). The walls are 18 inches thick. The west wing gable ends were originally plastered but are now timber framed. It has tiled gable roofs with rebuilt gable end parapets and kneelers (a large triangular stone at the foot of a gable). These were cut to have a horizontal bed and a top conforming, wholly or in part, to the slope of the gable. The roof is part stucco which is an unusual feature as it is a mixture of cement and tiles.

There are still four chimneys, a large shafted stack of four flues partly rebuilt, two side stacks and one with diagonally set shafters rebuilt in the west cross wing. The house today has two storeys and an attic. The attic and ground floor window openings are recent to the early 20th century. The French windows leading to the garden were replaced in 2008. Some doorways have been re-sited. Eleven external doors were counted in 1996 although these have been thought to have been re-sited. There is a cellar with the entrance being under the staircase.

In the 1920s it had three large French casement windows leading onto the terrace to the rear of the house. These windows were still present in 1945 but gone by 2008. The smaller windows were originally oak framed leaded windows which have been replaced in the same style. There is evidence of new brickwork around the replaced windows. There are small windows still in the attic area. 32 windows were counted in 1996 (Ref 1)

The house in the 1920s was covered in ivy. There was also a conservatory attached to the house at that time. In 1945 there was a well kept gravel drive with entrances from 2 roads and a side drive to the stable yard, near the High Street.

There are some unusual metal posts embedded into the brickwork above windows and around chimney stacks which can only be thought to be support posts.

The roof shape is still the original H-shape with clay tiles and ridge tiles on the edges.

In 1996 the house had 11 external doors. The original sites being replaced.

Meldreth Manor has been modernised many times over the years and was divided  into 2 houses probably in 1964 when it was sold to The Spastics Society at the time the residential school for severely disabled children was due to be built (later to become Scope and then owned in 2016 by the Aurora Group).