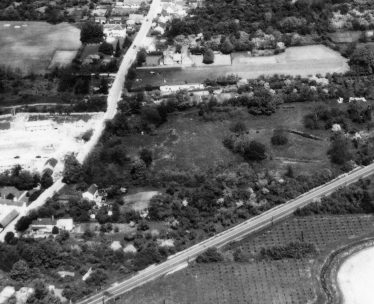 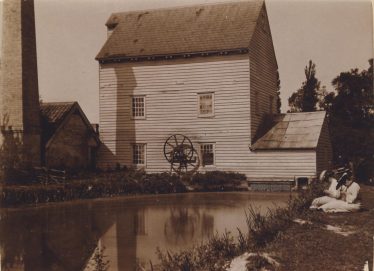 Flambards Manor acquired its name in the late fourteenth century after ownership of the manor passed to Elizabeth, wife of Edmund Flambard. However, its origins lie several centuries earlier. It is one of several manors in Meldreth that are recorded in the Domesday Book. The manor had belonged to Ely Abbey and passed to Hugh de Scalers after the Conquest. According to W M Palmer, ownership of the manor, which was spread over several parishes, had puzzled the King’s officials as well as the general public. Dr Palmer stated that “Today [the 1930s] Shepreth people will tell you that Flambards Manor is in Meldreth whereas in Meldreth you are told that it is in Shepreth.”

We began to realise the truth of Palmer’s statement when we investigated the history of the manor as part of a U3A Shared Learning Project in conjunction with Meldreth Local History Group’s 2013 Archaeological Test Pit Project. As we began to construct our Flambards timeline, it became clear that the early history and the way land was held across the current parish boundaries meant our research had to include Kneesworth, Shepreth, Malton, Orwell, Foxton, Bassingbourn, Whaddon, Wendy, Wimpole and Melbourn as well as Meldreth. We found that changes in ownership often reflected a death or marriage in a family, so we started to follow particular families who owned the land or held interests in it including the following: Flambard, Wortham, Nightingale, Mortlock and Ellis. Even today, the issue of ownership of and responsibility for the land continues to be questioned from time to time. The green is now owned by Meldreth Parish Council, although responsibility for its management rests with the residents of Flambards Close.

The results of our research are shown on a timeline, to which we have added a final column showing events in Meldreth generally. We have been unable to ascertain firm dates for the creation of the manor or its demise. Lethbridge, who carried out an archaeological excavation within the moated area in 1933, suggested that settlement first occurred c. 960AD. His excavation uncovered occupation layers from the 11th to the 13th centuries. A manor house would originally have stood within the moated area but W M Palmer believed that the house was destroyed by fire in the late eleventh century. Lethbridge asserted that the house was not standing during the reign of Henry III (1216-1272) when a layer of clay and mud apparently obtained from the moat had been evenly spread over the surface of the mound. Archaeological finds suggest only that the house did not exist beyond the 15th century. This is similar to the timeline suggested by a test pit dug on the site of Topcliffe Manor house, a mile to the north of the Flambards site.

A watermill associated with the manor was one of 8½ recorded in the village in the Domesday Book.  A mill continued to exist on the site until the early 20th century, when it was destroyed by fire.

For further information on Flambards Manor, please see the following pages on our website: