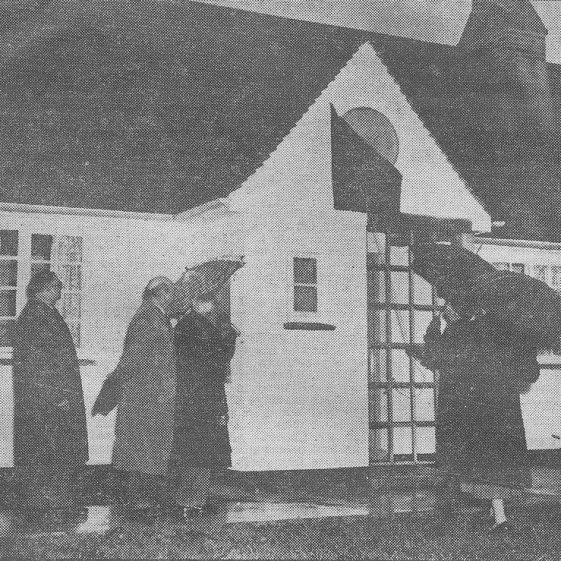 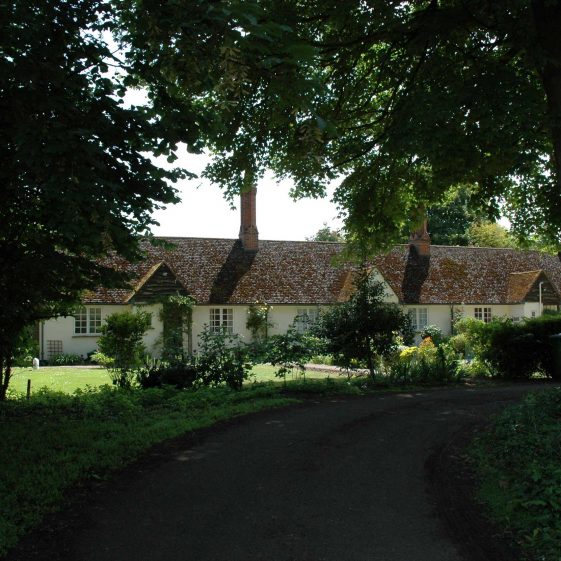 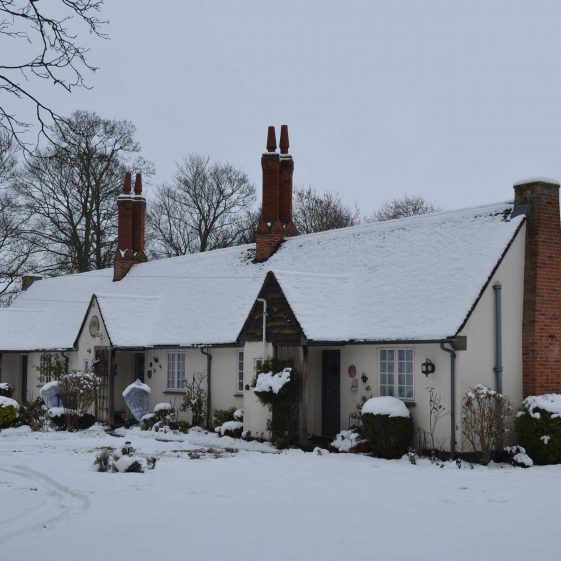 Meldreth has three almshouses which are located in the High Street, not far from the stocks.  They are administered by the trustees of the Emilie Agnes Elin Almshouses, which is a registered charity.   When vacancies arise, they are advertised in the village magazine, Meldreth Matters.  Applicants should be over the age of 60, have a connection with Meldreth and be in need.

The History of the Almshouses

Mrs Elin, who lived at The Gables, Meldreth, from 1913 to 1938 bequeathed a trust fund for the erection of the almshouses.  They were built in an Arts and Crafts style following the grant of Planning Permission in 1954 for a design by (Sir) Stephen Dykes-Bower who was at the time Surveyor of the Fabric to Westminster Abbey.  He is notable for his work on St Pauls Cathedral and latterly St Edmundsbury Cathedral to which, on his death in 1994, he left a bequest for the construction of the tower.

The almshouses were officially opened on Tuesday 11th December 1956 by Mrs G Bowen of Ickleton, a sister of Mrs Elin.  Mrs Bowen’s daughter, Miss M A Bowen of Topcliffe Mill, Meldreth, presided at the ceremony.

On Friday 14th December 1956 The Cambridge Daily News carried a report of the opening:

Miss Bowen said that the occasion was a memorable one for Meldreth, for after much “trial and tribulation” the houses were complete and occupied.  Her aunt had left a sum of money for the site, building, and endowment.  At first, a site could not be found – then the present one was obtained, and it could not have been better.  Now the scheme was all ready.
“My aunt had the village always at heart,” said Miss Bowen.  “Young and old, rich and poor were her friends, and, if she were here today, she would say this was “just what we wanted”.

Miss Bowen went on to thank the architect (Mr S E Dykes-Bower) for “a very charming building – he could not have designed anything nicer or more charming for the village.”  Thanks were due also to Mr Croxall and his men, who had made an excellent job of the building, to the solicitor (Mr P G Shaw, of Messrs. Wild and Hewitson), and “to my co-Trustees”.  (The trustees were Miss Bowen, Mrs Dainty, Mr G Palmer and Mr C Elbourn.)

In the circumstances, said Miss Bowen, it had been felt that the most suitable person to perform the opening ceremony was her mother – Mrs Elin’s sister, and she was glad her mother had been able to come.