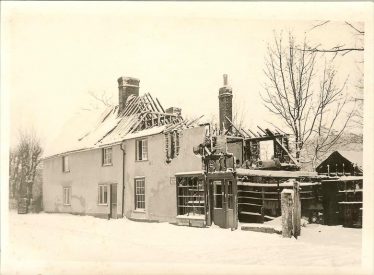 zoom
The shop after the fire
Don Findlay 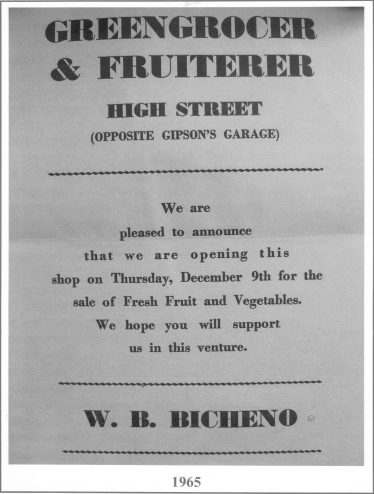 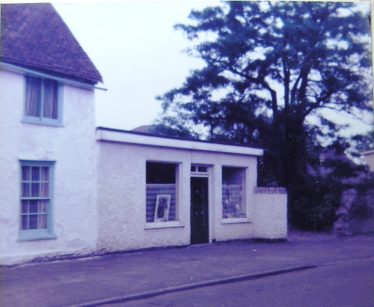 The fire in my parent’s shop was in 1954. The date I think was 13th October. I remember it vividly. It happened about 1 o’clock in the morning – my parents being woken by what sounded like boxes being banged about. On looking out of their bedroom window they saw the end of the building on fire.

I was woken up in a great panic and had to cycle to the telephone box, opposite Allerton Terrace, in my nightclothes. The telephone operator told me that the call about the fire had already been made by a lorry driver on Royston Hill, who had seen the blaze. Very soon the fire engines arrived and luckily we were all safe.

The shop was absolutely devastated, with all my father’s records being destroyed. Most of the house was badly damaged by water and was completely uninhabitable. I also lost most of my 21st birthday presents, which I had received the previous month.

We were lucky that the bakery (now the village shop) was empty and the owners offered it to my father to start up his business again and also the house next to the shop was empty and we were offered that also. Both of these offers were gratefully received and we occupied them until my father, mother and myself moved to Cambridge in 1955.

The shop was located at 59 High Street.  More details on the property can be found on another page on this website.  The house and shop were bought by the Holliday family but the shop did not open again until 1965.

Mr Bicheno, who had a shop in Mortlock Street Melbourn opened as a greengrocer and fruiterer in 1965.

The property has since been divided into flats but the wide pavement remains as a lasting memory of the shop.