Memories of Working at Meldreth Court

Memories of Meldreth Court
Press the play button to hear Kath talking about her experiences.
The transcription of the audio clip is shown alongside. 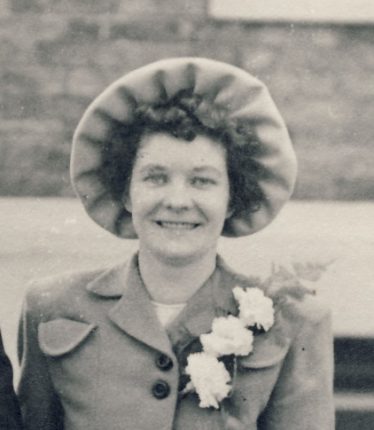 Mortlocks was haunted, I definitely felt a ghost, I do believe I did; I know I did.  I went up the staircase one night because you had to go and turn the beds back and I got coming back up this passageway and there was a swish and I felt somebody go by me.  People think you’re crazy but it’s true.  I shot down those stairs.  It was all blackout you see.

This particular night the old housekeeper said “We are going to have a countess come to stay”.  I said “Pardon?”  She said “I’m going to fetch her from London”.  I think she was a spy.  She used to go out at night, a big woman; some people in Meldreth would remember her.  She was a huge woman.  She wore men’s clothes; big black boots.  She had two Chihuahuas and she used to come and bathe them in the sink where I was doing the vegetables or something.  Me-too and Tang they were called, I remember it all so well.

My duties at Mortlocks were mostly cooking and serving table.  The house had big shutters, we used to go outside and shut all the shutters on those big windows.   It’s a fantastic house you know.  I washed up a pure gold tea set and Miss Mortlock would say “Kathy we’ve got friends coming for tea tonight”, and she’d come and give me the gold service.  I thought Oh my God if I drop that!

I have waited on table for ladies and titled people.  The Mortlocks were very good people to work for.

An extract from an interview with Kath Huggins by Terry Dash for the MLHG on July 18th 2009.

If you have any memories of Meldreth Court please add a Comment below.