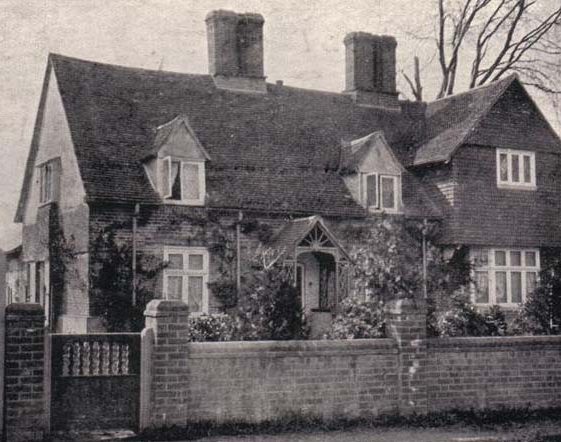 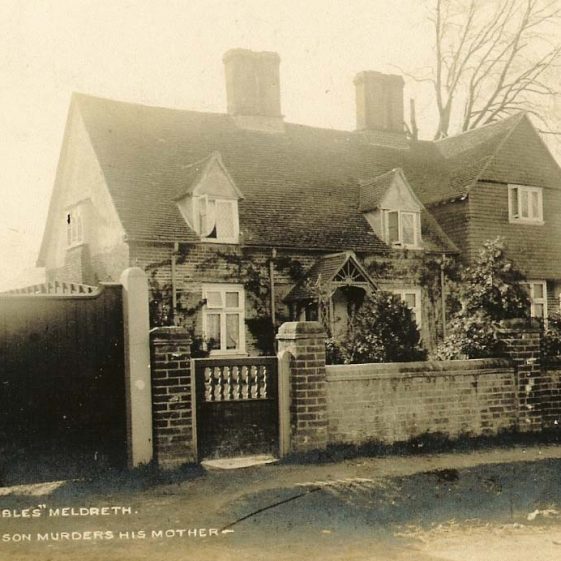 A similar view, reproduced after the murder
Postcard supplied by Joan Gane 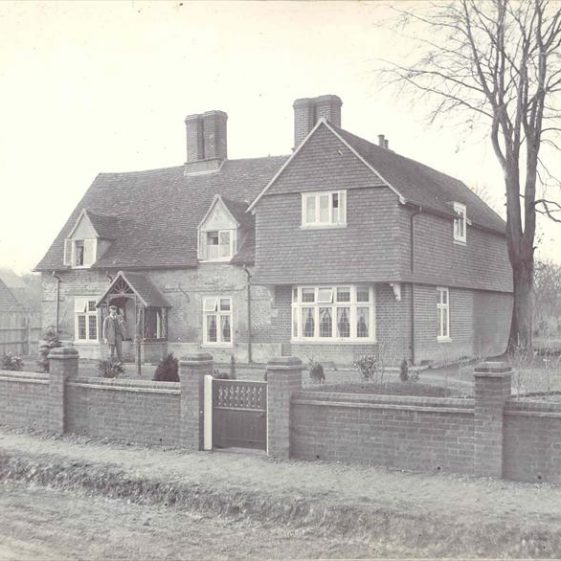 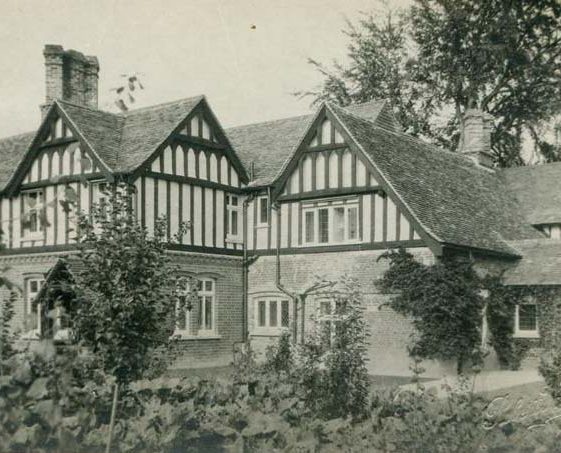 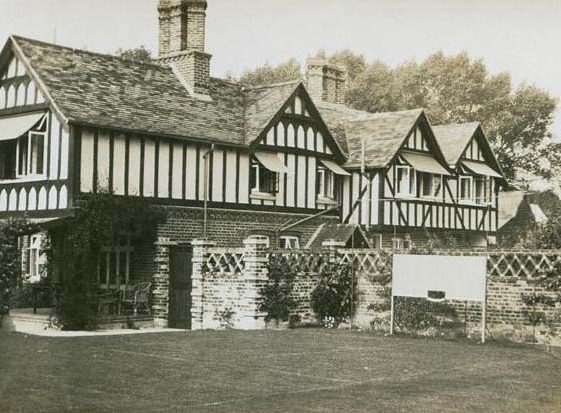 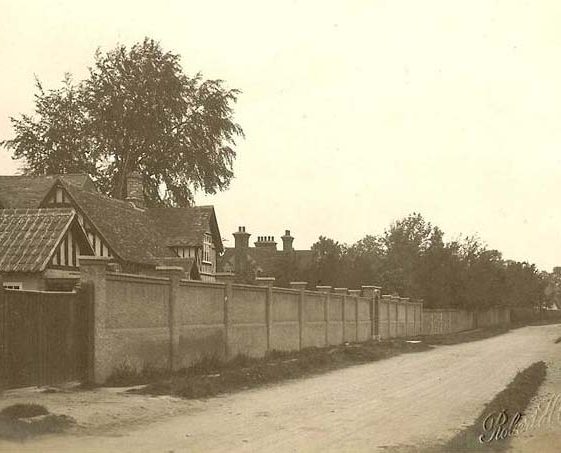 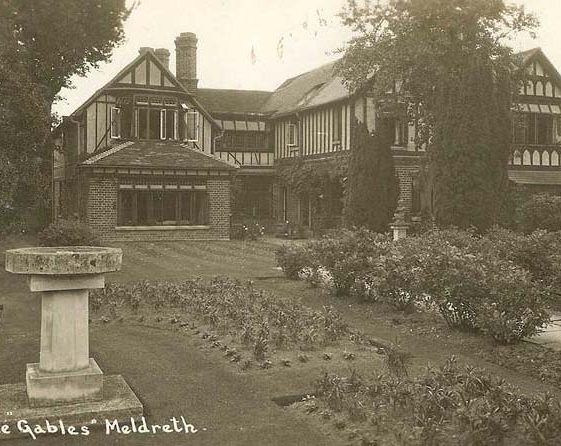 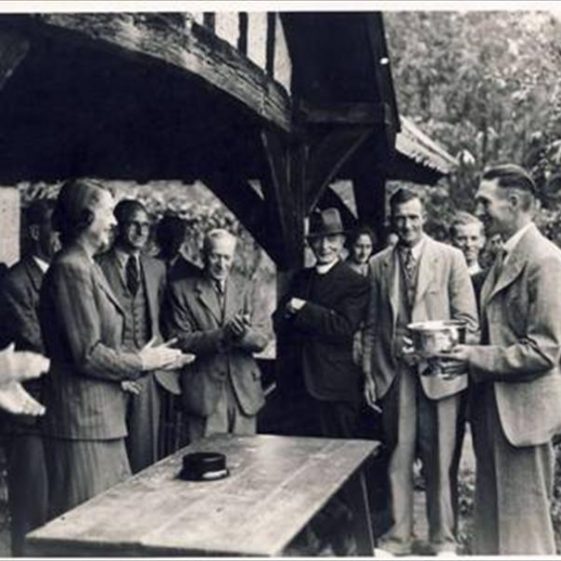 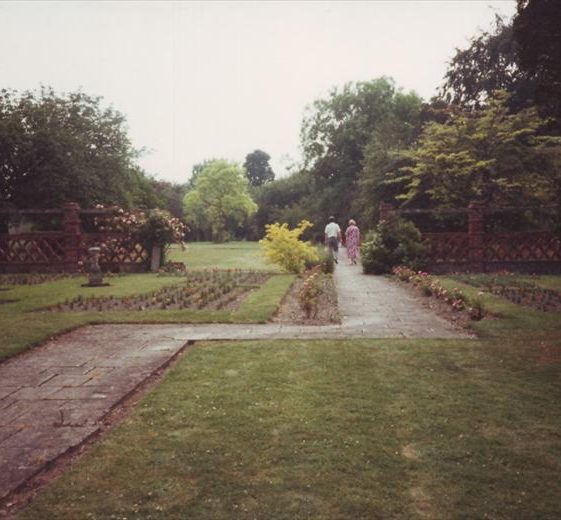 The rear garden of the Gables, 1960
Photograph courtesy of Ann Handscombe 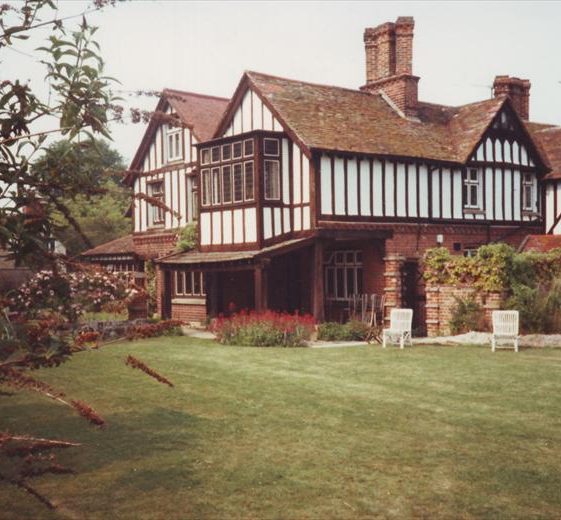 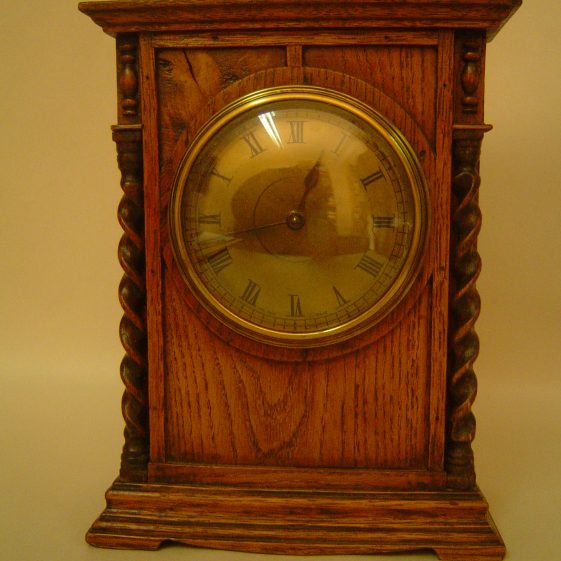 The Gables is located in the High Street (see the map at the bottom of this page) and is believed to have been built on the site of two small farms. We don’t know when the house was built but a “modern” extension was added before 1904.

In 1901, Archibald Henry Irvine, a retired civil engineer, lived there with two servants.  He had lived there since at least 1898 (National Archives reference CR.1709/350).

The next occupants of the house were the Rodgers family.  William Alex Rodgers lived there with his wife Georgina, and their children William George, Winifred, Frank and Queenie (Georgina Marion).  Tragedy struck the family in 1904 when Frank murdered his mother.

By 1916 Miss Chamberlain (cousin of the Prime Minister Neville Chamberlain) lived in the house.  She was responsible for considerable extensions and alterations, which were carried out by a team of workmen under the direction of Clement Jude of Harston.  In November 1922 Miss Chamberlain held an entertainment evening for 21 workmen and their wives to celebrate the completion of the alterations.  It is possible that the clock pictured above was presented at this meeting.  The inscription reads,

For more information on the clock, Clement Jude and the Harston connection, please see the attached document.

In 1923 the village bath chair was stored there for the use of the whole village.

The house was used for a number of village events.  For example, in 1926 a children’s party was held there and in 1927 the Conservative Fete took place in the garden.

In the 1930s the Gables was the home of Meldreth Bowls Club.  In 1932 Fred Farnham, who was head gardener at the Gables, spent his holidays in Great Yarmouth where he was taught to play bowls. He persuaded Mrs Dyne-Elin to allow him to use the tennis courts at The Gables as a bowling green. Several men in the village then formed a club which was known as Meldreth Bowls Club.  In 1937 the tennis courts were reinstated and a new green was laid on the main lawn.

Location of The Gables