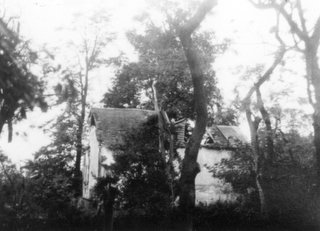 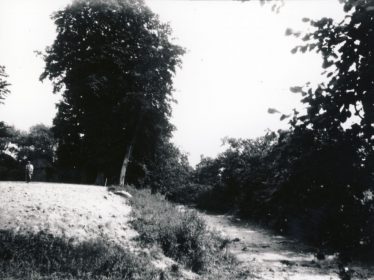 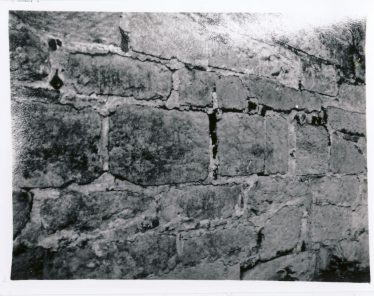 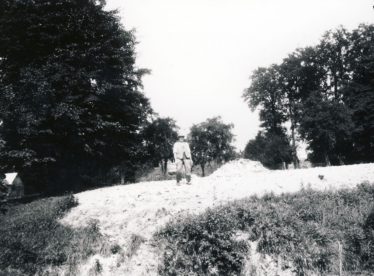 The first mention of the land on which Vesey’s Manor was to stand was in 1086, when it was the property of Ely Abbey.  There were to be many links with the church in the history of Vesey’s, so perhaps it is not surprising that the Manor House stood within sight of Meldreth Church, just across the road and river.

In 1107, some of the Abbey Estates, including Vesey’s were transferred to the newly established Bishopric.  Osbert l’Evesque (Osbert the Bishop’s man) held the manor before 1200, and died between 1202 and 1203.

His widow, Mabel of Trumpington claimed dower from her son (her right to a portion of her husband’s estate) Henry 1’Evesque.  Henry was the subsidiary or mesne Lord, to whom the Manor was sublet.  He was also involved in a dispute between the Bishop and Abbot over the chief lordship of the Manor.  In 1270 after a lawsuit, which it appears the Bishop won, Henry acknowledged that his half fee was held of the Bishop and monks of Ely, and in return they gave him 35 acres of the 80 acres in dispute to hold freely by rent.

By 1260 the name had become l’Enveyse, and the owner Henry’s son Sylvester.  Walter l’Enveyse is reported in 1302 and 1316 at Vesey’s, and also linked in some way to Argentines in Melbourn.  In Edward II’s reign Walter became Bishop of Carlisle.  Walter’s son, William l’Enveyse and his wife Joan seem to have been the last Vesey’s to have held the Manor. They granted it to William de la March for life, and he died in 1347. The medieval Vesey’s were closely connected with the Church, and as Priests were celibate, this may have been a reason why the family disappeared.

The next owner of Vesey’s on record was Thomas Cavell.  In 1382 he acquired some land and part of a mill in Meldreth.  He added to his holdings in 1390 and in about 1395 he held Vesey’s Manor.

Thomas Cavell was the founder of the Chantry for Meldreth Church.  Nearly every village Church in Britain before Henry VIII had a Chantry.  It was a foundation, whose aim was to say prayers for its members.  In Meldreth it was the brotherhood of the Virgin Mary.  Thomas Cavell founded it in about 1400. He gave 74 acres of land and meadow to provide a priest to say Masses for his soul, his father and mother, and all Christians.

Chantry chapels were usually attached to the south aisle of a church, but there is no sign of this in Meldreth.  One reference suggests that it may have been a separate building in the churchyard, but this would have been unusual.  The Chantry Chapel lasted for at least 150 years, for in 1523, a Henry Furnival was appointed clerk or chaplain to the Chantry and all its lands.  He was to be resident on the Chantry “except for one month a year at distant times”.  This seems to mean he could take a holiday – but not all at once.

The last chaplain was Robert Ullick, and the foundation probably disappeared after the suppression of the chantries in 1547, part of the dissolution of the monasteries.  The income from the land in Meldreth, Shepreth and Litlington was more than the value of the Vicar’s tithe.  There were pots and pans so apparently the brethren had a feast occasionally.  The property was sold to two London merchants for £123, and the money went to the King’s Treasury and not into the parish accounts.

A stained glass window of Thomas Cavell and his wife used to be in Meldreth Church with the inscription ‘Orate pro anima’.  The words aroused the anger of the Puritans, and caused the destruction of this window and many others.  There are 60 lights in the Church now, but no medieval glass.  On 14th March 1643 William Dowsing arrived at the Church, armed with a commission from the Earl of Manchester to destroy all popish ornaments and superstitious inscriptions.  Portraits of other Meldreth families were also destroyed:  the Descallers, de la Poles and Caldecotes were all on the north wall windows, shown kneeling, with their wives facing them and with their arms on their surcotes.  The Caldecotes followed the Cavells as Lords of Vesey’s.  Caldecotes were in Veseys from 1404 to 1527, and their heirs remained until the mid 17th Century.   So the iconoclast, William Dowsing, deprived us of portraits of the Lords of Vesey’s, and many other important Meldreth Lords on that March day.  He noted laconically in his diary “Meldreth. We defaced 60 pictures (almost certainly the stained glass) a cross on the steeple and 2 pictures of Christ”.

One last note about Vesey’s owners.  There are details of them all in the Victoria History of the County of Cambridgeshire, up to William Jebb in the 1920s.  The list is a long one.   One name is interesting.  In the 16th Century distant relatives of the Caldecotes owned the Manor.  One of them, Elizabeth Haselden married Richard Bury.  Perhaps this Richard Bury is a link to the name of the present house and farm.  Bury Farm, which stands outside the moat, and nearer the road than the old Manor was built in about 1840.

Henry l’Evesque had a house in Meldreth in the early 13th Century, when he was licensed to build a chapel there.   In 1467 the manorial site was apparently worthless.  But in 1503 there was a two-storied house with a hall, kitchen, chapel and several chambers arranged around a courtyard.  A house was also recorded there in 1563.  A house stood within a moat in 1820. The County Archaeology service regards the moat, most of which still exists, as being medieval, probably 13th century.

Village legend has it that Vesey’s burnt down.  But that must mean that a fire made it uninhabitable, for we have photographs taken in 1926 which show its ruin.   The photographs were taken by a local historian, Mr W.M Palmer from Linton.  He was a better writer than photographer and so we can only peer at the hazy photographs.

One of the clearest is of a stone wall, probably clunch.  It is labelled “The church wall of Vesey’s”.  It appears therefore that the chapel mentioned in 1563 was still standing in 1926. Presumably Bury Farm was built to replace it.  The pictures show the remains of the Manor, a desolate eerie ruin, surrounded by untended trees and dripping vegetation.   They are in fact a vivid reminder of the unkempt land which surrounded Bury Farm in 1982 when the Lynches bought it.

There is a rather clearer picture taken by Mr Palmer in 1932.  It is labelled “Vesey’s Mound”, and shows the land within the moat.  A man is standing beside what appears to be a pile of stones.  In the background the old Manor can just be made out behind the trees.  The trees look very much like the four ancient box trees we found set in a square when we arrived (sadly one has since blown down).  They are on the site where the Manor had stood.  Is it possible they were once part of a formal planting?  They are not the wild box, but a cultivar whose Latin name is Buxus sempervirens ‘Aureomarginata’ (now usually known ‘Gold Tip’).  It was available from nursery catalogues as early as 1724.

Another picture taken at the same time shows the other side of “Vesey’s Mound”.  Under one of the big chestnut trees there is a small domed building – perhaps a dovecote?

Many things are unclear.  When was part of the moat filled in?  The Ordnance Survey maps are contradictory.  When was the ruined Manor pulled down?  It seems a happy accident that made the Lynches plant a circle of box hedging within the shade of the ancient box trees.  It marks the site of the Manor House of Vesey’s.

Information about Vesey’s up to the 19th Century is taken from:
Victoria History of the County of Cambridge in the Isle of Ely Volume VIII.  OUP 1982 Armingford Hundred, Meldreth p87.